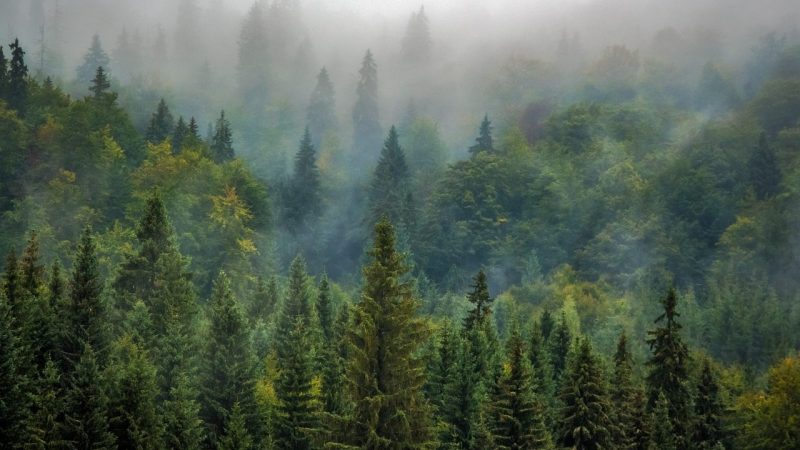 Europe's forests are getting larger, but the quality of them is declining [Robert Balog / Pixabay]

As world leaders head to Glasgow for the COP26 climate summit, campaigners have urged rich nations to take a holistic approach to forestry that considers the environmental and economic interests of communities in the Global South.

The value of forests for the environment and the local communities relying on them needs to be embedded in international trade agreements to incentivise climate-friendly practices, campaigners say.

Deforestation in the Global South is mainly caused by the exploitation of natural resources for consumption in rich countries, according to Mitzi Jonelle Tan, a climate activist from the Philippines.

In her view, changing this requires putting Indigenous Peoples at the centre of international trade agreements.

“It’s really about the systems in place that are causing all of this destruction,” she told EURACTIV. “This profit-oriented system is very colonialist, where everything that is in the Global South is taken away by the Global North.”

Some EU countries are attempting to tackle this kind of exploitation with laws preventing imported deforestation. Countries like France, for instance, have threatened to veto the draft EU-Mercosur trade deal due to major concerns over deforestation in the Amazon.

“There is a way to sustainably cut trees and protect the forests in a way that is in balance with the ecosystem,” she told EURACTIV. “That’s what leaders need to learn from. The Indigenous Peoples who live off the land understand what it is like.”

Forestry will be one of the key talking points at the COP26 climate summit in Glasgow, where leaders will attempt to agree on international carbon trading rules.

A new approach to trade deals is needed to promote sustainable forestry practices in South America and South-East Asia, where most of the deforestation is happening, according to Marc Palahí, director of the European Forest Institute.

More economic value needs to be put on biodiversity and sustainability in trade deals, Palahí argues.

“We need a much more holistic approach,” he told EURACTIV, questioning moves by rich countries to dictate forestry policy to the rest of the world

“We need to bring them the tools, the capacities, the technology, the innovation so that they can live in harmony, use the biological resources in a sustainable way, use them to make money, to provide jobs so that the local communities can thrive,” he added.

The place of forestry in international carbon trading also needs to be clarified at COP26. Because they absorb CO2, forests are often used as carbon credits to help countries or companies offset their emissions.

But campaigners have warned that over-reliance on carbon offsets risks propping up unsustainable business models, based on continued fossil fuel burning.

“Many politicians, many sectors, see forests as a tool to compensate for a broken economic system, like a shortcut to feeling better, so they can continue doing the same but claim they’re compensating somewhere else,” Palahí said.

“We should see our forests, not as a tool to compensate for our broken system, but as a tool to transform our economic system,” he told EURACTIV.

Forests fulfil multiple roles for the environment and society, serving as a home for biodiversity, storage for carbon dioxide and as an economic resource for local communities. To be effective, forest conservation measures need to keep all of those functions in balance, Palahí argues.

In Europe, too, these functions are not in balance. Environmental NGOs are warning that, while the amount of forested area has increased, their ability to absorb CO2 has dropped.

“European forests are getting larger, there’s an expansion of forest area, but the quality of those forests is declining,” said Hannah Mowat from the forestry NGO Fern.

This is due to an increase in harvesting and climate change impacts, like forest fires and pests. And these are only going to get worse with climate change.

“Many forests will reach a tipping point where they will no longer be able to deliver the ecosystem services that we are used to,” Palahí told EURACTIV.

“We’ll start seeing the symptoms, with increasing forest fires in places in Europe where there were not so many forest fires before, pests and diseases like bark beetle, destroying millions of hectares,” he said.

Unless forests become more resilient to this new climate, many of them will deteriorate and become a source of emissions rather than a sink, added Palahí.

One of the solutions, then, is to embrace the economic potential of forests – for example, to replace fossil materials like plastics.

“If we can connect the dots between this new economic traction that forestry and forest-based solutions will have and use it to finance the adaptation that our forests need, we could have a win-win solution,” Palahí argued.