The sense of urgency is actually more palpable among some companies present at the COP25 than among negotiators. Although the most ambitious hold firm on to their position, as MEP Bas Eickhout, head of the European Parliament delegation to the COP25, recalled.  EPA-EFE/JUAN CARLOS HIDALGO

As civil society pushes for more ambition in fighting climate change, the slow pace of negotiations at the COP25 climate summit in Madrid is frustrating activists. EURACTIV France reports.

With more than 20,000 people gathered in Madrid, the COP25 is already a success in terms of mobilisation and organisation.

But the community of “observers”, in which NGOs, activists, companies and think-tanks are mixed up, was shocked by the attitude of the security services, as they temporarily blocked their access on Wednesday (11 December) and expelled 300 activists from the COP after a somewhat noisy demonstration by young people.

The United Nations services then provided an explanation and everything went back to normal. But the episode highlights the frustration of civil society, which came en masse to support the negotiators, but ultimately felt excluded.

However, there are far more meeting places than before, and young people, as well as minority representatives, have been invited to speak in plenary sessions on several occasions alongside officials.

But such invitations are nevertheless more readily given to the former US Secretary of State John Kerry, who spoke in Madrid on Thursday, than to the activists. 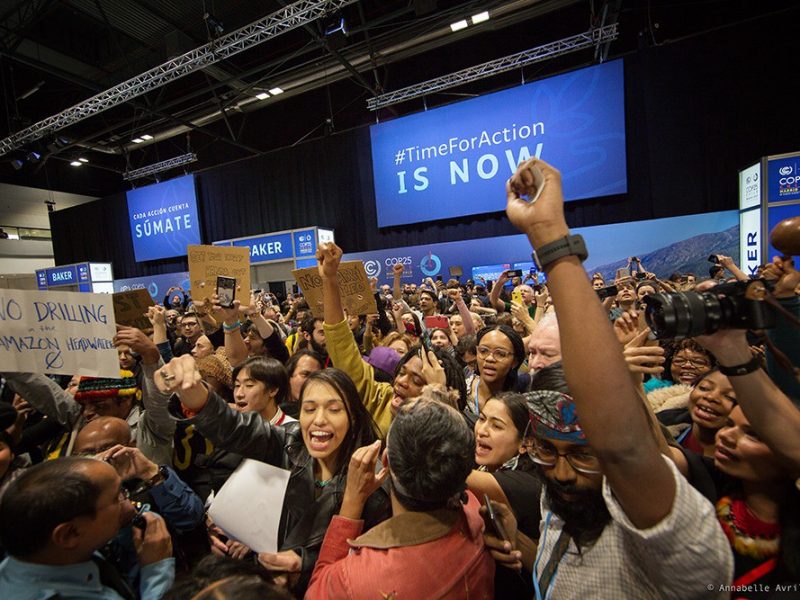 As UN climate negotiations enter their second and decisive week, EURACTIV gives you a glimpse into the goings on of the 25th climate conference in Madrid (COP25) and what is driving the conversation there. In this edition: Badges taken away, German satisfaction, French absence, and fighting in Tokyo.

“There is more porosity between the different circles, the commitments of companies and local authorities are regularly cited and praised,” said Lola Vallejo, a climate expert at the Institute of Sustainable Development and International Relations (IDDRI).

But ambition is not a priority for everyone. For example, since UN rules require unanimity, Saudi Arabia’s refusal to have the work of the IPCC or human rights mentioned in the final texts seemed to upset the flow of negotiations.

The sense of urgency is more palpable among some companies present at the COP25 than among negotiators. Although the most ambitious firmly hold onto their position, as MEP Bas Eickhout, head of the European Parliament delegation to the COP25, recalled. 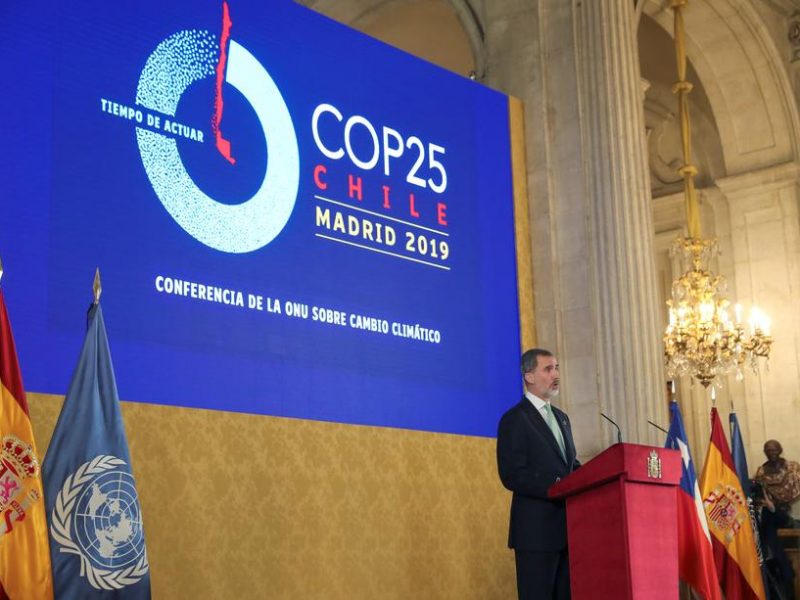 Countries such as Brazil, China and Saudi Arabia, are criticising Article 6 of the Paris Climate Agreement and its carbon offsetting mechanism even though they are currently not footing the “climate bill”. A stance which climate advocates fear will weaken the entire treaty. EURACTIV France reports.

“No agreement is better than a bad agreement,” the Dutch MEP said, insisting that the integrity of the Paris Climate Agreement should not be called into question by the discussion on carbon offsetting.

Lola Vallejo warned, however, that “this COP should not be judged by Article 6”, as the slow progress of negotiations on the terms to be used in the section of the treaty dealing with losses and damages, but also on future ambition, created more problems on top of the tricky issue of carbon credits.

In the meantime, youngsters have decided to exert some pressure on the last day of the climate summit. Furious about the treatment of civil society, the Fridays for Future organisation even called for an international strike on 13 December.