The threat of extreme weather caused by climate change and the challenges it can pose to EU citizens and insurers were highlighted again last week by the floods in France, which killed four and cost millions.

French Prime Minister Manuel Valls on Monday (6 June) announced emergency help worth millions of euros for those who “lost everything” in the floods in Paris and beyond.

In Bavaria, the damage is over €1bn already and the state government is pushing for a mandatory insurance scheme.

Earlier, floods in Britain in 2014 resulted in banks offering victims three month mortgage repayment holidays, as businesses and homeowners struggled to cope with the cost.

Insurance coverage is not keeping pace with the growing frequency of climate impacts such as extreme weather, according to E3G, an environmental think tank.

There is more and more scientific evidence for the links between global warming and more frequent and worse natural disasters.

According to data collected by the Munich RE reinsurance company’s 2015 report, the number of weather related loss events in Europe has grown steadily over the last 35 years since 1980. Insured losses have also increased over that period. 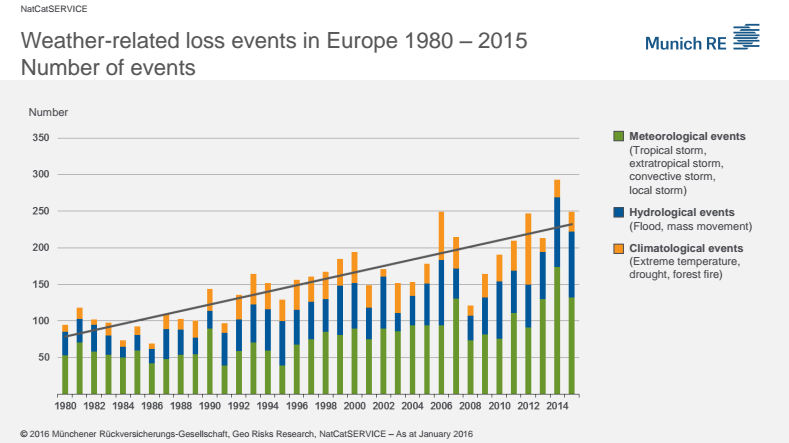 And it is not just flooding putting pressure on premiums in Europe.

The report read, “The highest losses from heatwave and drought […] were caused by the hot, dry summer in Europe. The overall loss totalled some 1.9bn; only about a tenth of this was insured.”

“Climate change could prove to be an existential threat if not handled properly,” said one  industry insider.

“We could not guarantee insurability. It would increase risk to a considerable degree,” said the source, who preferred not to be named.

That was denied by Robert Dickie, CTO of Zurich Insurance.

He said, “I don’t think anyone is uninsurable. Pricing may become less attractive to the client. There is always someone willing to insure, depending on risk appetite.

“There are a number of people coming into the industry because people see insurance as a good return and are prepared to take on and commit to underwriting the risk.”

Rosalind Cook, of E3G, warned that the liabilities of some insurers could lead to costs being passed to the taxpayer.

Mark Carney, the governor of the Bank of England, has highlighted the risk of financial shocks to insurers if climate risk grows much further.

The European Commission has also begun to look into the issue of liability as part of its work on the Capital Markets Union. Separately, the executive’s climate action department held a stakeholder workshop with insurers to get their opinion ahead of the 2017 review of its climate adaptation strategy.

Taxpayer on the hook?

That raises concerns that if insurers do stop insuring, the costs of climate damage could be passed onto the taxpayer through municipal and national governments.

“Today’s model of climate risk insurance is unsustainable in a Europe of climate extremes. It needs to be reformed,” said E3G’s Rosalind Cook,

“Crucial economic sectors and vulnerable communities face a lack of access to insurance and undervalued risk could lead to insolvency. If insurance coverage becomes unprofitable with climate change who’s going to pay? These are major public interest issues that we have barely started to tackle.”

In some countries where the risk is too large, public-private partnerships can be launched to ensure affordability of cover.

When the Dutch government pulled out of such a scheme, the Dutch Association of Insurers was able to develop a private flood insurance solution.

Insurers are experts when it comes to calculating risk and have sophisticated models to assess it, including climate change risks.

Zurich’s Dickie said those risks were well understood, and pointed out that they affected the whole economy, not just insurers.

“These events have a massive impact on commercial and corporate customers, because of supply chains. And the more we understand the impact of global weather on supply chains, the better.

One industry source agreed. “Big Data and data analytics will have many benefits to taking measures to limit risks, and take responsibility for premiums,” he said.

A lot of climate related discussion will be about adaptation, he added. 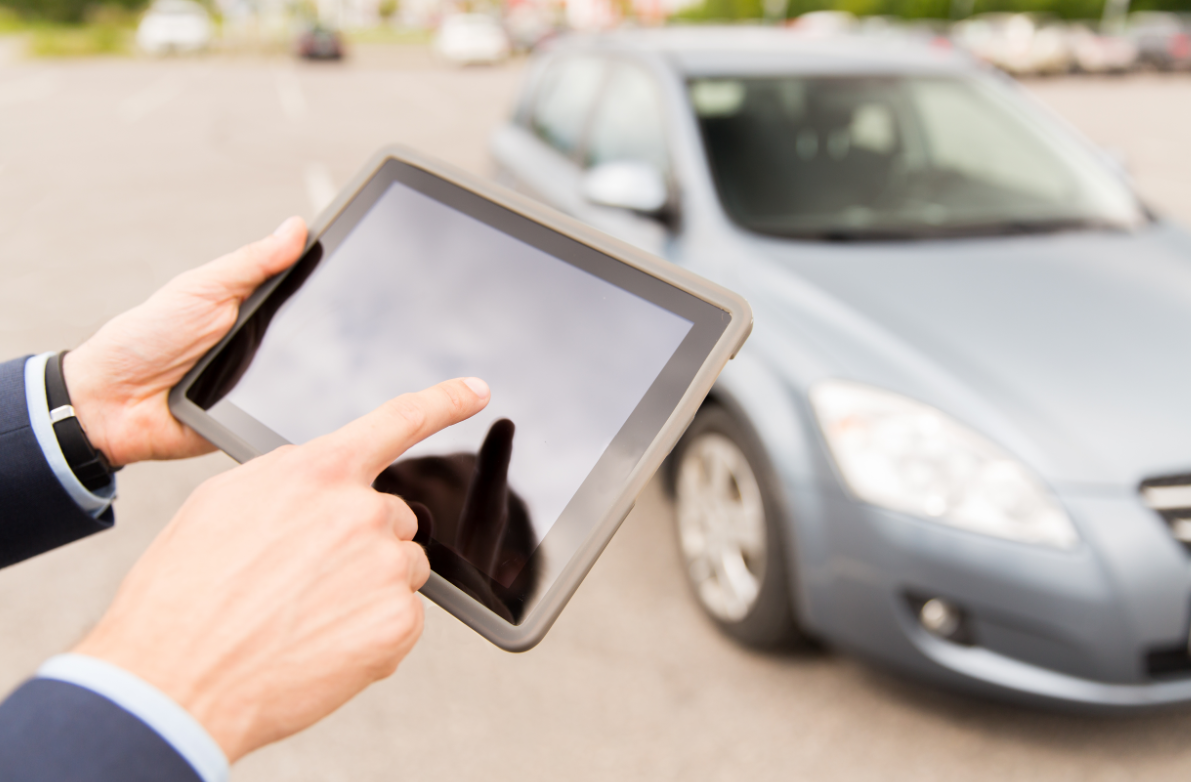 How will big data change insurance?

The systematic collection and treatment of large amounts of (private) digital data is transforming the insurance industry, raising new legal issues for policymakers along the way. From health to car insurance, EURACTIV.com provides an overview of the challenges and regulatory initiatives at European level.

The European insurance industry supports land-use planning and the raising of risk awareness by developing improved risk-mapping and zoning tools.

Insurers help policymakers identify the appropriate areas in which public-private cooperation can be beneficial by providing research, encouraging prevention measures, delivering financial solutions and applying their expertise to track trends and define problems posed by climate change, it said in a recent paper.

But adaptation is pointless – and insurability under threat – if climate change continues to get worse.

At the time, Michaela Koller, director general of Insurance Europe, which lobbied for the cap, said, “Europe’s insurers welcome the momentous progress which has been made. Tackling both the causes effects of climate change will be one of the defining issues of our time.

“It is incredibly important that the momentum gained through this agreement is maintained and that governments take steps to limit global warming and prepare their societies to the effects of climate change through better adaptation.”

Achieving the necessary shift to a low carbon economy remains a significant challenge for policymakers in the EU and the world, where many countries face even more disastrous consequences as a result of climate change.

The systematic collection and treatment of large amounts of (private) digital data is transforming the insurance industry, raising new legal issues for policymakers along the way. Read our special report here.

How will big data change insurance?

The systematic collection and treatment of large amounts of (private) digital data is transforming the insurance industry, raising new legal issues for policymakers along the way. From health to car insurance, EURACTIV.com provides an overview of the challenges and regulatory initiatives at European level.

EXCLUSIVE/ Thousands of cities signing up to the new Covenant of Mayors tomorrow (15 October) will submit reports on their vulnerability to climate change to the European Commission every two years - but are under no obligation to make the information public.