Spain’s national energy and climate plan (NECP) sets a target of 23% greenhouse gas emissions cuts by the end of the decade, compared with 1990 levels. The strategy insists that will put it on the right path to going carbon neutral by 2050.

Each EU member state was obliged to submit a final version of their NECPs to the Commission by January, so that officials could start crunching the climate numbers for the bloc’s overall strategy.

The EU executive intends to ratchet up the current 40% cuts target to between 50 and 55% but an ongoing impact study on costs will be incomplete without final data from all 27 countries.

France, Germany, Ireland, Luxembourg and Romania are still yet to turn in their homework and are at various stages of the process. Luxembourg finished its public consultation on 29 March but the large volume of responses will take time to process, according to the government.

The Spanish government actually cut short its own public survey due to the impact of the coronavirus outbreak and will reserve the right to amend the NECP – sent to the Commission on 31 March – once the situation has returned to normal.

Romania’s strategy was under consultation until the end of February and is now in the process of getting final approval from the government.

Germany’s economy ministry is reportedly still fine-tuning the plan and is “working hard on it”, according to Clean Energy Wire. EU climate chief Frans Timmermans wrote to Berlin and the other latecomers in February reminding the governments of their obligations.

Energy ministers might meet in an informal virtual summit at the end of April to analyse the impact of the coronavirus on the sector and according to the Croatian presidency of the Council, the agenda could include a discussion on the NECPs.

France’s plan is also missing in action, although a draft version submitted to the Commission in 2019 was hailed by environmental groups. The European Climate Foundation ranked the French strategy second in the EU – behind Spain’s – in terms of quality.

The virus outbreak may yet derail climate policy further, as its effects will significantly alter factors like GDP and energy demand for 2020, which could open up the impact assessment to criticism. It is still due to be published in September.

Spain decided in 2018 to aim for a 100% renewables-powered electricity system by 2050 and to get the country on the right track, clean energy sources will supply 74% of demand by 2030.

Current levels of hydroelectric power will be maintained but solar and wind capacity will quadruple and double, respectively. Biomass capacity will also increase twofold.

The head of industry group WindEurope, Giles Dickson, said that “Spain has long been a leader in renewables: wind is 20% of their electricity and they create more export revenues from wind energy than from wine.”

Ocean tidal power and geothermal energy will also be deployed more, according to the NECP, which predicts reduced costs for the as-yet fledgeling technologies.

Renewable energy’s impact on the transport sector – where EU-wide emissions are still growing – will also increase. The NECP says that clean power’s share should reach 28% by the end of the decade.

“Modal change, deployment of electric mobility and promoting the manufacture and use of advanced biofuels,” are the main ways to achieve the goal, according to the plan, which also points out that the EU has only set a benchmark of 14% for 2030.

Spain will also seek to boost its cross-border power connections to improve energy security and increase renewables capacity further. The government’s plan sets a 15% interconnector capacity target, which is in line with an EU-wide benchmark.

It is an ambitious goal though because Spain’s capacity is currently below 5% and it is the only EU country that has failed to meet the bloc’s 2020 target of 10%. New power cables across its borders with Portugal and France are on the agenda.

The NECP also confirms that Spain will ditch coal power by reducing its current capacity of nearly 8GW to just 2GW in 2025, ahead of a full phase-out. Nine of its coal plants are due to close later this year, although it is unclear if the coronavirus outbreak will delay that.

Nuclear power will remain in the Spanish energy mix though, despite indications that atom-smashing might be nixed early by the socialist government. The 7.4GW of power will remain fully online until 2025 and then halve by 2030.

Spain has seven nuclear reactors, none of which are licensed into the next decade and four of which are due to be retired by 2030. According to a recent report, decommissioning could cost €23 billion and take until 2048 to be finalised. 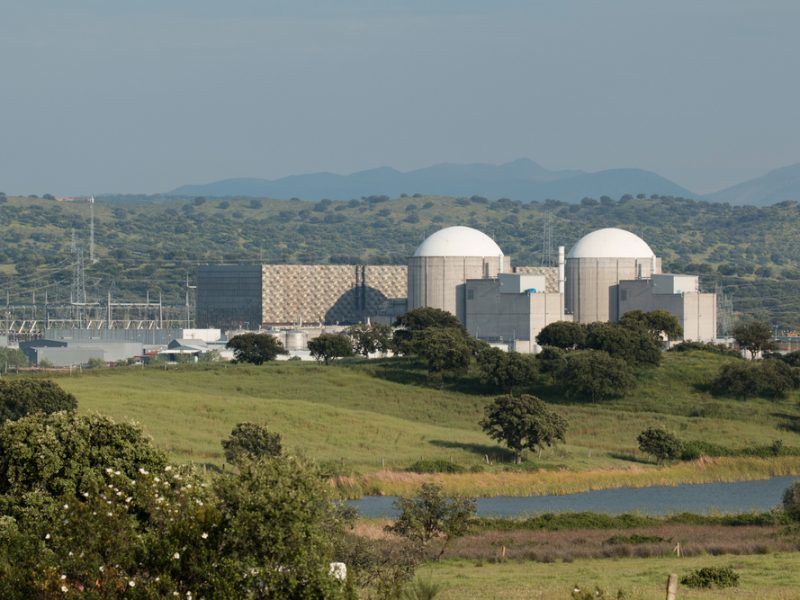