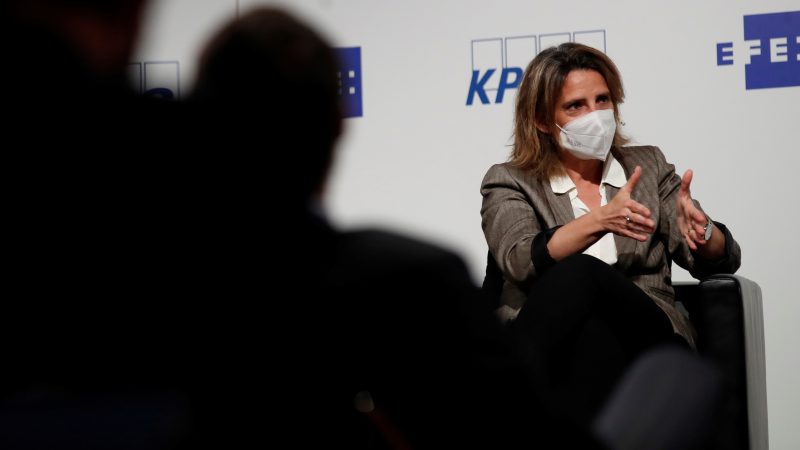 Spain's Minister for Ecological Transition and Demographic Challenge Teresa Ribera gestures as she participates in the fourth of the forums organised by EFE news agency and consulting firm KPMG on European funds, focused on the challenge of energy transition, at Cervantes Institute's headquarters in Madrid, Spain, 28 April 2021. [EPA-EFE/Juan Carlos Hidalgo]

A decade after it was first called for, Spain has finally approved its climate law.

Spain’s parliament voted in favour of the long-awaited climate law, which commits the country to cut emissions 23% by 2030, compared with 1990 levels.

The law bans all new coal, gas and oil exploration and production permits with immediate effect, prohibits the sale of fossil fuel vehicles by 2040 and enshrines a goal to generate 74% of the country’s electricity with renewable sources by 2030.

Lawmakers agreed that production of fossil fuels must end on Spanish territory by 31 December 2042 and restricted the use of fossil fuel subsidies by mandating that they be “duly justified by social, economic or social interest”.

“For the planet, for our future and for the next generations. From today, Spain has a climate law on which to build a green, sustainable, fair and prosperous future for all,” prime minister Pedro Sanchez tweeted following the vote on Thursday. 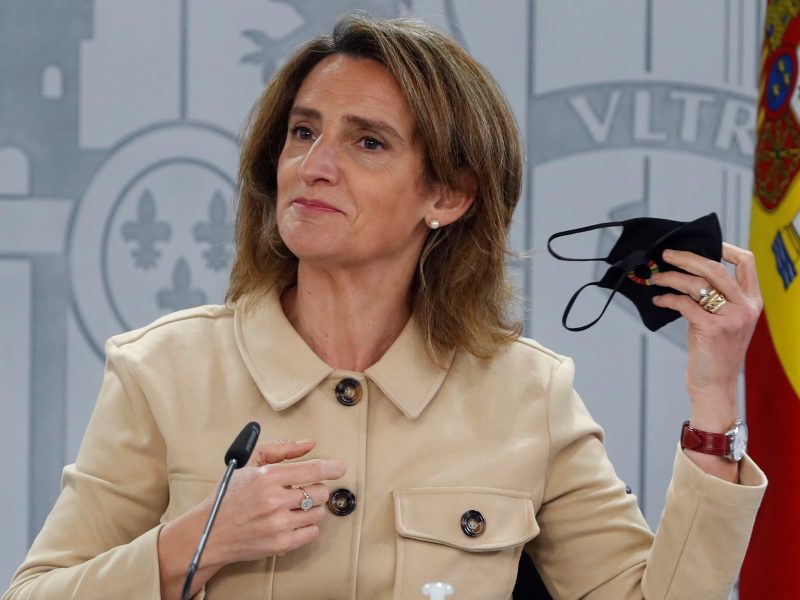 The Spanish parliament approved a clean energy bill on Thursday (13 May), aiming to achieve carbon neutrality by 2050 in line with EU-level ambition and banning the sale of fossil fuel vehicles by 2040.

Spain’s energy and environment minister Teresa Ribera described the legislation as “an essential law we must continue to build on”. In an interview with Spanish newspaper El Pais, Ribera acknowledged it “should have been put in place 10 years ago”.

Spain’s 2030 emission reduction target is significantly lower than goals set by other major European emitters. Germany announced last week it would cut emissions 65% between 1990 and 2030 and the UK committed to 68% cuts during the same period. The EU finalised discussions to raise the bloc’s 2030 target from 40% to at least 55% last month.

But unlike the UK and Germany, Spain’s emissions rose between 1990 and 2007, and are currently at levels seen in the late 1990s. Spain failed to meet its targets under the Kyoto Protocol, exceeding its emission cap by more than 20%.

This is one argument the Spanish government uses to justify its lower target for 2030. When compared with a 2020 baseline, the new target is among the most ambitious in Europe.

“The argument is if you take present-day emissions as your baseline and look forward, then Spain is in line with that EU commitment and is among the highest,” David Howell, head of environmental governance at NGO SEO Birdlife, told Climate Home News.

But when compared against a 1990 baseline, the targets are far less ambitious. “Spain has only just dropped down below 1990 levels,” Howell said.

Howell said Spain would have to make a “huge effort” to catch up with other EU nations that have been on a decarbonisation pathway for a long time. “We think 55% is what Spain should be setting out to achieve as an industrialised nation with historic responsibility,” he said.

The law states that climate goals should be reviewed periodically, with the first consultation scheduled for 2023. Campaigners hope the government will choose to raise its ambition then.

“Only by increasing its emission reduction targets will Spain be able to decisively combat the climate emergency,” Greenpeace said in a statement. 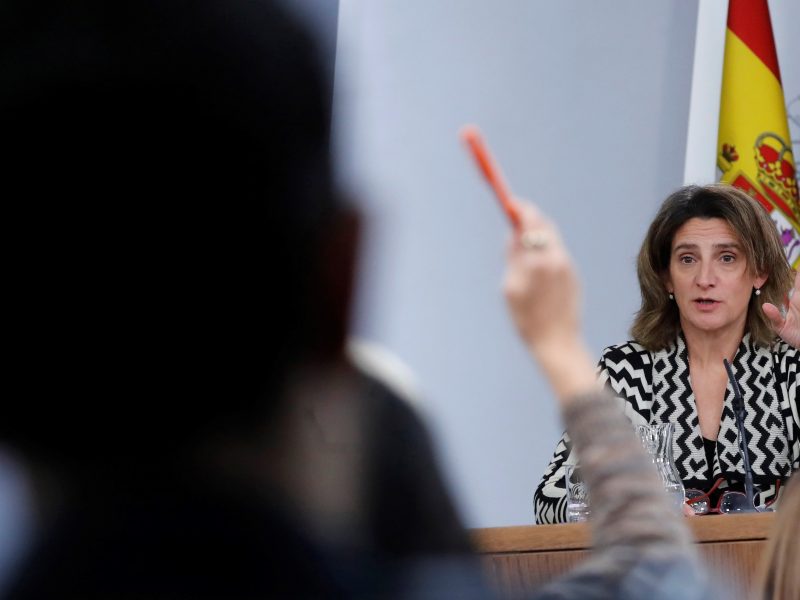 Campaigners have called on the government to establish an independent climate committee that would advise on enhancing Spain’s climate goal from 2023.

“I do regret that the Spanish climate law doesn’t have an independent science expert committee, nor carbon budgets like the UK does,” said Peter Sweatman, CEO of consultancy climate strategy and partners in Madrid.

Despite these omissions, the law “is a step in the right direction,” Sweatman told Climate Home News.

The law is the first in the world requiring all companies to set out clear climate action plans with emissions reduction targets that must be achieved over a period of five years. “This is a win for leading firms, and Spanish listed businesses in reducing climate risks,” said Sweatman.

For Romain Ioualalen, senior campaigner at Oil Change International, the decision to end fossil fuel production in less than 12 years is “a welcome development”.

“It is further proof that the escalating climate crisis means that no country can claim to be a climate leader if they don’t put an end to fossil fuel expansion and commit to phasing out production,” he said.

This article first appeared on Climate Home News and is republished here with kind permission.