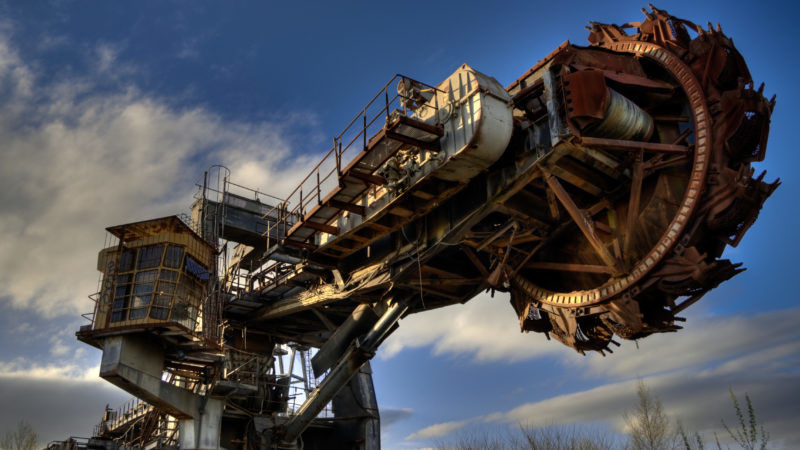 A new study makes it clear that any delay moving away from a carbon-heavy economy will rack up huge costs, both financial and environmental. [Grégory Tonon/ Flickr]

A quarter of Germany’s greenhouse gases come from its 30 largest coal-fired power stations. The coal appetite of industrial nations like those in the G20 is doing dramatic damage to the environment and people around the world.

Renewable energy and environmental associations have long demanded that leaders fight back against powerful energy corporations.

German Foreign Minister Sigmar Gabriel (SPD), who as economic affairs minister often protected the coal industry, now wants to use Germany’s presidency of the G20 to boost his country’s energy transition, the Energiewende, as well as take it global.

In front of ministers, business representatives and associations from 93 countries gathered at the Dialogue, Gabriel extolled the virtues of energy transition, with a wink to the United States: “Energy policy is an issue that cannot be discussed within national borders. Climate change cannot be fought with fences and isolation, rather it needs international cooperation. We need exchanges between politics, science and the economy, across national borders.”

Ahead of the G20 summit in July, the German government feels it is its duty to remind fellow governments of their obligations to the Paris Agreement, as well as taking the wind out of the sails of opponents to energy transition.

This is largely aimed at mitigating American opposition to moving away from a carbon-heavy economy, in order to prevent investment from flowing into fossil fuels at the expense of renewables.

“Trump is apparently seeking to turn back the clock on climate policy, despite all the scientific evidence. Against this background, it sends a strong signal when both organisations, with their different backgrounds, both call for further massive investment in renewable energies and energy efficiency, not just to meet climate targets but also to bring about billions in economic benefit,” Rainer Hinrichs-Rahlwes, board member of Germany’s renewable energy association (BEE), told euractiv.de. “Any delay is very expensive,” he warned.

The study makes it clear that any delay in a global energy transition drastically increases the risk of investment being pumped into fossil fuels instead, so-called ‘stranded investments’. That is why the study also renews calls for Germany to phase out of using coal as soon as possible.

“The numbers from this study make it clear that any investment in more coal power or new lignite mines is not only politically irresponsible in terms of the climate, but will lead to losses running into the billions,” Hinrichs-Rahlwes added.

A shift away from fossil fuels could, according to the study, boost global GDP by 0.8% ($1.6 billion) by 2050. This would be a result of operational efficiency through new technologies, as well as the reduced costs associated with cheaper renewable energy production. There is also an enormous potential for new job creation.

“Even if 2017, because of Germany’s elections, is maybe not the year for bold decisions, I hope that the next government finally sends a clear signal and tackles the phase out of coal, oil and other fossil fuels, as well as accelerating the development of renewable energies,” Hinrichs-Rahlwes concluded.