The Brief – Migration crisis? You ain’t seen nothing yet 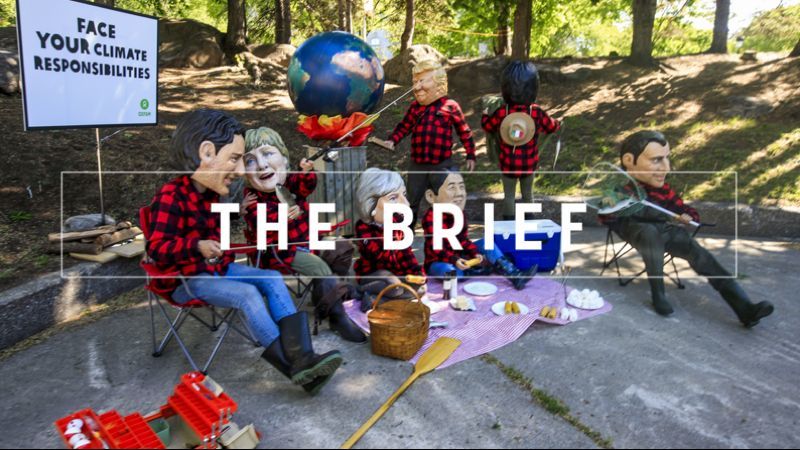 Europe sure has reached new lows if the recent arrival of several thousand often needy and desperate people could prompt the circus that was this week’s migration-dominated EU summit. It’s only a tiny taste of what faces this continent in the coming years.

Migration crisis… They keep using that word. I don’t think it means what they think it means. We’ll probably look back on this decade as a time when things were really not so bad. And you know why?

Climate change. Yes, click away if you’re bored of reading about it but it’s not going anywhere. We’re at a stage now where any scientific evidence that matters points to a worsening of the problem too, so don’t dismiss it.

There are nearly 70 million displaced people around the world, according to the UN, and figures show that over 20 million have been affected by disasters like drought, storms and floods since 2008.

Recent research by Columbia University looked at how the changing climate had affected asylum applications in the EU since 2000. Their results showed that on the current trend the number would skyrocket 28% to nearly half a million per year by the end of the century.

International frameworks still seem totally unprepared for the scale of the challenge too. Persecution and freak events are still considered the main drivers of movement but escalating phenomena like desertification or rising sea levels are not overnight events.

Unfortunately, the current trend of kicking the climate can down the road doesn’t look like changing anytime soon.

2015’s Paris Agreement on climate change is meant to keep global warming below 2 degrees Celsius this century and to aim for 1.5 degrees, compared to pre-industrial levels.

Just five countries out of 195 are on track to meet 2 degrees, while just two, The Gambia and Morocco, look like hitting the 1.5 degrees Holy Grail.

The differences between those two scenarios is massive, if the latest draft of the UN’s landmark climate report is anything to go by.

Numbers are still being crunched but while experts now say we have a better chance of hitting the 1.5 degrees benchmark, the idea of making do with 2 degrees is starting to look dangerous, as there is broad consensus that this amount of warming has a much bigger impact than previously thought.

So EU leaders can stay up until 5am every morning wasting their time if they like, bickering about who should do their fair share, whether this boat can dock here or there, who should pay what and how much a human life is actually worth.

They can threaten to topple their political rivals and allies, complain about a lack of solidarity, refuse to get over the headache of the 2015 crisis and continue to ignore the problems that put us in this situation in the first place.

You see, as UN environment boss Erik Solheim told EURACTIV last week, attending a climate conference every few years isn’t enough. It’s what happens in between that matters. And, quite frankly, there hasn’t been much beyond unfulfilled promises.

So we’ve got two choices: We can keep grousing about who and how many people we should share our societies with or we can figure out how to live with climate change. Because there’s no stopping it now.

The ‘mother of all summits’ wrapped up earlier. Check out how it all unfolded here. It was all supposed to be about unity but there wasn’t even a family photo, in what seems like a new tradition.

Jean-Claude Juncker was in full House of Cards mode about his upcoming trip to Washington to try and avert an all-out trade war. Conclusions on the eurozone were, as expected, the bare minimum.

Brexit barely got a mention, except on “insufficient progress”. Emmanuel Macron has lost patience and wants a final withdrawal deal done by the autumn. British actor and repentant Leave voter Danny Dyer summed up ex-PM David Cameron’s role in one moment of genius.

One overlooked result of the summit was an agreement between the Baltics, Poland and the Commission on decoupling Estonia, Latvia and Lithuania from Russia’s power grid and sphere of influence.

It’s been a busy week across the Pond too: Trump allegedly tried to bribe Macron to leave the EU, as well as threatening to leave the WTO again, while the boss of Harley Davidson had to insist that he didn’t call the president a “moron“.

Anyone thinking of escaping Brussels for a break in the Balearics might want to check the water before swimming, a Great White was spotted off Mallorca. Dunnnnn dunn… dunnnnnn dunnn…

The weekend. The end of the summit madness. Enjoy it.

Anyone woken up from the Belgium-England snoozefest yet? At least we got one memorable moment from it: no, not Januzaj’s goal. Croatia’s football-mad president is going to Russia for Sunday’s Denmark game but the PM is holding out for the next round.

Views are all the author’s