The Brief, powered by EVA – Where is the ‘Klimakanzlerin’ when you need her? 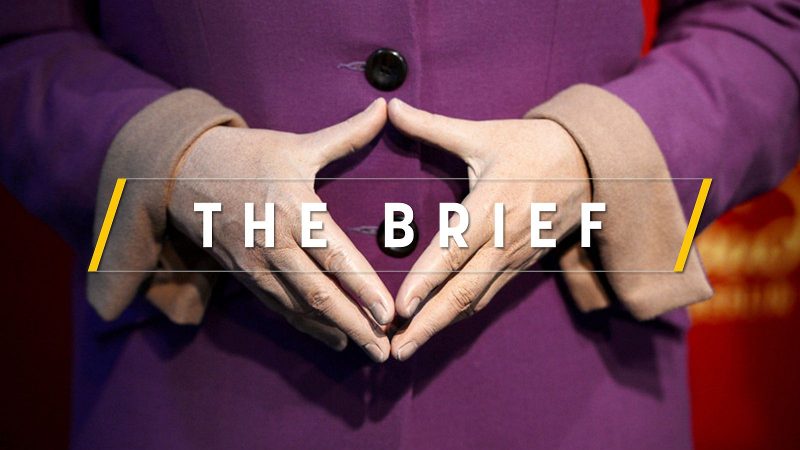 This week is the super climate week in Brussels: Greta Thunberg is in town, the Commission has just presented its long-awaited and much-commented climate law, the Environment Council is meeting tomorrow.

All this happens in a context of emergency that sees the impact of global warming on a steep increase worldwide. This super climate week also takes place in the context of acute coronavirus fears.

There are similarities between the two: one is a fast-paced virus, the other a slightly slower-moving environmental disaster, but it offers insight into how ready countries are to respond to global threats.

Answering climate and coronavirus emergencies requires global cooperation, a need for UN governance and country leadership. This is where Germany comes in.

As far as the coronavirus is concerned, Berlin has been swift to put in place efficient health and communication policies.  When it comes to climate, however, much is still unclear, and this with only a few months left before the German Presidency of the EU starts in July.

As French MEP and chair of the assembly’s environment committee (ENVI) Pascal Canfin said, so much will depend on Germany’s willingness to move fast, climately speaking, and that’s entirely in the hands of Angela Merkel.

“If she cares about her legacy as Germany’s climate Chancellor, she will push for an agreement on the 2030 target in time for Glasgow [where the crucial COP26 will take place]. So the ball is in her court,” he said.

As it is, the German foreign ministry, or ‘AA’ in Berlin’s political jargon, is currently putting together the proposals sent from the different ministries in order to define Germany’s road map for its EU presidency. It should presumably be ready by the end of this month, the official presentation being scheduled in June.

Nothing big has come out so far, only that the German presidency will closely stick to the EU Green Deal, that the EU-China summit in Leipzig this September is still on, and that German officials see it as a moment for Merkel to restore her own tattered climate leadership mantle and seal a global emissions pact between China and the EU.

Now, this is in sharp contrast to the domestic situation.

Why does it matter? The EEG was a parliamentary initiative, it did not come from the government. It was passed in the Bundestag with the votes of SPD and Bündnis 90/Die Grünen, against the votes of CDU, CSU and FDP. MP Hermann Scheer from the SPD could organise the necessary political majority in a parliamentary group where many coal supporters sat.

This shows where the initiative comes from: from the German public and not from the government. With climate emergency now a solid geopolitical reality and a strong push of the Greens at home, the Klimakanzlerin is needed at home and abroad more than ever.

The European Commission officially unveiled its Climate Law, aimed at making the EU carbon neutral by 2050. But Swedish climate activist Greta Thunberg criticised the plan as a “surrender”.

Train travel could be given special attention in 2021 as part of the EU executive’s Green Deal environmental agenda, suggesting that next year should be the ‘European Year of Rail’.

The European Defence Agency confirmed that one of its staff members has tested positive for novel coronavirus (COVID-19) and it therefore cancelled all meetings to be held at its premises until 13 March as a precautionary measure.

The EU’s Rapid Alert System for monitoring serious cases of disinformation has been put into use following a series of online campaigns surrounding the deadly coronavirus outbreak, the European Commission has confirmed.

Informal meeting of EU defence and foreign ministers in Zagreb.