By Sam Morgan with Alexandra Brzozowski | EURACTIV.com reporting from Helsinki 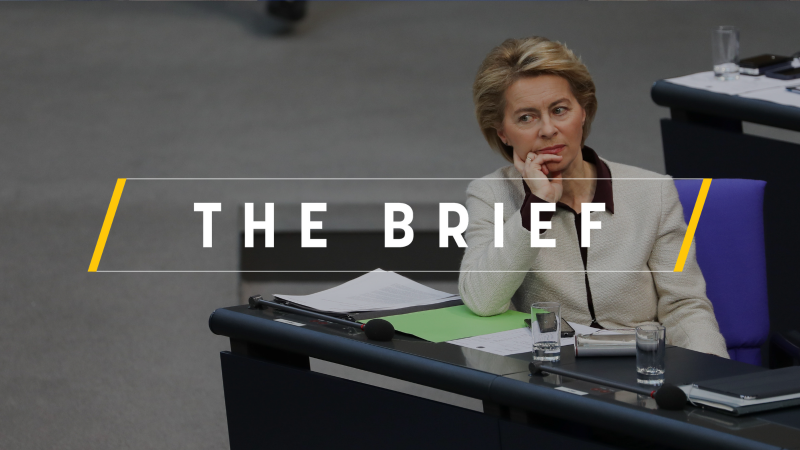 As part of an ongoing campaign to convince MEPs she’s the right person for the job, von der Leyen told the Greens, whose support is critical to her presidency’s legitimacy, that she would enact a climate law to increase the EU’s 2030 emissions cuts target from 40% to 50%.

To the uninitiated, that looks like von der Leyen throwing the Greens the hefty concession needed to get their blessing. After all, current boss Jean-Claude Juncker is against an increase, as are some of the member states.

But Green MEPs like Bas Eickhout and Ska Keller are initiated and the idea was not well received.

That’s because the Parliament already agreed this year that the EU should set at least a 55% target. That number comes straight out of an early draft of the Commission’s 2050 climate plan, which aims for full carbon neutrality.

Every percentage counts and translates into millions of tonnes of emissions, so this is not the Greens making a fuss over nothing.

Von der Leyen’s 50% plan actually pleases no one. Current Commission officials, many of whom will stay on, will flinch at the number, as a recent analysis shows that 45% is the limit of current policies and that the EU is at risk of falling short even there.

Some of von der Leyen’s other ideas on emissions trading and green finance sounded more up the Greens’ alley. But she had already given them the excuse they needed to say no. “So you are asking us to lower climate ambition,” Eickhout summed up.

The German candidate should have taken a leaf out of Finland’s book, which today hosted an informal meeting of EU environment ministers. Top of the agenda was the climate and a pending agreement on the 2050 strategy.

Finnish minister Krista Mikkonen told EURACTIV before the meeting that her counterparts would have a “safe space” to have a frank and honest conversation with one another.

The behind-closed-doors meet-up was meant to prevent ministers doing the real talking on the sidelines “where others might be excluded”. Recent leaders summits were defined by pictures of big western countries locked in exclusive chats with one another.

The Council has given the Finns the mandate they need to get the 2050 deal done and dusted by the end of the year. There will need to be frank talks on financing in order to get the Czechs, Estonians, Hungarians and Poles on board, so this meeting was a good start.

Very few observers harbour doubts that the Finns will pull it off in time for the Council to adopt the plan early next year. But it’s looking less certain that the big moment will happen under a von der Leyen presidency.

Her own moment of truth will come on 16 July at 6pm, when MEPs will say yes or no.

Today is the 24th anniversary of the 1995 Srebrenica massacre, in which Bosnian Serb troops killed around 8,000 Muslim men and boys as the world stood by and watched. As a reminder of a date Europe prefers to forget, have a look at this video of Srebrenica’s seemingly endless cemetery, created by dron.ba.

She also said Brexit could be delayed – again –  and that Europe should become the world’s first climate neutral continent.

MEPs meanwhile applied the cordon sanitaire to the nationalist Identity and Democracy group as well as Hungary’s Fidesz and Poland’s Law and Justice party.

Georgia reaffirmed its objective of becoming an EU member, even if it meant an innovative approach and “knocking on every door”,

US President Donald Trump has ordered an investigation into France’s digital tax plans, which may result in retaliatory tariffs or trade restrictions.

Human rights and free speech organisations, as well as the Turkish opposition, have condemned a report by a Turkish pro-government think tank “blacklisting” journalists working for foreign media.

Deutsche Bank will withdraw from its global equity business and cut 18,000 jobs over the next three years as investment banks are looking more towards the US, which can sometimes be problematic for Europe.

More than 200 people were killed in forest fires across Europe in 2017 while more than 100 perished in flames last summer. A new EU-backed fleet of fire-fighting planes is getting ready to prevent further disasters.

Airbnb, the global online accommodation platform, has bowed to EU pressure on the way it advertises prices on its app and will thus avoid potentially multi-million euro fines.