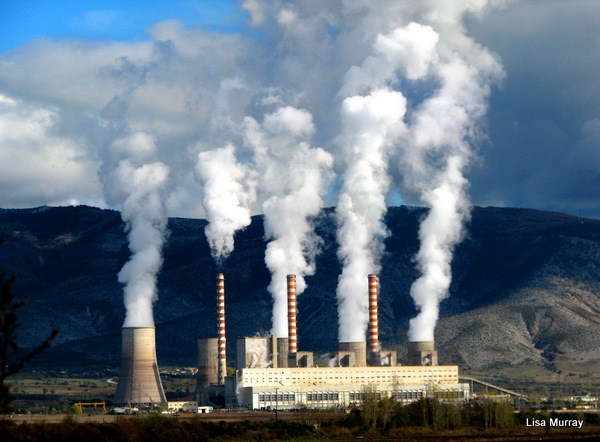 The nomination of Miguel Arias Cañete for the position of Commissioner for Climate Action and Energy has been roundly criticised.

Spain’s Equo party is not beating around the bush on the issue. Their spokesperson announced that the nomination of Miguel Arias Cañete as European Commissioner for Climate Action and Energy is quite simply “an insult to intelligence”.

According to Spanish newspaper El Pais, Spain’s agriculture minister has shares in an oil company, and his right-wing government has cut subsidies for renewable energy in recent years.

A lawyer by training, Miguel Cañete’s rise through the political ranks has seen him work mainly on agricultural issues. His sexist rhetoric made him a figure of controversy during the European election campaign.

The Greens and environmental NGOs see Cañete as an illogical choice and have reacted furiously to his nomination.

For Greenpeace, “the Juncker team is full of surprises, and they are not all good”.

The NGO says that Commissioner Cañete is “a surprising choice” for the environmental portfolio, “given his links with the oil industry”, and also finds the merging of the environment and fisheries portfolios, as well as the assignment of jurisdiction over energy to two different representatives, controversial.

In France, The Greens have suggested that Cañete might be the worst possible choice for the climate. “One year from the Paris Climate Conference, and with Europe deciding on its broad stance on energy efficiency and renewables in the coming weeks, the selection of Mr Cañete for the Climate Action and Energy portfolio is shocking,” Green MEP Yannick Jadot commented.

The distribution of responsibilities between different Commissioners has caused debate.

Some, like Luxembourgish MEP Claude Turmes, see the merging of the Directorates General for Energy and Climate as quite simply dreadful. “The merger of the climate and energy portfolios sends out a bad signal in view of the Paris climate summit in 2015,” the Green MEP said in a tweet.

A view supported by the NGO Green 10, who state in an open letter that the new Commission “represents a clear relegation of environmental issues in the order of political priorities”.

But others, like the French Greens, “celebrate the integration of the Energy and Climate Action portfolios”.

The French Socialist Party also sees the merger in a positive light. “There is a real coherence in the merging of the two functions, which will help to reinforce the portfolio,” insists Pervenche Berès, head of the French Socialist delegation in the European Parliament. She is, however, less sure about the man chosen for the job.

“Questions will be raised in the European Parliament about this choice,” the MEP warns.

Clashes between the European Commission’s energy and climate directorates-general, or DGs, caused frequent disruption in the outgoing EU executive team.

“DG Climate was de facto marginalised to the benefit of DG Energy. However, we have seen that the merging of these two subjects in the United Kingdom has had positive political consequences,” says Thomas Spencer, director of the ‘Climate’ programme at The Institute for Sustainable Development and International Relations (IDDRI). He believes this merger could turn out well.

But the fact that Alenka Bratusek, Vice-President of the Commission, in charge of the Energy Union as well as the Climate Action and Energy position, clearly demonstrates that energy will be a higher priority than climate over the next five years.

“The rise of the energy issue to the political level of a Vice-President of the Commission is important. But we have to be clear what we mean by Energy Union. It runs the risk of being more a policy of infrastructure than of energy transition,” Spencer stresses.

The mission letter sent to the Spanish Commissioner specifies that he must “contribute to establishing a European Energy Union with a forward-looking climate change policy”.

The letter insists first and foremost on energy security, but the issue of energy efficiency is also highlighted. The new Commission President wants to make the target of a 30% improvement in energy efficiency by 2030 into a binding commitment, although the fact that it will not find its way into national policies through the future Climate Package will limit its impact.

The new organisation, as well as the political determination of the new Commission towards climate change, is especially questionable in the context of the election of Donald Tusk as President of the European Council, as his green credentials leave a lot to be desired.

According to the last Eurobarometer survey on climate change, carried out in 2013, 50% of Europeans think that the climate is one of the most important issues facing Europe, while 16% believe it is the most important. 80% believe that combatting climate change and using energy in more efficient ways could help to boost economic growth and employment in Europe.

The global conservation organisation WWF, responded to what it sees as "regrettable" commission appointments.

"WWF finds it regrettable that for the first time in 25 years the environment will not have its own designated Commissioner. This comes precisely at the time when environmental problems are looming larger on the political agenda.

"The clear signal in the mandate given to the Maltese Environment and Fisheries Commissioner, Karmenu Vella, that the Birds and Habitats Directives are to be overhauled and 'merged' marks a new policy direction. WWF will be extremely vigilant to ensure that this does not lead to a weakening of existing nature conservation legislation in Europe."