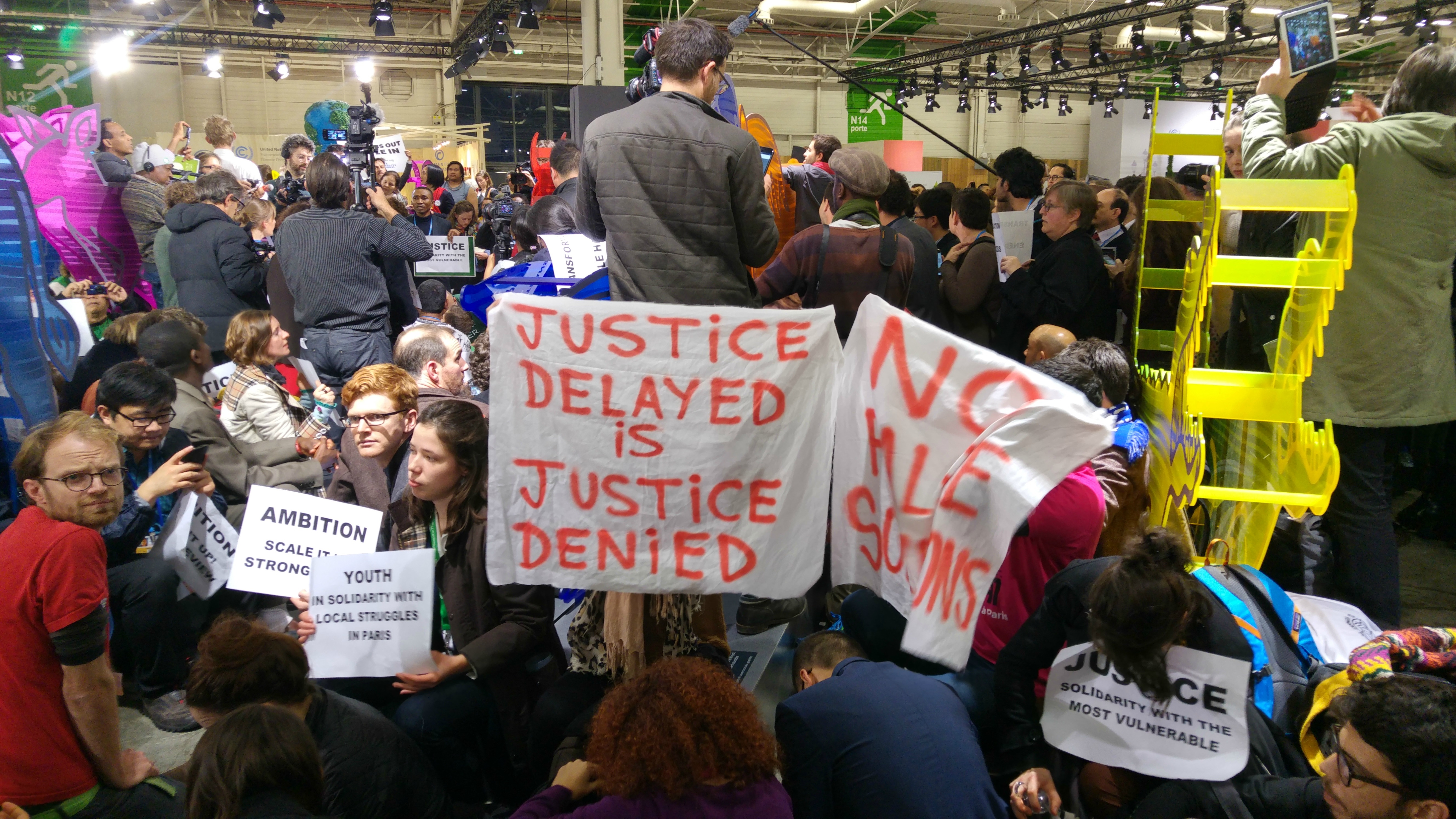 The Lima-Paris Action Agenda is packed with initiatives which could stimulate hundreds of billions of dollars of investment, but it also gives a platform to some actors with questionable intentions. EURACTIV France reports.

In the sidelines of the COP21 meeting in Paris, where national representatives have been negotiating a global climate deal, non-state actors wrapped up their involvement with an unofficial agenda of solutions on Wednesday (9 December).

The Lima-Paris Action Agenda (LPAA), composed of more than 70 initiatives, aimed to give a voice to all public and private actors, including local authorities, businesses, investors and civil society organisations, to promote their climate initiatives outside the official negotiations.

>>Read: Tropical countries demand financial incentives to save their forests

A motley collection of ideas

The French Minister of Ecology, Ségolène Royale, rounded up the eight days of meetings and announcements positively. “We all share the opinion that this LPAA is both something new and a real success,” she said on Wednesday. She also stressed the “massive mobilisation of these actors”.

And the figures back her up. The Lima-Paris Action Plan is a collection of more than 70 major climate initiatives, carried out by 10,000 actors from 180 countries. The majority of these commitments have been grouped together within the Non-State Actor Zone for Climate Action (NAZCA) platform.

Financing was another success story highlighted by the minister. “Many hundreds of billions of dollars have been redirected to the low-carbon economy,” she said.

“The economic and financial world’s switch to green growth is really the big achievement of the COP21,” the minister added. An initial assessment of the Action Agenda shows that more than a third of the 2,000 biggest companies in the world have tabled climate action commitments.

The business end of climate action

While the LPAA may not be binding to UN member states, it should provide them with the means to translate the ambitions of the future Paris agreement into concrete action on the ground.

Royale said, “This is an original process for a COP, and we can already say that it has made the COP21 a success. The results have exceeded all of our expectations.”

With the international negotiations still faltering on the question of review dates for national contributions, the French minister believes the Action Agenda could provide a workable solution.

The establishment of the LPAA will help with the “operational application of the countries’ national commitments”, she added. “Thanks to these initiatives, the revision of the national contributions will, I hope, be possible before 2020.”

Currently, the draft Paris agreement makes no mention of a timetable for the revision of national contributions (INDCs). The sum of the INDCs will only limit the global temperature rise to around +3°C, well above the COP21’s stated objective of +2°C, and a recipe for catastrophic climate change.

It is essential that countries present more ambitious plans to avoid this scenario, but controversy persists over the dates. While many demand a review of the national contributions before 2020, one of the possibilities in the text under negotiation would see reviews begin as late as 2025.

NGOs have been quick to point out the weaknesses of the non-state Action Agenda. Célia Gautier, from the Climate Action Network (CAN), said, “This must not become a greenwashing platform.” A fear shared by the French minister for ecology.

“We have to keep an eye on whether companies really commit to green growth, and ensure that it is not just greenwashing. But many of them have understood that the cost of inaction is greater than the cost of action,” Royal said.

But there are no safeguards in place to protect the LPAA from the questionable intentions of any of the actors. Concrete initiatives like those for renewable energies in Africa, which will have raised $10 billion by 2020 for the development of renewable energy sources on the continent, appear alongside less credible ideas.

Open to suggestions from around the world, the LPAA sometimes more closely resembles a broad catch-all of ideas than a coherent agenda. “In its current state, the LPAA has no criteria for including, monitoring or excluding initiatives,” Gautier said.

The “4 per 1,000” initiative presented by the French Minister of Agriculture Stéphane Le Foll, and supported by around 60 countries, was among those that attracted the anger of NGOs.

With the aim of increasing the capacity of soils to capture and store CO2, this initiative “currently contains no clear criteria for which agricultural models should be prioritised,” according to Climate Action Network. Civil society organisations fear that this lack of clarity will leave the door open to the promotion of an agricultural model based on the use of GMOs.

>>Read: The ‘4 per 1,000’ initiative brings climate action and agriculture together

Even more problematic is the initiative for limiting methane leakage, called the Oil & Gas Methane Partnership. Led by a group of oil and gas companies, including Total, the scheme has set alarm bells ringing among civil society organisations.

Gautier said, “We have asked President François Hollande to withdraw it from the Action Agenda, because this kind of initiative is not aimed at bringing the era of fossil fuels to an end.”

The question of a voluntary system for monitoring the commitments made by the non-state actors is also unresolved.

No official mechanism has been planned, beyond the possible publication of the results of the various initiatives by the members of the NAZCA platform. “With this in mind, we would expect each country to say how it would implement the agreement on the Action Agenda,” the French minister said.

Nigel Topping, the CEO of We Mean Business, said he planned to “report on the whole COP to see the results of the commitments made by civil society organisations and non-state actors”.

Any monitoring activities will have to be based on the declarations of businesses and sub-national authorities. Halldor Thorgeirsson, the UNFCCC’s director of strategy, conceded that “This is too big to be entirely followed by the United Nations. It will be up to the investors and stakeholders to ensure they hold the actors to account.”

Paris is hosting the all-important 21st conference, from 30 November to 11 December 2015. The participating states must reach an agreement to replace the Kyoto Protocol, the object of which was to reduce CO2 emissions between 2008 and 2012. Reaching an agreement, whether legally binding or not, is the priority for the international community.

The Green Climate Fund was created during the climate conference in Durban (South Africa) in 2011. The objective for developed countries was to raise $100 billion a year by 2020. An initial capitalisation objective has been fixed at $15 billion for the next three years.