Despite Donald Trump’s rejection of the Paris Agreement, the US is still very much in the accord and zealously setting the tone of international climate change negotiations. EURACTIV’s media partner, Climate Home News, reports.

While the White House touted its fossil fuel industry on the sidelines of a UN climate summit in Poland, state department negotiators were deeply engaged in talks on the future of the Paris deal.

The apparent endgame, according to negotiators from other countries: push hard for a deal on the rulebook of the accord that this administration – and any future administration – will be able to swallow; just in case the US never leaves or chooses to return.

A senior non-US negotiator told Climate Home News she had heard directly from current and former state department diplomats that “they are trying to keep the rules as stringent as possible and without [different rules for developed and developing countries], so a future US government can rejoin [or] not leave the Paris Agreement”.

Another senior diplomat from a developed country said: “I think they are keen to secure a deal that’s fit for a future independent of their administration.” 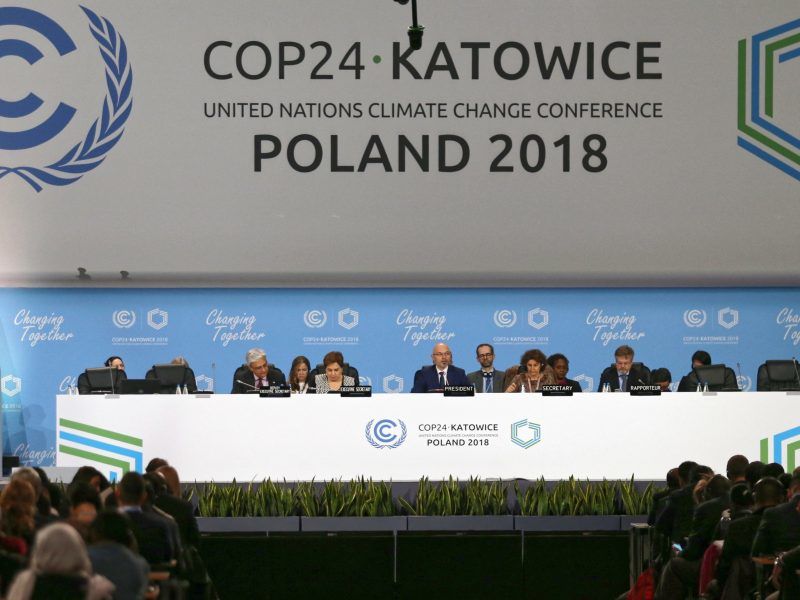 'We are last generation that can stop climate change' – UN summit

The UN climate change summit begins on Monday (3 December) with a warning that today’s generation is the last that can prevent catastrophic global warming, as well as the first to be suffering its impacts. EURACTIV’s media partner, The Guardian, reports.

US diplomats at UN climate talks in Poland this week are pushing for a robust, more universal set of rules – largely in line with the European Union’s asks.

A state department spokesperson said: “As a negotiating team, we are focused on protecting US interests in the negotiations. Because we remain in the UN Framework Convention on Climate Change, we have an interest in ensuring the rules that evolve for the Paris Agreement are fair and effective.”

“I think [the state department negotiators] are doing a good job,” Todd Stern, who was Barack Obama’s special envoy on climate change and led the state department team in Paris in 2015, told a meeting on Monday morning. “And I think they are appreciated as being serious and knowledgeable and effective and cordial.”

The developed country negotiator said: “Despite the transition from one administration to the other, we are still negotiating with the same experts and these experts have been involved in the process for a long, long time.”

Outside the negotiating rooms, the US is much more combative. White House officials continue to publicly criticise the accord and any climate policies that it believes undermine the US economy.

Last week, Trump jabbed France for the yellow vest uproar, blaming it on the Paris deal. The US publicly sided with Saudi Arabia, Russia and Kuwait – against rich and poor countries around the world – to block a note welcoming landmark science on the effects of a 1.5C rise in global temperatures. And White House officials staged a side event at the UN talks promoting coal, natural gas and nuclear energy. 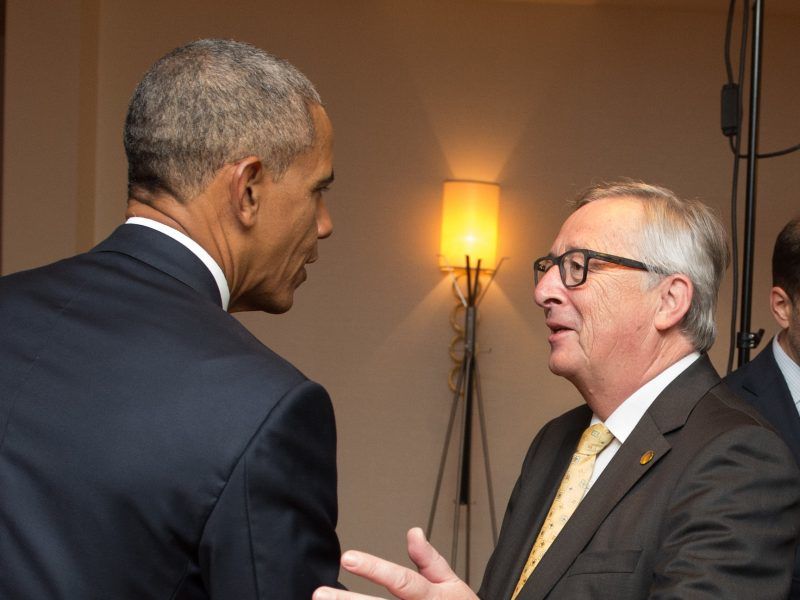 It has been 18 months since the US president announced with fanfare, in a Rose Garden speech, that he would either withdraw the US from the 2015 Paris accord or negotiate a new and fairer “transaction”.

Except that UN rules don’t work quite that way. Parties to the agreement cannot leave until four years after the deal came into effect, so the earliest Trump could pull out is in 4 November 2020 – coincidentally one day after the next US election.

The White House isn’t letting a time delay derail its message. For the second year in a row, it organised a protest-grabbing panel discussion on Monday touting the energy sources dear to the Trump administration’s policies – as well as the priority of US jobs over environmental protection.

“The administration does not see the benefit of being part of an agreement that impedes US economic growth and harms the competitiveness of US manufacturing while allowing those same plants to operate in China with greater levels of emissions,” said Wells Griffith, Trump’s energy adviser. “We strongly believe that no country should have to sacrifice economic prosperity or energy security in pursuit of environmental sustainability.”

“I think that’s something that is produced by a part of the administration that’s different from the people on the ground working at a technical level on the negotiations,” said Stern of the event.

Sue Biniaz, who was the lead climate lawyer in the Obama, Clinton and Bush administrations, said most negotiating positions the US was taking had been long held. But she said a different US government would seek a decision at this meeting on increasing the pledges countries have made to cut their emissions.

“If there were a Democratic administration the US would be running around trying to get that decision to be as ambitious as possible… and of course you are not going to see that from the current administration,” she said. 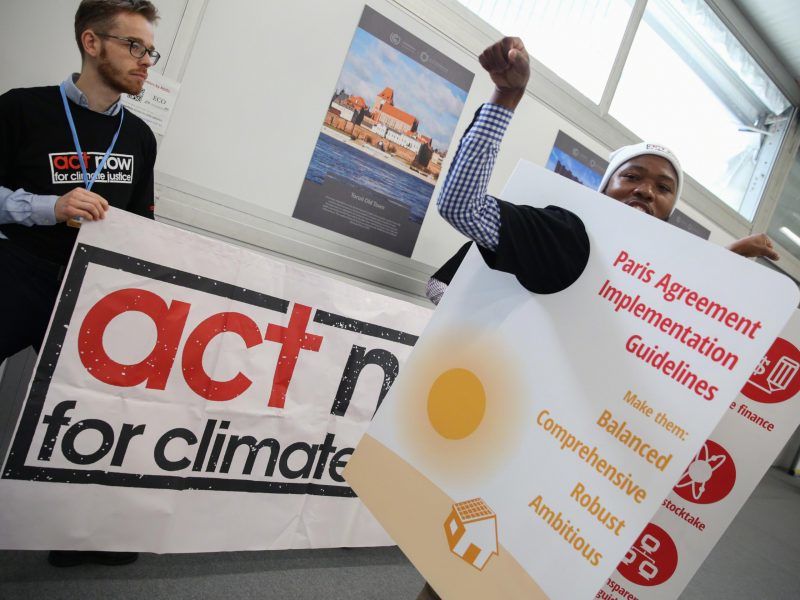 Over this special series on COP24, EURACTIV gives you a glimpse into the goings on of the UN climate conference in Katowice and what is driving the conversation there. In this edition: coal bonanza at the EIB, roaming COP24, German ‘nein’, Fijian drum beat, and more.

This article is republished with permission from Climate Home News under a Creative Commons licence.