Becoming the world's first climate-neutral continent is Europe's biggest challenge of the next decade. That success depends of the success of our global partners. Partnerships based on mutual ownership and shared responsibility, a new generation of trade agreements consistent with the Sustainable Development Goals, a Carbon Border Tax and a carbon price are key elements of a stronger European climate diplomacy, writes Margarida Marques. EPA-EFE/FELIIPE TRUEBA [EPA-EFE/FELIIPE TRUEBA]

Thousands of protesters took advantage of this year’s international motor show in Frankfurt to call for a “transport revolution” – by parking their bikes. EURACTIV’s partner Ouest-France reports.

According to the local police and organisers, between 15,000 and 25,000 demonstrators marched with their bicycles in Frankfurt to demand a “transport revolution” on Saturday (14 September).

The protest, organised on the fringes of Frankfurt’s annual motor show, was a rare sight as most protesters had come from various cities of the region by bike. To get there, they used two motorways, which cars could not access because of the show.

“The car show is an event that is so last century,” Christoph Bautz, director of the Campact group, which co-organised the protest, told AFP.

“We want the future to belong to buses, trains and bicycles — we no longer want those big SUVs and cars that consume a lot of fuel!” he added.

The “climate generation” is targeting a sector that has been weakened since the scandal with Volkswagen’s rigged diesel engines broke out in 2015. And the Frankfurt Motor Show crystallises the criticisms levelled at this sector at a time when the climate emergency is entering the public debate. 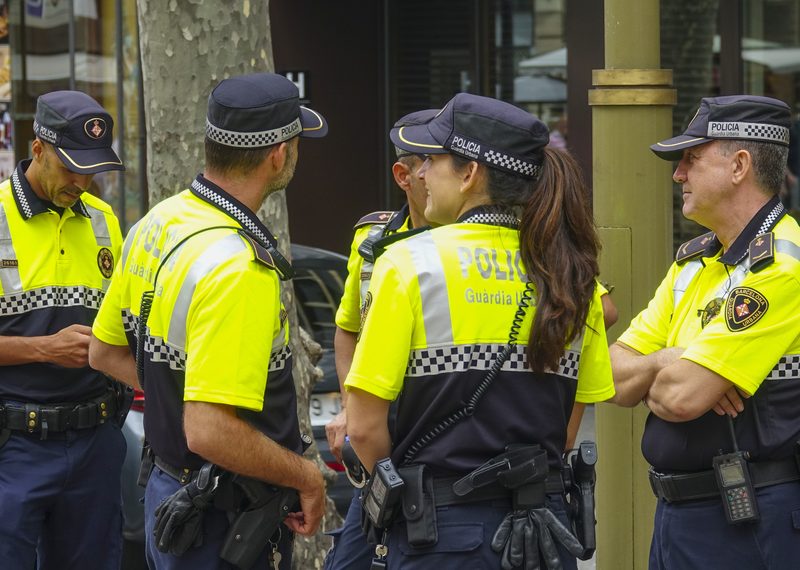 “The automotive industry is under pressure and no longer has the same support of society. It has missed out on some developments,” explained a spokesperson of the collective “Sand im Getriebe” (‘spanner in the works’), which blocked the main entrance to the auto show on Sunday.

Get rid of these urban tanks and combustion engines

This combination of legal and illegal actions characterises the climate change movement that has been progressing in Europe for months. And now it is targetting an industry that has long been untouchable because it was so crucial to the German economy.

As soon as the Frankfurt car show opened to the press on Tuesday (10 September), about twenty Greenpeace activists dressed in green jackets inflated a giant black balloon with the inscription “CO2” in the back of a 4×4.

“The automotive industry still has not understood the climate crisis,” Benjamin Stephan, an NGO activist, told AFP. “Manufacturers must put an end to these urban tanks and shut down combustion engines”.

For German Chancellor Angela Merkel’s visit on Thursday (12 September), the group also protested in front of the Volkswagen and BMW stands, by climbing onto SUVs and displaying banners with “Climate killers” written on them.

These large vehicles are even more controversial in Germany because an SUV killed four people, including a young child, on a Berlin sidewalk last week.

There are now calls to ban SUVs in city centres.

The German government will announce critical decisions on 20 September

The Frankfurt Motor Show “is a symbolic place where political leaders meet the car industry to applaud a transport system from another era. We have to abandon the car, we want cities without cars,” said the spokesperson of the Sand im Getriebe group.

Compared to Fridays for Future, the group is a more radical environmentalist group that is ready to commit illegal acts to attract attention.

In addition to the climate strikes advocated by Greta Thunberg, movements such as the European network Rebellion Extinction are spreading like wildfire from London to Berlin, via Paris.

Most of the time, it is a matter of temporarily blocking a place. In Germany, the “Ende Gelände” (“Terminus”) group had succeeded in June in occupying and forcing the temporary shutdown of a vast open-cast lignite mine.

“In the last two years, the movement has grown in size, and people have become more aware of their environmental impact,” said Maria Marin, a Venezuelan student who has been living in Germany for four years.

Following their stunt at the car show, the Sand im Getriebe group is already setting its sights on Berlin, where the government is due to present measures to combat climate change on Friday (20 September). The day will be marked by calls for protest across Germany.