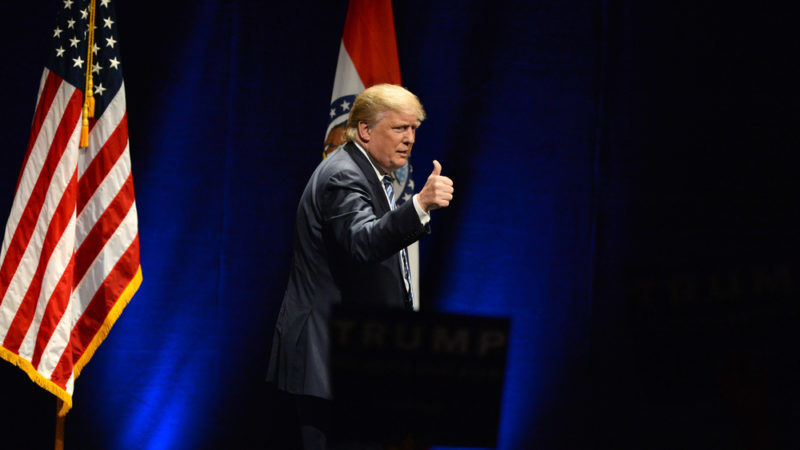 Donald Trump said the US could "conceivably" backtrack on his decision to leave the Paris Agreement. [Gino Santa Maria / Shutterstock]

At a joint press conference with Norwegian Prime Minister Erna Solberg, Trump claimed that the deal, signed in 2015, “treated the United States very unfairly”, saying negotiators “as usual, made a bad deal”.

He said he had no problem with agreeing to a climate deal but the Paris accord was “a bad deal. So we could conceivably go back in.”

Trump also claimed that he cares about the environment a lot and that the “EPA [Environmental Protection Agency] and EPA commissioners are very powerful in the sense that they want clean air and clean water”.

In June, the US president announced that he would be withdrawing his country from the landmark deal, leading to accusations of surrendering Washington’s leadership role on climate action, which his predecessor, Barack Obama, championed.

Due to the legalities of the agreement, the US is actually committed to the agreement for the foreseeable future, with 4 November 2020 the earliest date the US can actually exit. Other countries are concerned that the US will, as a result, look to influence and water down the agreement from within.

The current administration has repeatedly suggested it will try to alter the deal to make it more favourable but the EU, China and Canada all agreed at a summit in September that the deal is set in stone.

The EU has moved to occupy the US’ vacated leadership role and European Commission boss Jean-Claude Juncker and climate chief Miguel Arias Cañete have previously insisted that the bloc will seek to “make the planet great again”.