Malaysian environmental activists hold a placard during a rally part of the international Global Climate Strike in Kuala Lumpur, Malaysia, 21 September 2019. The strikes are happening in cities across the world just days before United Nations' Climate Action Summit on 21 September in New York, where nations will ramp up their ambitions to curb greenhouse gases under the 2015 Paris climate agreement. A second worldwide climate strike is planned for 27 September. [EPA-EFE/FAZRY ISMAIL]

Over this special series on the UN climate action summit (23-25 September), EURACTIV gives you a glimpse into the goings on in New York and what is driving the conversation there. In this edition: What’s at stake, who’s coming, who’s not, and what corporations have planned.

UN Secretary-General António Guterres has invited the international community to the Climate Action Summit and the Sustainable Action Summit (23-25 September) to be held in New York. The aim of both summits is for countries to commit to greater ambition in their climate and development policies.

Under the 2015 Paris Agreement, countries committed to delivering new, tougher climate plans in 2020. But so far, they are lacking the ambition needed to effectively fight global warning despite the intensifying climate crisis that sees ice melting faster than predicted in Greenland, forests burning in the Amazon and tropical storms smashing the Caribbean.

As it is, the climate action plans published by countries to date put the world on course for a global warming of 3 to 4 degrees Celsius instead of less than 2C degrees as enshrined in the Paris Agreement.

Worse, 14 nations representing 26% of global greenhouse gas emissions have indicated they do not intend to revise current plans to fight global warming by 2020, according to the report ‘The Heat Is On: Taking Stock of Global Climate Ambition‘, published by the United Nations Development Programme (UNDP) and UN Climate Change (UNFCCC).

UN Secretary-General Guterres has therefore called on the international community to make greater efforts, urging all countries to present new and more effective measures by 2020, in order to reach the Paris climate targets.

And he made himself perfectly clear: “I told leaders not to come with fancy speeches, but with concrete commitments. People want solutions, commitments and action. I expect there will be an announcement and unveiling of a number of meaningful plans on dramatically reducing emissions during the next decade, and on reaching carbon neutrality by 2050.”

Meanwhile, pressure from the street has never been as high. An estimated four million climate marchers, overwhelmingly young people, took up the streets all over the world on Friday (20 September) to call on politicians to act now to effectively fight global warming. 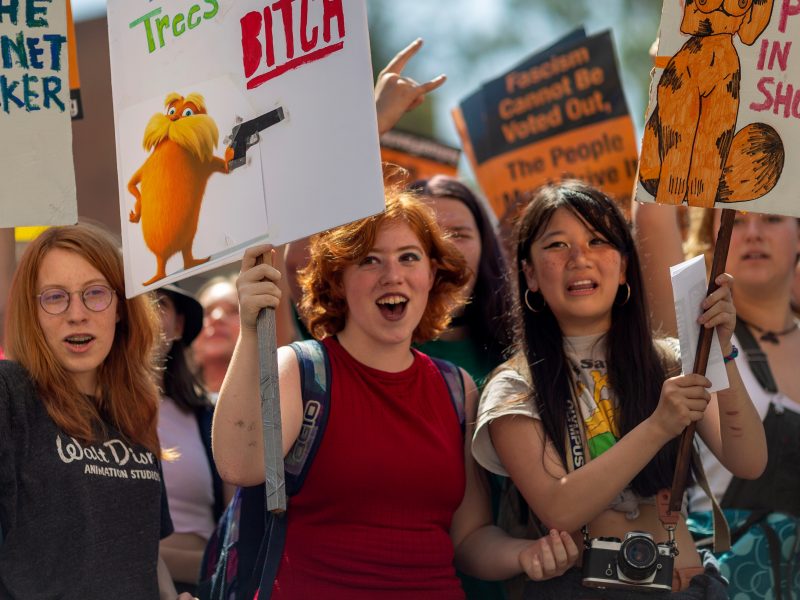 More than four million people have taken part in an unprecedented wave of climate protests across the world, organisers said, in the most powerful message to governments yet to take serious action. EURACTIV’s media partner Climate Home News reports.

According to the UN, 60 countries have speaking slots while nearly double have applied. Governments with slots include European member states such as France, Germany, and the UK.

The European Union will also be represented by Donald Tusk as well as EU climate action Commissioner Miguel Arias Cañete and a delegation from the European Parliament led by Mairead McGuiness (EPP, Ireland) and Tomas Tobé (EPP, Sweden).

“But Europe will not speak as a whole,” one EU diplomat explained to EURACTIV. “There is a group leading on climate within the 28 member states, but not all of them,” he said, referring to the four eastern European countries which blocked an agreement on a net-zero carbon target for 2050 last June.

“We have to be careful to not only concentrate on Europe, we need to find allies outside the European Union,” the diplomat added.

Climate heavyweights India and China are also sending high-level representations, as well as Indonesia, Russia and Chile, who will host in a little more than two months the next UN climate negotiation round, COP25.

On Tuesday (24 September), Brazilian president Jair Bolsonaro will open the UN General Assembly and is expected to focus on the Amazon.

Australian, Japanese and US head of States are among those who will be absent. Japan is currently the only member of the G7 that is adding to its domestic coal power-generation capacity, with roughly 45 new coal plants in the pipeline as of 2017. Shinzo Abe will be represented by environment minister Shinjiro Koizumi at the summit who is said to rebuild Tokyo’s image as a green leader.

US President Donald Trump is expected to be in New York for a religious freedom event, but he will not attend the UN summit. US environmental agency (EPA) chief Andrew Wheeler is tipped to lead the US delegation.

Australia Prime Minister Scott Morrison will not be present due to Canberra’s lack of a plan,  Foreign Affairs Minister Marise Payne will represent him.

South Africa’s Cyril Ramaphosa will also miss the summit due to domestic concerns.

UN secretary general Antonio Guterres will open the summit at 10am New York time, followed by Greta Thunberg and two other youth activists. Here is the schedule.

According to EU diplomatic sources, Russia and Turkey are expected to announce their ratification of the Paris Agreement.

Denmark and Sweden are expected to offer new climate finance pledges to the Green Climate Fund.

UK Prime Minister Boris Johnson is scheduled to speak second-to-last, at around 5pm NY time before Guterres wraps up.

“Expect some big announcement,” one EU diplomat told EURACTIV. Indeed, sources in the UN said there’s likely to be intense focus on British Prime Minister Boris Johnson because the UK will host COP26 in Glasgow.

On the corporate side

Protests against oil companies are scheduled this Monday with ‘Wanted’ posters of oil major CEOs to be posted across town. Protests will take place outside the Morgan Library & Museum where the Oil & Gas Climate Initiative (OGCI) are holding a ‘net-zero emissions’ all-day meeting. Since 2018 oil majors have invested $50 billion in new reserves and recent research showed that none of the majors have put their companies on track to keep warming within the 2C threshold.

Nestlé, Salesforce, L’Oreal are among 87 companies committing to limit global temperature rise to 1.5C above pre-industrial levels and reach net-zero emissions by no later than 2050. The 87 major companies have a combined market capitalisation of over $2.3 trillion and annual direct emissions equivalent to 73 coal-fired power plants.

They commit themselves to setting science-based targets through the Science Based Targets initiative (SBTi), which independently assesses corporate emissions reduction targets in line with what climate scientists say is needed to meet the goals of the Paris Agreement.

In July, the first 28 companies were announced, and there has been significant momentum since. Implementing the target is likely to involve steps such as purchasing 100% of electricity from renewables and using electric vehicles for corporate fleets.

The European Investment Bank (EIB), together with eight other multilateral development banks pledged in a statement Sunday (22 September) to raise their annual global climate action investment to $175 billion by 2025. This increase would notably focus on low and middle-income economies, and on climate adaptation.

To reach their target, the multilateral development banks intend to strengthen partnerships, particularly with private sector investors, to optimise the impact of their climate finance, they said in a statement. “Rising to $110 billion, co-financing is indeed expected to represent almost 2/3 of the total $175 billion planned for climate financing by 2025. This would include $40 billion mobilised from private sector investors,” the statement reads.

The EIB is also expected to present a new set of measures aimed at unlocking €1 trillion of sustainable investment by 2030, with increased support for climate change adaptation and climate resilience. It is also set to announce the alignment of all EIB financing activities with the goals of the Paris Agreement by the end of 2020.