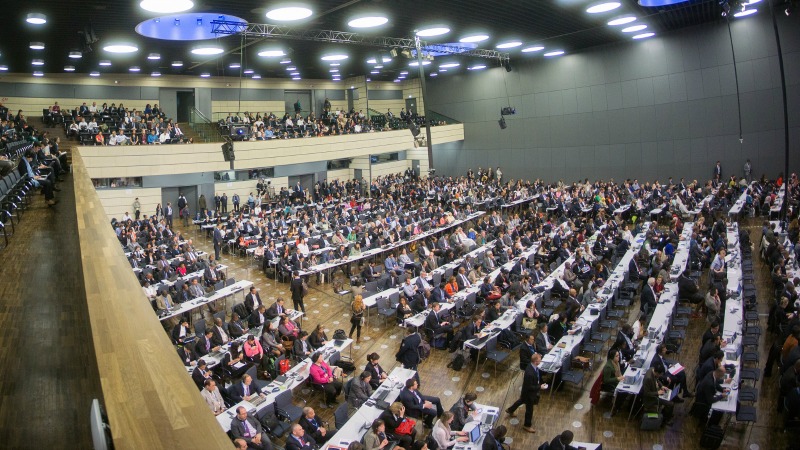 The first UN climate change meeting since governments adopted the landmark Paris Agreement closed on 26 May in Bonn, Germany. [UNclimatechange/Flickr]

Negotiators from 196 countries worked along three parallel tracks to put flesh on the bone of the Paris Agreement, the fruit of two decades of often contentious wrangling between wealthy and developing nations.

The accord ― which could enter into force later this year, far sooner than expected ― sets ambitious goals for capping global warming and funnelling trillions of dollars to poor countries facing an onslaught of climate damage.

The 10-day session in the German city of Bonn focused mainly on elaborating a “rule book” for implementation, and laying the groundwork for a high-level meeting in November in Marrakesh, Morocco.

“It has been a very constructive session,” said Elina Bardram, top negotiator for the European Union, expressing a view echoed by other diplomats and observers.

“We are moving well beyond the disagreements that characterised the negotiations for so many years.” 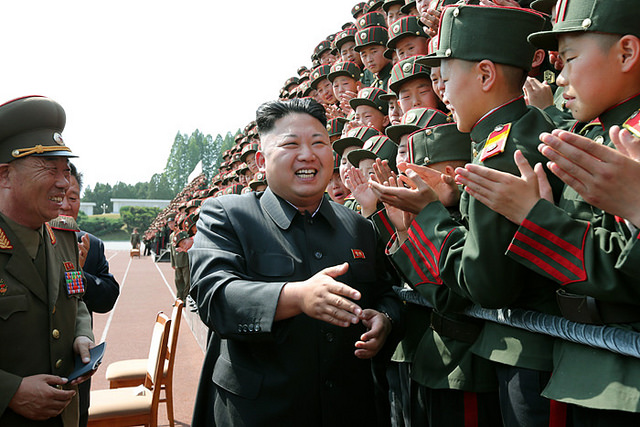 Christiana Figueres, the outgoing UN climate chief, also saw a “new willingness” to work collectively, but warned that time was running out.

“My concern is whether the transformation is going to happen fast enough to avert the worst impacts,” she told AFP, referring to the global shift from fossil fuels to green energy.

“It is a race against the clock.”

The most urgent question on the agenda remains how to ramp up national plans for slashing greenhouse gas emissions.

The Paris pact calls for capping global warming at well below two degrees Celsius, and 1.5 C if possible.

Much discussion in Bonn centred on how to plug this “emissions gap”, and what efforts can be made before 2020, when these national carbon-cutting plans go into effect.

Barely 1 C of global warming so far has already fuelled a crescendo of devastating impacts.

Droughts in Africa and Asia are threatening food supplies, and rising seas could force millions to seeking higher ground. 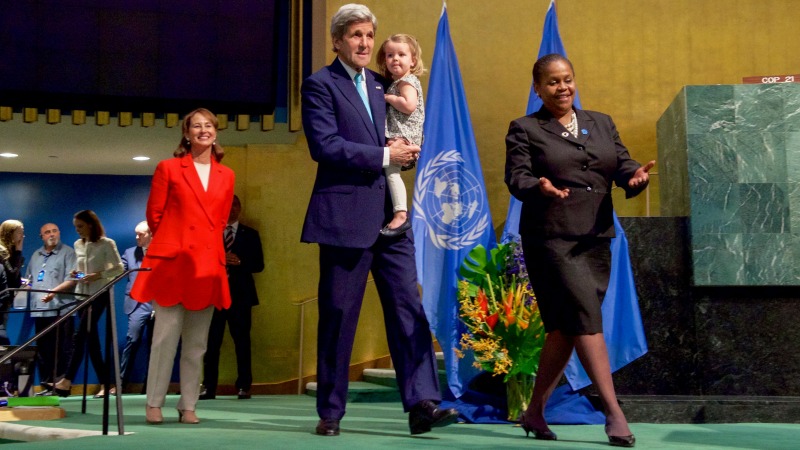 2015 was by far the hottest year on record, and scientists predict that 2016 could be even worse.

In Bonn, developing countries pushed for hard numbers and a timetable for financial aid to make the switch from dirty to clean energy, to adapt to future climate change and to repair damage done.

“Developed countries must present a roadmap to show how they will deliver on their promise to deliver $100 billion (€90 billion) a year” starting in 2020.

Morocco has billed the November high-level meeting they will host as the “action COP,” or Conference of the Parties.

Mohamed Adow, senior climate advisory for Christian Aid, said the focus should be on the rapid transition to clean energy.

“Marrakesh needs to be seen as the Renewables COP,” he said.

The unexpected speed with which the Paris deal is moving towards ratification shows strong political momentum, but creates other problems that will have to be sorted out, diplomats said.

The European Union ― which fought hard to set the Paris deadline for a deal ― could find itself in the awkward position of its member states not being among the ratifiers of the agreement when it goes into effect.

“If there is an early entry into force, we may not be part of that,” said Ivo de Zwaan of the Netherlands, speaking for the EU.

Negotiators also grappled with issues including transparency in reporting of emissions reductions and financial transfers; how science should inform the negotiating process; and the best way for governments to interface with the business and financial sectors.

The 21st climate conference, the COP 21, was held in Paris from 30 November to 11 December 2015. The participating states concluded an agreement aimed at limiting climate change to 2°C above pre-industrial levels, which will replace the Kyoto Protocol, which aimed to reduce CO2 emissions between 2008 and 2012.