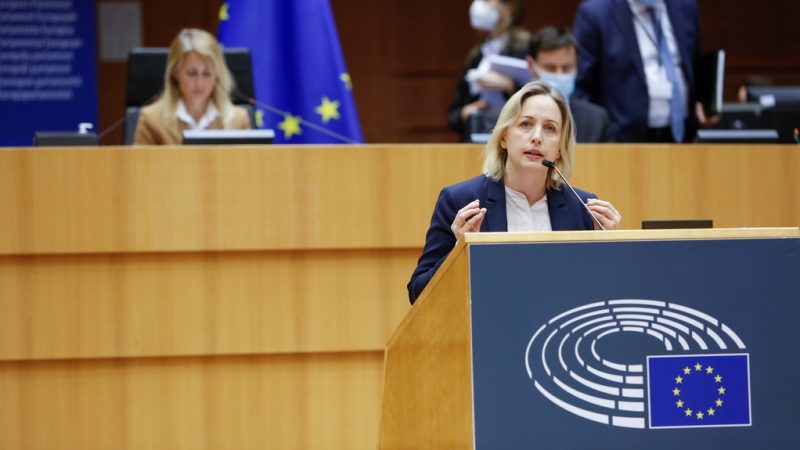 It is not acceptable that the Parliament negotiates a position and then is not allowed to discuss it, Jytte Guteland MEP told EURACTIV. [Alexis HAULOT / EP]

There are still many outstanding issues, particularly on climate ambition, after the fourth round of negotiations on Europe’s climate law closed on Friday (12 March), according to Jytte Guteland, the lead negotiator from the European Parliament.

“We have discussions that are making us come closer together. In that sense, it was a productive meeting,” said Guteland, a Swedish lawmaker from the Socialists and Democrats (S&D) group in the European Parliament.

“On the other hand, the more we work, the more I and all realise that we also have outstanding issues, and that we still have the very big tasks ahead of us about ambition,” she told a press briefing on Friday evening.

Tabled one year ago by the European Commission, the climate law is the centrepiece of the European Green Deal. Its main objective is to enshrine the bloc’s 2050 climate neutrality goal into hard legislation while incorporating the EU’s 2030 climate target, which is still the subject of intense negotiations.

While EU member states painfully agreed on European Commission proposals to cut greenhouse gas emissions by at least 55% by 2030, the Parliament has voted a 60% reduction compared to 1990 levels. All three now need to come to an agreement during so-called trilogue talks.

The most recent round of negotiations on the EU climate law was held as a hybrid meeting with some people, including the Commission’s executive vice-president Frans Timmermans and Guteland in the room while others joined via video link.

The remote nature of the talks was not the reason for the slow progress though, said Michael Bloss, a German Green MEP who sits on the Parliament’s negotiating team.

Rather, it is the Council of Ministers, the body representing the EU’s 27 member states, which has so far refused to discuss key issues like the 2030 target, he said.

There was also no discussion on fossil fuel subsidies or access to justice for European citizens seeking redress against climate inaction from governments.

“We had extensive negotiations and you would expect that there would be an outcome, but unfortunately I cannot really tell you that there was an outcome,” said Bloss. 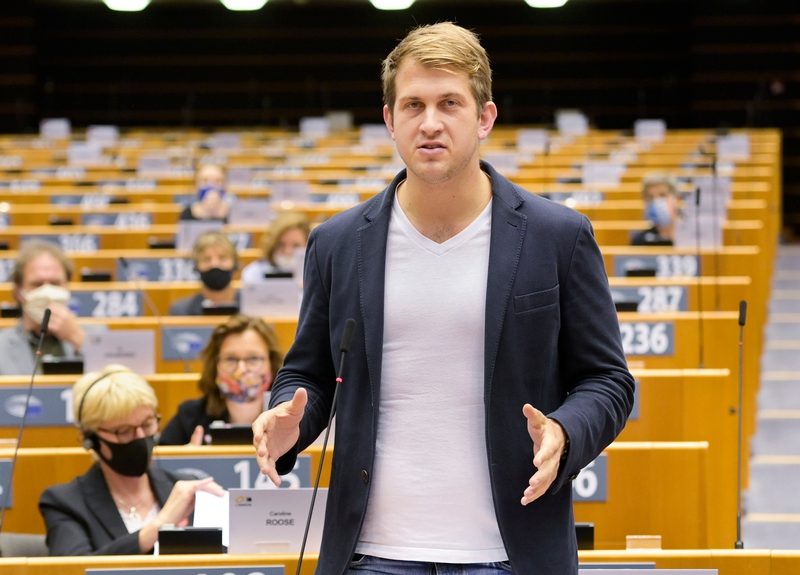 The 2030 target remains the biggest sticking point. The Council’s position was agreed in December last year after a night-long summit of excruciating talks between EU leaders. It is the result of a compromise between ambitious countries like Denmark, Sweden and Finland and reluctant member states like Poland, which resisted the EU’s 2030 climate target for putting a disproportionate burden on its coal-dependent economy.

Parliament wants a 60% reduction in greenhouse gas emissions by 2030 and has criticised the Commission and the Council’s “net” target, which also includes carbon removals from agriculture and forestry. According to the Commission’s own calculations, the “net” figure means the 55% target could look more like a 52% reduction in emissions.

According to Guteland, Europe risks looking weak on its climate ambition if it includes the net target. “I also wonder what signal this is to the world – could we accept that other countries also have a loophole in their reduction targets?” she told EURACTIV.

But the Portuguese Presidency of the Council has a very strict mandate when it comes to the 2030 target, which doesn’t allow them to change the figure.

Still, there are other aspects such as the inclusion of carbon sinks, which could be negotiated, said Harriet Mackaill-Hill, a campaigner from Climate Action Network Europe. 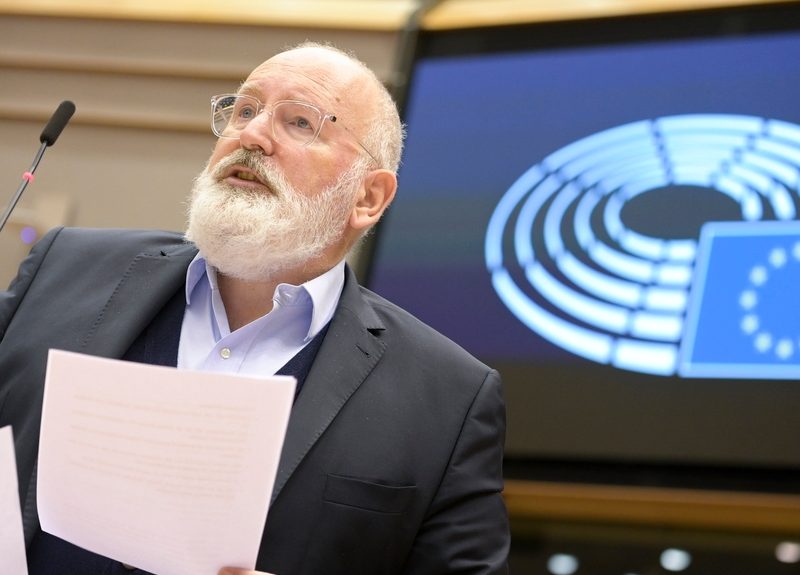 According to an NGO who spoke to the Portuguese Presidency, the Council is open to negotiate on proposals to set up a European Climate Change Council, an independent scientific body to monitor the conformity of EU laws with the bloc’s climate objectives. EU countries are also open to discuss plans for a carbon budget and look at negative emissions.

But if big sacrifices are going to be made, they need to be met with equal trade-offs, Guteland told EURACTIV.

While some progress was made on the ECCC, the Council wants to establish this new EU body as a network of representatives designated by each member state. This is unlikely to be agreed by Parliament, which envisages the body as a scientific advisory group based on competence, not nationality.

The Council’s suggestion is for a political, not a scientific body, said Bloss.

On the greenhouse gas budget, Parliament has moved a long way and there has been some progress, according to Bloss. However, he added that the Council is still refusing to accept the Parliament’s demand that it is used to shape the 2040 target.

The Greens and S&D have fought hard for an ambitious proposal on the greenhouse gas budget in Parliament. The aim is to gauge the level of emissions the EU can produce before 2050 without breaching the Paris Agreement.

Member states are more cautious on this, preferring a linear approach to the 2040 target. The Portuguese Presidency proposed a compromise heavily influenced by Poland that the budget could be published by the Commission for informal purposes once the climate targets are set.

This was opposed by Sweden, which proposed including the budget in considerations for the 2040 target, which Bloss called “really interesting and agreeable”.

On adaptation, it was agreed that the Commission would propose guidance for establishing principles and practices for national institutions planning to develop programmes.

Passing the climate law is a priority for the Portuguese Presidency, but there have been criticisms from the Parliament and NGOs that it is moving too slowly.

“It’s as if the trilogues have not happened. You’re wondering at what point they’re going to wake up and understand that the Parliament is not going to budge on these matters and these are red lines. They have to start coming up with some very important compromises,” said Mackaill-Hill.

It is hoped that negotiations on the European Climate Law could be wrapped up by Earth Day on 22 April, the same day that the US has chosen to organise an international climate summit. That would mean the EU would have a 2030 target well before the European Commission tables its ‘Fit for 55’ package of energy and climate laws, which is scheduled in June.

The Parliament has said they will need at least two more rounds of negotiation and that many key points do not currently have a clear solution.

But campaigners have warned that a delay to the climate law could impact the Commission’s June package.

“In this crucial implementation year for EU climate legislation, delaying agreement on the climate law could have a ripple effect on the ‘Fit for 55’ package that could be catastrophic. Worryingly, a deal does not look anywhere close right now,” the WWF said.

“If the Commission was so afraid of [delays], maybe they needed to put positions earlier than one day before the trialogue on Friday, and also maybe the Council needed to think about that when they delayed it last autumn,” she said. 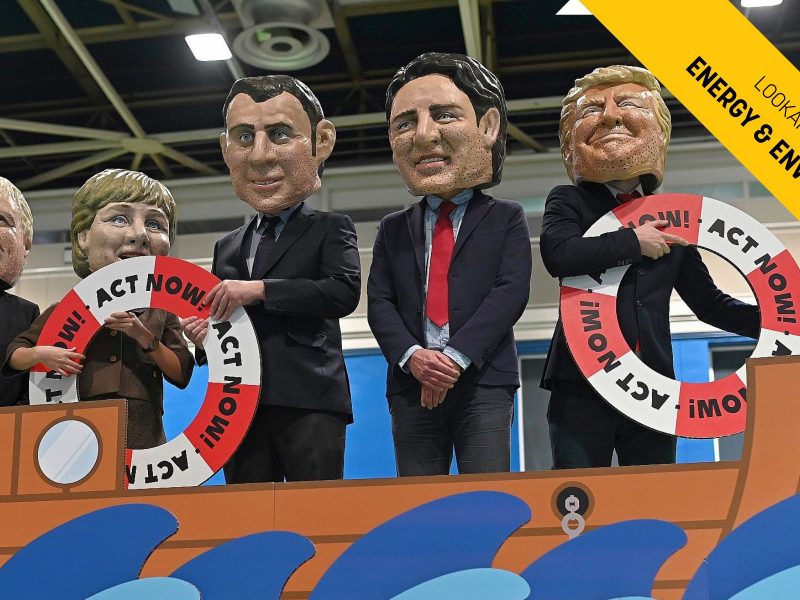