By Dominic Rushe and agencies | In partnership with The Guardian 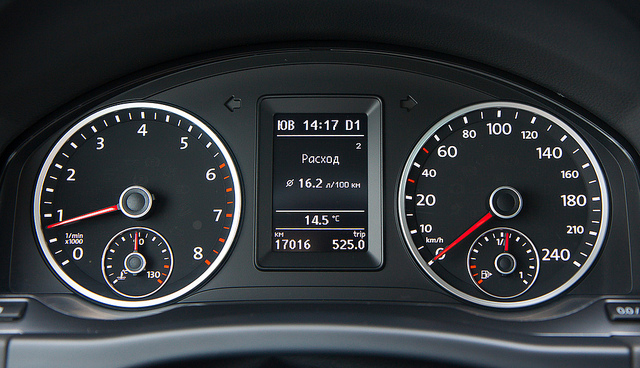 Volkswagen has ordered an external investigation after US regulators found that the carmaker designed software for close to half a million diesel cars that gave false emissions data, its CEO said, adding he was “deeply sorry” for the violation of US rules.

“I personally am deeply sorry that we have broken the trust of our customers and the public,” Martin Winterkorn said in a statement published on Sunday (20 September) by the carmaker on Sunday. “Volkswagen has ordered an external investigation of this matter.”

Related: Volkswagen under investigation over illegal software that masks emissions

The US Environmental Protection Agency (EPA) said on Friday (18 September) the software deceived regulators measuring toxic emissions, adding that Volkswagen could face fines of up to $18bn (£11.5bn) as a result. The carmaker could face penalties of $37,500 for each car not in compliance with clean air rules. The diesel-powered models from 2009-2015 are the VW Jetta, Beetle and Golf, the Passat model from 2014-15, and the Audi A3 from 2009 to 2015.

“We do not and will not tolerate violations of any kind of our internal rules or of the law,” said Winterkorn, adding the company was fully co-operating with the relevant agencies. He gave no details on who would carry out the external investigation.

Cynthia Giles, an enforcement officer at the EPA, said on Friday that the cars in question “contained software that turns off emissions controls when driving normally and turns them on when the car is undergoing an emissions test”.

“VW was concealing the facts from the EPA, the state of California and from consumers. We expected better from VW,” she said. “Using a defeat device in cars to evade clean air standards is illegal and a threat to public health.”

The EPA accused Volkswagen of using the device in 482,000 four-cyclinder Volkswagen and Audi diesel cars in the US since 2008. VW must recall all the cars, remove the defeat device and improve the cars’ NOx emissions, which creates smog and has been linked to increased asthma attacks and other respiratory illnesses.

The feature, which the EPA called a defeat device, masks the true emissions only during testing and therefore when the cars are on the road they emit as much as 40 times the level of pollutants allowed under clean air rules meant to ensure public health is protected, said Giles.

Volkswagen suspended sales of cars containing the company’s four-cylinder turbo direct injection (TDI) engine on Friday in light of the investigation. The “clean diesel” engine is commonly used in models including VW’s Beetle, Golf, Jetta, Passat and the A3 luxury compact made by VW-owned Audi.

Richard Corey, executive officer of the California Air Resources Board (Carb), said on Friday: “Our goal now is to ensure that the affected cars are brought into compliance, to dig more deeply into the extent and implications of Volkswagen’s efforts to cheat on clean air rules, and to take appropriate further action.”

The EPA and Carb discovered the defeat device software following independent analysis by researchers at West Virginia University, who were promoted into action by the International Council on Clean Technology, an NGO.

When confronted with the EPA and Carb’s evidence, VW admitted that its cars were fitted with the defeat device.

The crackdown on Volkswagen comes as the Obama administration is attempting to cut air pollution from an array of sources, including the vehicle industry, power plants and oil and natural-gas providers. The EPA set new carbon rules for big trucks earlier this year and has told all vehicle makers they must sell light vehicles averaging 54.5 miles a gallon by 2025.

In Europe, new laws have forced manufacturers to test their cars under real world conditions and not in laboratories, helping to reduce unrealistic claims about emissions. By 2017 all new cars will have to be more stringently tested, effectively ending an era when car makers could exaggerate the performance of their machines.

UK car industry group the SMMT claims that, because of European legislation to cut tailpipe pollution, Britain’s air quality is better now than it has been for centuries.