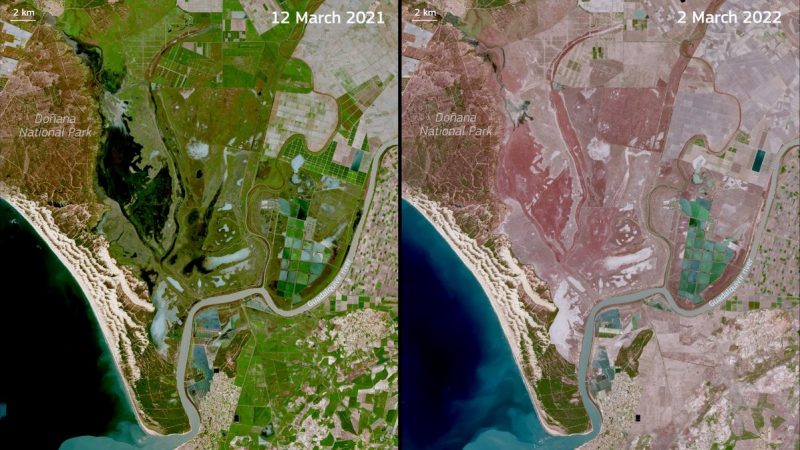 The warmest summer on record featured a heatwave along the Mediterranean rim lasting weeks and the hottest day ever registered in Europe, a blistering 48.8°C in Sicily.

In Greece, high temperatures fuelled deadly wildfires described by the prime minister as the country’s “greatest ecological disaster in decades”.

Forests and homes across more than 8,000 square kilometres were burned to the ground.

Meanwhile, a slow-moving, low-pressure system over Germany broke the record in mid-July for the most rain dumped in a single day.

The downpour was nourished by another unprecedented weather extreme, surface water temperatures over part of the Baltic Sea were more than 5°C above average.

Flooding in Germany and Belgium caused by the heavy rain – made far more likely by climate change, according to peer-reviewed studies – killed scores and caused billions of euros in damage.

As the climate continues to warm, flooding on this scale will become more frequent, the EU climate monitor has warned.

“2021 was a year of extremes, including the hottest summer in Europe, heatwaves in the Mediterranean, flooding and wind droughts in western Europe,” C3S Director Carlo Buontempo said.

“This shows that the understanding of weather and climate extremes is becoming increasingly relevant for key sectors of society.” 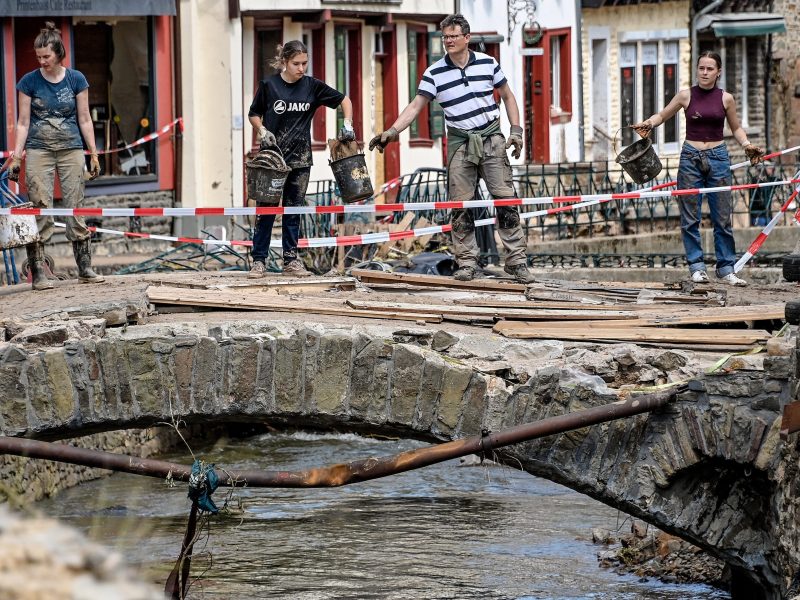 The record-shattering rainfall that caused deadly flooding across Germany and Belgium in July was made up to nine times more likely by the climate crisis, according to research. EURACTIV’s media partner, The Guardian, reports.

‘Running out of time’

The annual report, in its fifth edition, also detailed weather extremes in the Arctic, which has warmed 3°C above the 19th-century benchmark – nearly three times the global average.

Greenland’s ice sheet — which, along with the West Antarctic ice sheet, has become the main driver of sea-level rise — shed some 400 billion tonnes in mass in 2021.

The pace at which the world’s ice sheets are disintegrating has accelerated more than three-fold in the last 30 years.

“Scientific experts like the IPCC have warned us we are running out of time to limit global warming to 1.5°C,” said Mauro Facchini, head of Earth observation at the European Commission’s Directorate-General for Defence Industry and Space, referring to the UN’s science advisory panel.

“This report stresses the urgent necessity to act as climate-related extreme events are already occurring.”