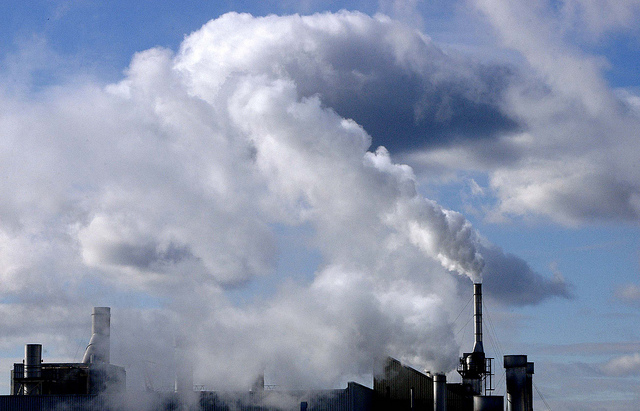 Current global efforts to cut greenhouse gas emissions leave about half of the reductions needed still to be found, according to a new analysis by the UN.

The report suggests that governments will have to go much further in their pledges to limit future carbon dioxide emissions, which have been submitted to the UN ahead of the crunch conference on climate change taking place this December in Paris.

Ways for governments to ramp up their commitments in future are one of the key components of the Paris talks.

The UN Environment Programme (UNEP) published a report showing that global emissions levels should not exceed 48 gigatonnes (GT) of carbon dioxide equivalent by 2025, and 42 GT in 2030, if the world is to have a good chance of holding global warming to no more than 2C on average above pre-industrial temperatures. The 2C threshold is regarded by scientists as the limit of safety, beyond which the ravages of climate change – such as droughts, floods, heatwaves and sea level rises – are likely to become catastrophic and irreversible.

But current pledges, known as Intended Nationally Determined Contributions (INDCs), are likely to lead to emissions of 53 to 58 GT of carbon dioxide equivalent in 2025, and between 54 and 59 GT in 2030.

This means that emissions in 2030 are likely to be about 11GT lower than they would have been without the INDCs. But, according to Unep, they need to be about 12GT lower than that to give the world a two-thirds chance of avoiding more than 2C of warming. This leaves a large “emissions gap” to be made up.

Much work has gone into analysing the emissions pledges that countries have made, with branches of the UN, the International Energy Agency, the New Climate Economy group, and other independent organisations producing reports on what can be expected if the Paris pledges are fulfilled.

There is broad consensus that the commitments that have so far been made are not yet adequate to meet the 2C limit. However, the commitments – which will come into force from 2020, when current international commitments on emissions, agreed at the Copenhagen summit in 2009, are scheduled to run out – represent a marked improvement on “business as usual”.

The International Energy Agency has calculated that, if followed through, the emission plans would result in the growth of emissions from the energy sector slowing to near zero by the end of the next decade. This would not be enough to meet scientific advice, but would be a remarkable reversal of the near-relentless upward trend of greenhouse gas emissions in modern times.

Other analyses, endorsed by the UN, have suggested that warming would be limited to about 2.7C to 3C by the end of this century, under the current INDCs.

While this would still not satisfy scientific advice, it would put the world on a much better footing than it is at present, as on current trends warming would reach as much as 5C above pre-industrial levels by 2100.

Participants in the Paris talks are pinning their hopes on the review mechanism that they hope will be signed there.

This would require regular re-appraisals, probably every five years, of countries’ emissions targets, with a view to ratcheting them upwards to meet scientific advice, as countries’ circumstances permit. This would be a new departure, as the history of UN-brokered deals on climate change to date has been a stop-start process, with major conferences – such as Kyoto in 1997 and Copenhagen in 2009 – producing deals of varying effectiveness, punctuated by periods of stagnation.