A sustainable carbons cycle or a vicious emissions cycle? 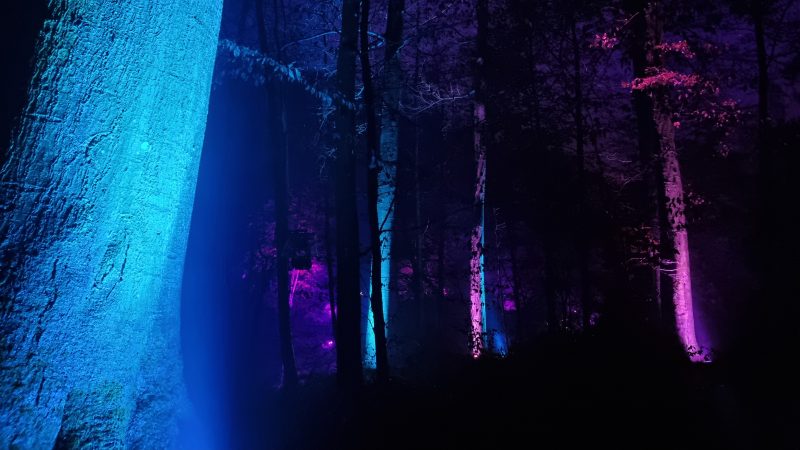 If we are to trust removals, we need confidence that potential reversals will be addressed. This is especially important for forests where fires and pests can wipe out carbon stocks at short notice, writes Wijnand Stoefs. [Pic: F. Simon]

The European Commission’s proposed carbon removal strategy, although it contains some good elements, is also problematic and confusing on other aspects, writes Wijnand Stoefs.

On 15 December, the European Commission published its Sustainable Carbon Cycles Communication, which showcases its vision for carbon farming, industrial carbon capture and utilisation (CCU) and carbon capture and storage (CCS), and permanently removing carbon from the atmosphere.

The communication is meant to provide a blueprint for how carbon removals can compensate for any residual emissions for the EU to achieve climate neutrality by 2050 and net-negative emissions after 2050, as mandated under the EU Climate Law.

Let’s start with the good news. The communication contains some great elements. It highlights numerous times that the EU’s priority is, and should remain, reducing emissions. This is critical as a tonne of carbon removed from the atmosphere and stored permanently cannot be considered equivalent to a tonne of carbon emitted for a number of reasons.

The Intergovernmental Panel on Climate Change (IPCC) concluded that a tonne removed likely has 10% less impact on atmospheric CO2 concentrations than a tonne emitted due to interactions with land and ocean carbon stocks. The same IPCC report highlighted that greenhouse gas pollution could have long-lasting repercussions on life on Earth that removals would not be able to “clean up” or “compensate” for.

There is also the key issue that fossil and biogenic carbon are fundamentally different. Fossil carbon is part of the long-term carbon cycle, in which carbon is stored for (hundreds of) millions of years, such as in coal reserves. Biogenic carbon, in contrast, is part of the short-term carbon cycle – operating over the span of a few years to centuries, such as in a forest with growing and decaying trees.

Another big step forward is on the carbon accounting front: by 2028 any CO2 that is captured, transported, used or stored should be reported and accounted for by its fossil, biogenic or atmospheric origin. This improves transparency and closes the door on greenwashing where carbon that has a fossil origin is relabelled as biological (for example the LanzaTech site in Gent, Belgium).

The communication has, in general, a cautious approach on carbon removals before 2030. Space and time are being allocated for gaining experience and knowledge on removals, including on their co-benefits, adverse effects and accounting difficulties.

However, one particularly challenging difficulty is not acknowledged: accounting for the up-and downstream emissions of a removal process. For example, a direct air capture facility running on coal-powered electricity actually leads to net-emissions: more is emitted during the value chain than is removed. The draft communication also limits itself to intra-EU action – making monitoring and verification not only easier, but also enforceable.

The bad and the ugly

Now onto the bad and the ugly – and there is plenty of both. The document is confusing at best, with various segments contradicting each other. Removing carbon means taking it from the atmosphere, storing it permanently, and accounting for all up- and downstream emissions of the process. The draft communication misses the mark on enforcing those basic principles.

While it calls for more transparent accounting (see above), delayed emissions, recycling of carbon and removals are lumped together without sufficient clarity on differences in roles and needs.

Different ideas on permanence are prevalent throughout the document, meaning that some of the removals promoted by the European Commission might not even be real removals. For instance, it sets out that there should be “differentiation between industrial solutions that permanently remove carbon dioxide and those that store the carbon for shorter periods or without a net decrease of the CO2 concentration in the atmosphere”. However, elsewhere short term stores (such as plastics, wooden products and building materials) are considered permanent stores.

And liability for any reversals of storage that leads to stored carbon being re-emitted into the atmosphere isn’t even mentioned – which is a troubling omission. If we are to trust removals, we need confidence that potential reversals will be addressed. This is especially important for carbon farming and other natural carbon sinks, where forest fires, pests, droughts, changed farming practices and other risk factors can wipe out carbon stocks at short notice.

But worst of all, the communication opens the door for offsetting emissions under so-called regulatory and compliance frameworks after 2030. Allowing for offsets in the EU’s Emissions Trading System (ETS), Effort Sharing Regulation (ESR) and the Land Use, Land-use Change, and Forestry (LULUCF) Regulation will be extremely detrimental and counter-productive.

This not only contradicts the stated priority of emission reductions over carbon removals, but it also fundamentally undermines the functioning of those policies as drivers of effective emissions reductions. Offsetting is a zero-sum game that does not reduce emissions, and we do not have the luxury of time to waste on it given that emissions need to be reduced across all sectors and activities as fast and as deeply as possible. Removals should be counted towards a separate removal target to ensure they do not slow down economy-wide decarbonisation efforts.

There is still time to improve the EU’s removal strategy. At the very least the Commission must shut the door to offsetting after 2030, put in place an airtight definition for permanence and set clear standards for liability for reversals. Removals need to complement emission reductions, not undermine them. Otherwise this Communication will not create a robust framework for removals that is sorely needed, but will end up promoting false climate solutions and slow down climate action.

We hope that European Commission Vice-president Frans Timmermans listens to the concerns we and other green NGOs outlined in an open letter sent to him. The removal strategy needs to change to transform the vicious emissions cycle it currently promotes into a virtuous and truly sustainable carbon cycle.