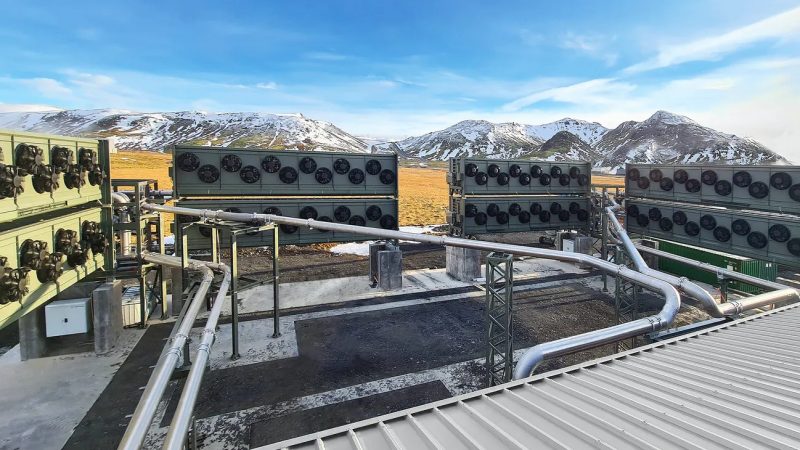 Back in June, fifteen Members of the European Parliament sent an open letter to Vice-President Timmermans and Commissioners Simson, Breton and Sinkevičius calling for financial and policy incentives to promote carbon dioxide removals (CDR) to help the EU reach climate neutrality.

We agree that carbon removals and research into this field will likely be necessary for Europe and the globe to become climate-neutral. However, the signatories miss the mark in two distinct ways:

Second, it presents concrete proposals (notably incentivising the use of CCU and CCS through the EU carbon market) which could lead to public money being used to greenwash industry claims of climate neutrality, investments in false climate ‘solutions’ and massive stranded assets.

CDR, CCS and CCU are very different sets of technologies with very different climate implications. Combining them into one narrative and promoting them with the same policies obfuscates these differences.

Carbon removals mean physically taking greenhouse gasses (GHG) out of the atmosphere and storing them permanently (or at least for several centuries), thereby reducing the amount of CO2 in the atmosphere.

While our immediate priority must remain to cut CO2 pollution as fast as possible, carbon removals can be used to reach climate neutrality (a balance between emissions and removals) or net-negative emissions (an overall decrease in GHGs in the atmosphere)

Carbon capture and storage/utilisation technologies, on the other hand, in general, remove GHGs only from industrial installations (but never all!), and they can only reduce emissions going into the atmosphere if well-designed and implemented. Capturing CO2 from smokestacks is also costly and very energy-intensive, and makes little financial sense for companies.

Whether removed from the atmosphere or captured at the smokestack, storage sites would need to be monitored for centuries, and those storing the carbon today should be liable for future leaks – potentially well beyond our lifetimes. Putting such a burden on future generations is unfair.

It is therefore imperative that carbon capture and storage be used only in sectors that have limited alternative emission reduction potential. In the power sector, for example, CCS can only lead to stranded assets.

Carbon capture and utilisation entail using captured CO2 to produce, for example, plastics, building materials or fuels. Most CCU processes just delay emissions as the fuel will be burned, and the plastics will decompose or be burned at some point.

Some of these processes could even increase emissions due to the massive amounts of energy needed to capture CO2 from smokestacks.

CCS is by no means a mature and effective technology with only 4% of the announced projects coming online between 2014 and 2016.

For BECCS, all biomass used needs to be sustainably sourced. This is currently not the case in Europe: much of the biomass used leads to deforestation and environmental devastation elsewhere.

The largest biomass-fueled power plant in Europe (Drax) is deforesting large parts of the US and incentivising unsustainable and monoculture plantations while actually increasing emissions. BECCS is absolutely not an “environmentally safe and socially beneficial CO2 removal” technology.

Waste-to-energy with carbon capture and storage should only be considered if the waste is biogenic, and there are no better ways to use this waste. Promoting waste-to-energy CCS could have perverse impacts; for example, incentivising the creation of waste in the forestry sector.

Also, in a circular economy, waste streams should be minimised. Investing in costly carbon capture and storage installations for waste treatment facilities due to be scaled back will lead to major stranded assets with minimal climate benefits.

As for CCU, it has no place under the EU carbon market. Some CCU technologies at best delay some emissions for hours, days, months or a few years. At worst, they make industry pollution magically disappear from the carbon pricing scheme without polluters paying, but the emissions will still end up in the atmosphere.

What is the right way forward?

The EU carbon market should continue to focus on decreasing emissions, instead of becoming (again) a tool for polluters to offset their emissions. The scheme is still recovering from allowing companies to use low-quality international credits to offset their pollution, which only became impossible this year. It would be foolish to repeat this mistake.

However, as the signatories also propose, the carbon market’s Innovation Fund could be a good instrument to help mature technologies that remove carbon from the atmosphere.

But no public funding should go towards projects that lead to delayed emissions, continued fossil fuel exploitation and burning, or carbon capture and storage solutions for sectors with other decarbonisation options.

We need a transparent and robust framework to assess which technologies perform best at removing carbon from the atmosphere. And we need to take our time to get it right and not rush into half-baked solutions.

The European Commission is establishing a Carbon Removal Certification Mechanism and funding research work into carbon removals. These are important steps to understanding these technologies and their (unintended) impacts on our society, environment, economy and future generations.

This homework must be done first, as these efforts are crucial to ensure carbon removals are addressed in the right way. Simply throwing public money at false climate solutions proposed by industry players with financial interests would be a huge mistake.

As with all efforts to slow down the climate breakdown, it is important to keep one thing in mind: the atmosphere cannot be cheated.