Under a French proposal, the EU would no longer make trade deals with countries that do not ratify or implement the Paris Agreement. [COP PARIS / Flickr]

The European Union should support France’s proposal to add compliance with the Paris Agreement as an essential element of EU trade accords, writes Steve Herz.

Steve Herz is Senior Attorney at the Sierra Club, a US-based environmental organisation.

At today’s Environment Council, the French government will present a proposal to add compliance with the Paris Climate Agreement as an essential element of EU trade agreements. This would mean that the EU would no longer make trade deals with countries that do not ratify or implement the Paris Agreement.

To meet the Paris goals of keeping climate change well below 2°C, all countries must speed up their reductions of greenhouse gas pollution. Europe is leading the way. Last week’s agreement to raise its renewable energy and energy efficiency goals will enable the EU to bring its overall emissions reduction target more closely in line with the Paris temperature goals.

But France’s worry is that Trump’s repudiation of the Paris Agreement could make it harder to increase overall global action to meet the Paris temperature goals.

By renouncing the US target and weakening federal climate policies, Trump will likely increase the shortfall between current pledges and the reductions necessary to meet the Paris objectives. Even if more ambitious sub-national and private sector initiatives can keep the US on pace to meet its 2025 pledge, the lack of federal administrative action will impede the US from making much of a contribution to closing the existing gap.

Worse, Trump’s reversal of the US commitment could undermine the effectiveness of the Agreement’s carefully calibrated mechanism for increasing action. While the Agreement gives countries full discretion to set their own targets, it also includes a strong expectation that they act ambitiously and will strengthen their contribution over time. But if front-running countries passively accept such defections, it would set the disastrous precedent that others need not honor their commitments or increase their efforts. This can only dampen overall ambition.

By making improved access to European markets contingent on Paris implementation, the EU would leverage its economic and diplomatic power to strengthen incentives for other countries to help meet the Paris goals. This would fundamentally reframe climate politics in three important ways. 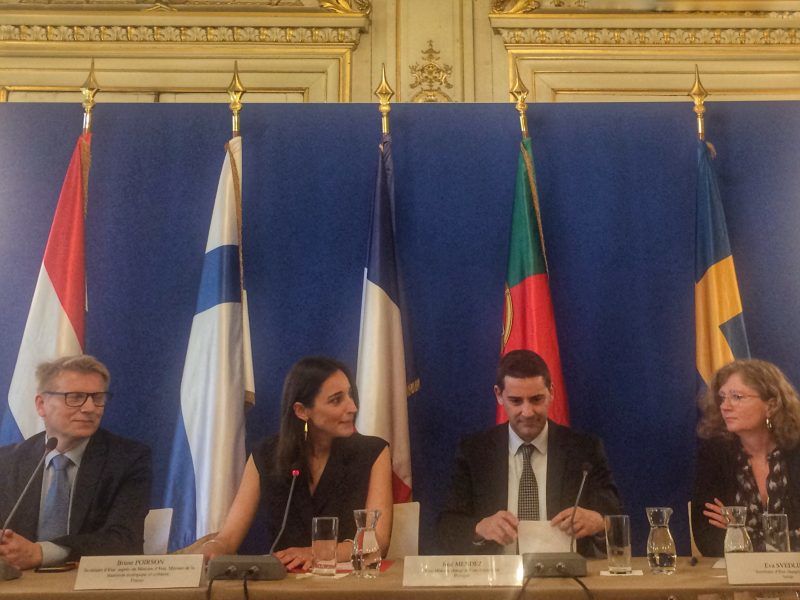 First, it would elevate the stature of the Paris Agreement by putting it politically on par with trade agreements as a key pillar of the rules-based international order. While many world leaders recognise that unchecked climate change will imperil their country’s security, prosperity, and well-being, few have actually prioritised it in their foreign policies alongside other core national interests. The French proposal would begin to reorder those priorities and lift climate change into the top tier of strategic issues.

Second, recognising that climate laggards are most likely to respond to incentives that implicate their core strategic priorities, France has concluded that limiting access to lucrative European markets could be a powerful tool to deter free-riding. This is an innovation in climate diplomacy. Although countries often use such cross-issue linkages to gain leverage in other areas of international relations, they have rarely employed them to encourage climate ambition.

Third, the French proposal would advance a new global norm of climate action. The EU and many other countries already eschew trade agreements with nations that violate global norms: human rights abusers, weapons proliferators, and other rogue nations. No country, however, has previously sought to use its trade relationships to uphold a climate protection norm.

In part, this is because such a norm is not yet fully developed or well-established. Although the Paris consensus reflects a broadly shared expectation that all countries will take ambitious actions in accordance with their national circumstances and will increase those actions over time,  many countries are not yet willing to concede that their decisions around how much and how fast to decarbonise are truly a matter of international concern.

As climate impacts become more intense and the need for accelerated action becomes more urgent, however, this view is likely to become increasingly untenable. Not so long ago, it was equally accepted that the international community had little to say about how countries should treat their own citizens. But that view gave way to the modern understanding that a country’s respect for basic human rights is a legitimate matter of international concern, and even binding international law.

Now, countries closely scrutinise each other’s rights records, and those that fail to meet minimum standards risk condemnation, sanction, and even isolation. France’s proposal could help spark a similar evolution in climate norms, in which the biggest climate scofflaws, like the worst human rights abusers, eventually come to be seen as violating the most basic conditions of membership in the community of nations.

France has proposed an innovative approach to use Europe’s trade relationships to elevate the importance of the Paris Agreement, raise the costs of free-riding, and help advance the acceptance of a more vigorous climate protection norm. This would help counter the threats to the Paris Agreement and begin to address the longer-term challenges inherent in its bottom up pledging structure. 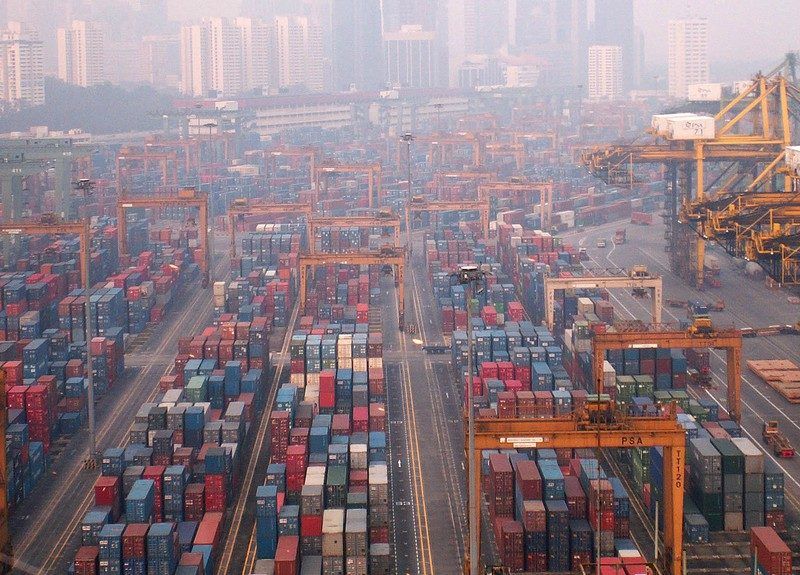