By Jiang Kejun and Valérie Masson-Delmotte

The ABC of climate science. Last October, the IPCC 1.5°C report made it clear that in the fight against climate change, every fraction of a degree matters. [NASA Earth Observatory / Flickr]

Valérie Masson-Delmotte is a Senior scientist at the Laboratoire des sciences du climat et de l’environnement (France). Jiang Kejun is a researcher at the Energy Research Institute (China). They both contributed to the IPCC Special Report on Global Warming of 1.5°C. They wrote this article in their personal capacities.

How will our children and grandchildren, looking back on this period in history, judge our response to climate change, the defining challenge of our time? Will they consider us ignorant of the threat despite all the evidence or just technologically ill-equipped to meet it?

Or will they look back from a future where our economy has been transformed and the climate stabilised, and instead express bafflement that our political institutions and representatives were so unequal to the task at hand?

To us, as climate scientists, it is baffling and frustrating that after decades of warnings, growing evidence, and concrete proposals for addressing greenhouse gas emissions, government policy still lags far behind what is necessary to avert potentially catastrophic global warming.

In October, the landmark 1.5°C report from the Intergovernmental Panel on Climate Change (IPCC) – which we both contributed to – summarised everything the scientific community knows about how climate change is affecting our world. That was on paper.

But even as the report was being read and digested, the real world impacts of climate change were impossible to ignore. Europe battled with the aftermath of a summer of intense heatwaves that caused massive crop failures and deadly wildfires across the continent. Scientists found the heatwaves were made at least twice as likely in some places by climate change.

On the other side of the world, China, too, was scorched by heat this summer and battered by flooding. Such extreme weather events will only become more common, with parts of the country potentially becoming uninhabitable by the end of the century, as well as facing hundreds of billions of dollars of costs from flooding well before then. Once rare extreme events like the 2017 record heatwaves in central and eastern China are now one-in-five-year events due to climate change.

The IPCC 1.5°C report made it clear that in the fight against climate change, every fraction of a degree matters. A world that is 2°C warmer is very, very different to a 1.5°C world. It would see more violent heatwaves and extreme weather events, worse droughts and more sea level rise.

Fortunately, we not only have the knowledge but we also have the means to meet the challenge. The IPCC’s 1.5°C report was clear that the solutions to hold global temperatures to this level do exist. There is no doubt that the scale, ambition and speed of the emissions reductions necessary are challenging. But there is also no doubt that we have the technological answers – at hand, at scale and, in many cases, at comparable costs to their carbon-intensive equivalents.

Just last week the global shipping company Maersk made an ambitious leap to side itself with ambitious technology and declare that it will be carbon neutral by 2030. Their bold move should serve as an example to our political leaders. The challenge is not so much one of technological difficulties, but of will.

There is clearly growing public concern about the implications of a changing climate – a recent survey found that large majorities of people in Europe and China are concerned or alarmed about climate change. We know that millions of people are already channelling this concern into action in their own lives, but it is also clear that governments and decision-makers must step up. They should be leading the way and inspire further action from businesses, investors, cities and regions.

Particularly striking is the emergence of the ‘Generation Anthropocene’, with many young people eager to dedicate their skills to deploy solutions now. At the ongoing COP24 climate conference in Poland, one of the strongest voices holding governments into account has been 15-year-old Swedish climate activist Greta Thunberg, who previously made headlines by going on school strike to protest against climate inaction.

The climate talks in Poland present an opportunity for the EU and China to come together to provide global leadership on this crucial question. We welcome the vision presented by the European Commission, the EU’s executive arm, for the bloc to cut its emissions to net-zero by 2050. This should represent the minimum ambition for all countries, including China. Indeed, a similar target from the Chinese government would be extremely beneficial to the country’s transitioning economy.

First, it would provide an additional imperative to reform the economy into something more modern and sustainable. Second, it would be a tool to help realise the government’s grand concept of ‘ecological civilisation’, which aims to increase quality of life and restore a better balance between human needs and natural resources. And, lastly, a more ambitious climate target for the country would result in $534 billion in health savings in 2030, nearly 60% more than if China met its existing pledges under the Paris Agreement, according to MIT.

Importantly, the IPCC 1.5°C report describes how an ethical, fair and just transition to a low-carbon economy can be achieved: by paying specific attention to those most vulnerable to climate change and to climate policies, including those facing energy poverty and workers in carbon intensive sectors.

The scientific, economic and social arguments for aggressive action on climate change are powerful. It is now incumbent on our political leaders to turn the advice we in the scientific community have been providing them into the concrete action the public is demanding. We are at a fork in the road as our governments mull what action to take, and as our children and grandchildren watch on, willing us to take the right path. 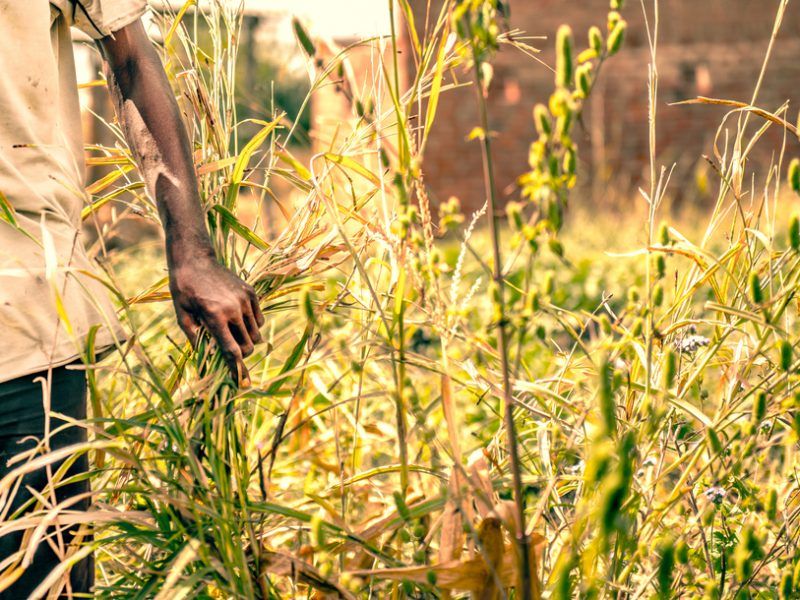 One response to “Climate change is a problem of politics, not science”