COP25: From agreement to action to combat climate emergency 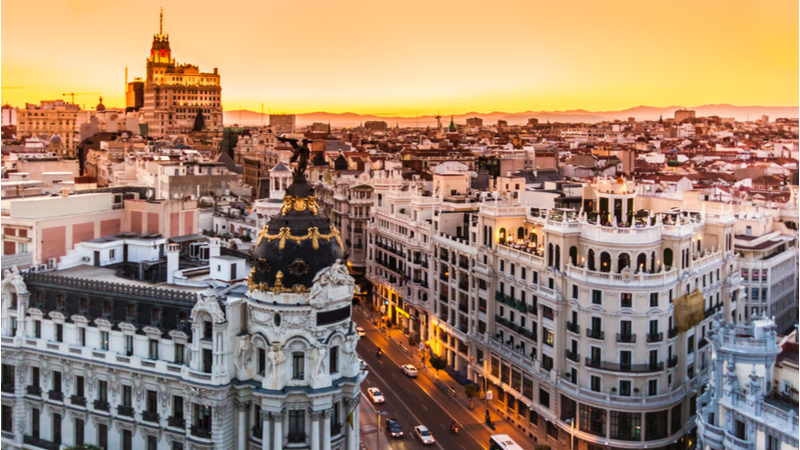 Although the Paris Agreement itself is an unquestionable success, the real struggle still lies ahead of us. It is time to turn political commitment into policy, write Jytte Guteland, Nicolás González Casares, and Mohammed Chahim.

Climate change is an existential threat that constitutes the greatest challenge we face. The scientific community has long moved from having doubts as to scientifically prove that global warming is real and caused by human activities. We can see the effects of climate change on ecosystems, human health and the economy. With more extreme weather events such as frequent heat waves, storms, forest fires and floods all over the world. These are adverse effects that impact all of society and disproportionally affect the most vulnerable populations.

We demand decisive action now, for both mitigation and adaptation. The European Parliament has proclaimed a state of emergency for the climate and environment. In short, the world is quickly running out of time and what we need now is political leadership and concrete action before it is too late. As the UN Secretary-General rightly said at the recent New York Climate Summit, “the climate emergency is a race we are losing, but it is a race we can win”.

Now we have one last chance: the Paris Agreement. The international community has agreed to limit the average temperature increase to well below 2°C and pursue efforts to limit it to a maximum of 1.5°C.

Although the Paris Agreement itself is an unquestionable success, the real struggle still lies ahead of us. The world’s GHG emissions are not decreasing, but instead continue to grow. Since the signing of the agreement, GHG emissions have continued to increase, making these last four years the warmest ever recorded. The development of the climate is still going in the wrong direction. Moreover, the measures already planned to be implemented by the countries, the so-called Nationally Determined Contributions (or NDCs) are clearly insufficient: instead of reaching the 1.5ºC target, global temperatures are expected to rise  by 3.2ºC by the year 2100, with catastrophic consequences. The European Union’s contributions are currently also not in line with the Paris objectives.

We cannot afford more non-compliance. Last year, the IPCC made it clear that a temperature rise of 2°C would have a significantly more damaging impact than 1.5°C. This year, the reports on impacts on land and oceans warn of “irreversible” losses in these ecosystems, having a direct impact on everything around us, from the air we breathe, to the food we eat and our health.

If these are the risks, why isn’t there more action? Is it because of a lack of support among citizens? Quite the reverse. According to the most recent Eurobarometer, 93% of EU citizens consider climate change to be a serious problem. And, worldwide, we have just experienced the most important global citizen mobilisation in history, when in September a record 7.6 million people, mainly young people, took to the streets, aware of the fact that they will inherit tomorrow the consequences of what is done today.

Is it because of economic non-viability? On the contrary. There is no greater cost than a failure to act. Even more so, combating the climate emergency is also an economic opportunity. The European Commission estimates that the transformation to a decarbonised economy will yield a two-point increase in our GDP by 2050, creating new, local, high quality employment opportunities.

This is not wishful thinking: Europeans, as the third-largest emitters of GHGs after China and the United States, have been working to decarbonise the economy for years. And that work has paid off: between 1990 and 2018 we reduced our emissions by 23%, while GDP increased by more than 61%. As a result, Europe not only consumes less energy today, but also consumes more efficiently and cleaner energy, with a substantially larger and more modern economy than 20 years ago. But there is no time to rest on our laurels. Ahead of us is the need to make profound changes to our production and consumption models in order to face the challenges and fulfil our commitments.

What we need, therefore, is political commitment. This is why we all pushed the European Parliament to declare a climate and environment emergency. As the voice representing Europe’s 500 million citizens, the European Parliament is taking a clear stance before COP25. We demand that Europe leads the way internationally and urgently takes the concrete action needed in order to fight and contain this threat before it is too late. Because the efforts to limit global warming will only be successful if Europe manages to mobilise also the rest of the international community.

At global level, we need to forge multilateral consensus and commitments from emission-intensive countries such as China, India or Russia in light of the United States’ irresponsible withdrawal from the Paris Agreement. In this respect, COP25 is vital for two reasons: first, because the conference takes place one year before the first review of the NDCs, hence the need to show ambition. And second, because COP24 in Katowice made progress in defining the technical framework needed to implement the objectives of the Paris Agreement. Now, it is necessary to complete this framework and move forward on issues such as common time-frames for NDCs or detailed provisions for the reporting of GHG emissions, mitigation actions and support, as well as on cooperative approaches by the parties to mitigate emissions through carbon market mechanisms, and avoiding the double counting of emission reductions. Establishing a carbon price is a key tool to advance efficiently in the reduction of emissions. In this sense, other countries could consider our European emissions market as a global mechanism to modulate the price of CO2 and reduce emissions.

At European level, we, as part of the European Parliament Delegation to COP25, has a strong mandate to demonstrate to the world that Europe provides leadership in the fight against climate change. The Parliament has approved an ambitious resolution, which among other elements, calls for an increase in European commitments to reduce CO2 emissions by 55% in 2030 and sets climate neutrality as an objective by 2050. To this end, our delegation will emphasise the benefits of promoting energy efficiency and renewable energies, and the need for strategies to abolish subsidies for fossil fuels. We also need to convince developed countries to increase their contributions to the Adaptation Fund, as poverty renders populations affected by climate change even more vulnerable. In addition, we will need a strategy for managing and conserving the planet’s forests, avoiding deforestation and protecting biodiversity.

But none of this will be possible if it is not done within a framework of Just Transition, which takes special account of the regions, sectors and, above all, the people who are most affected by the necessary transformation. Social justice must be at the heart of the European Green Deal, which must serve as a driving force for progress in our society, generating new, greener and better jobs, and shifting the pillars of our economic development model towards a decarbonised, climate neutral, safer, more competitive and fair society.

We have the technology and the resources at our disposal, so let’s turn the commitment into reality. There is not a single second to waste.

One response to “COP25: From agreement to action to combat climate emergency”