By Hans-Josef Fell and Thure Traber 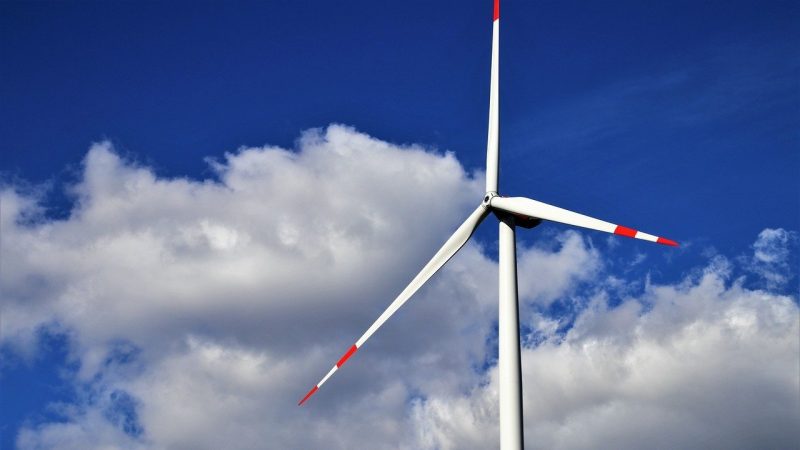 The EU’s aim for net zero by 2050 is insufficient to meet the Paris Agreement and limit warming to 1.5°C. To avoid climate catastrophe, Europe needs to rethink auctions for renewable energy and reintroducing support for small scale supply, argue Hans-Josef Fell and Dr Thure Traber.

Hans-Josef Fell is a former member of the German Bundestag (1998-2013) and currently President of the Energy Watch Group (EWG), an energy think tank based in Berlin. Dr Thure Traber is the EWG’s Chief Researcher.

The Paris Climate Agreement was adopted on 12 December 2015. In it, the signatory states pledged to limit the global temperature increase to 1.5°C, if possible.

Five years later, climate change has turned into a climate crisis, and despite increasing protests for more climate protection, politics remains far behind the necessities of adequate climate policy.

Climate neutrality (net zero) by 2050 is the current EU climate policy mantra and it comes with the claim that this plan is sufficient to meet the Paris targets. Unfortunately, on closer inspection, not much remains of this assumption, casting doubts on the adequacy of European climate policy as a whole

It does not sound far away, however, reaching climate neutrality in 30 years will prove to be largely insufficient to limit global warming to 1.5°C. The scientific evidence for that is overwhelming, as shown by the Energy Watch Group’s recent policy paper.

The EU’s Copernicus Climate Change Service finds that the atmospheric temperature in 2020 was already 1.25°C above the pre-industrial period. And calculations by the experts contributing to the Intergovernmental Panel on Climate Change (IPCC) show that global warming of 1.5°C can be expected as early as 2030.

Instead, the IPCC officially suggests to policymakers that only 1.3°C would be reached in 2030. This contradicts the model calculations of the IPCC’s own experts and misleads the public.

Based on the official IPCC statements, however, the political goal of climate neutrality by 2050 still foresees the use of fossil resources in Europe and elsewhere and thus further greenhouse gas emissions from 2030 onwards – i.e. after 1.5°C has been exceeded.

Such scenarios do not question the effectiveness of the target and lead to the erroneous assumption: effective climate protection can be achieved by pathways leading to climate neutrality by 2050.

Largely neglecting the necessity of climate protection, the European targets of 55% emission reduction compared to 1990 and of 32% renewable energy by 2030 only reflects this wrong narrative.

The example of Germany clearly shows that even if emissions were to be continuously reduced to zero from 2021 to 2050, almost another ten billion tons of German CO2 emissions would be emitted during this period alone.

This corresponds to about three times (factor 2.84) the amount indicated by the German Advisory Council on the Environment (SRU) on the basis of IPCC’s scientific – but not officially communicated – data as the upper German limit for achieving the 1.5°C target.

So, what would really be in store for Europe, if we adhere to the goal of climate neutrality by 2050? Not unlikely a climate catastrophe beyond 3°C, a Hothouse Earth scenario in which human civilisation as we know it today, may no longer be able to exist.

The proximity to such a (climate) catastrophic point of no return and the speed with which we are heading toward such point is widely not yet perceived or simply ignored on the political level, from the national parliaments to the European institutions, the media and to some extend even scientifically.

Those who claim, like the Commission, that the Paris Agreement could be met with the goal of climate neutrality by 2050 are knowingly or unknowingly deceiving the public.

Converting the economy by 2030 is possible but requires strong political will. It is technically and economically feasible, albeit with the greatest effort, to build a global zero-emissions economy combined with large natural carbon sinks by 2030. If the EU wants to stay at the forefront against the climate crisis, this is the required level of ambition and political leadership.

The starting point of such an endeavour must be an accelerated energy transition to 100% renewable energies in order to significantly cut greenhouse gas emissions and decarbonise the European economy.

Fortunately, the situation is more favourable than ever. The crucial technologies for pronounced electrification with renewable energies are not only becoming steadily cheaper but also allow for a decentralised transformation that is less dependent on the time-consuming development of gigantic infrastructures.

In order to facilitate this necessary shift, the current policy of incentivising renewable energies mainly by auctioning schemes has to be reconsidered, as laid out in a recently published international comparative study commissioned by the Energy Watch Group, World Future Council, the Global Renewables Congress and Haleakala Stiftung.

This could trigger an unprecedented rollout of renewable energy, as currently observable in Vietnam where rooftop PV installations increased by 9GW in 2020 due to the implementation of a simple feed-in support scheme without auctioning.

Auctioning should be solely applied to large scale projects that are able to attract sufficiently strong competition of bidders. Instead, medium and small-scale projects are better supported by feed-in policies circumventing complicated and bureaucratic procedures inherent to state organised auctions.

These feed-in policies should also be applied not only to support electricity from single technologies, but reliable electricity supply provided from a mix of renewable energy and storage technologies. These measures combined may be able to generate an overall dynamic sufficient to bring Paris targets back into reach.

If we are serious about meeting the targets we agreed upon on 15 December 2015, first, we urgently need more studies and research that are based on the necessities of climate science and accordingly take into account the catastrophic climate risk, which could be ahead of us.

Second, this includes rejecting political targets such as climate neutrality by 2050 as insufficient and instead to develop scenarios, benchmarks and political guidelines that show what is really needed to meet the Paris targets.

In other words, how can we transform our energy system the whole European economy to achieve zero emissions by 2030. The undeniable risk of our planet sliding into an uncontrollable climate catastrophe leaves us no other choice.