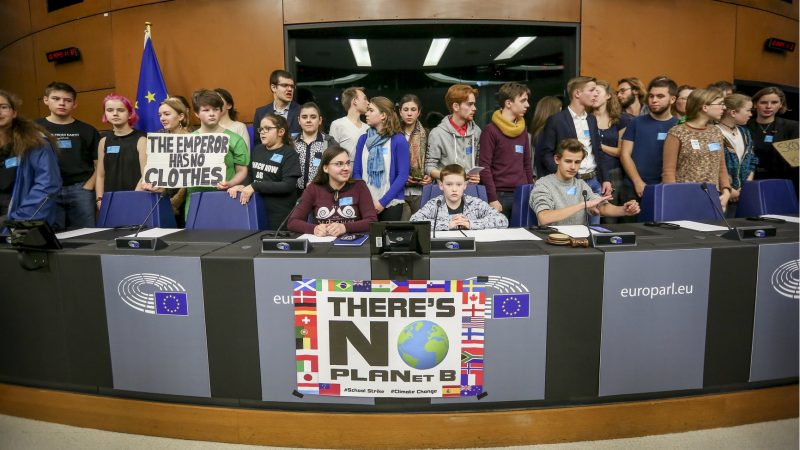 The European Green Deal is the best way to make the real changes Europe needs to be able to recover from the COVID-19 crisis, writes a group of 700 elected representatives and citizens from all sectors of civil society.

The following open letter was co-signed by more than 700 politicians, climatologists, economists, unionists, entrepreneurs, students, citizens and elected representatives at local, national and European level. The full list of signatories is available at the bottom.

To Mrs. von der Leyen, President of the European Commission,
To the Heads of State and of Government of the EU,

Our society is facing a brutal shock. The priority is to save lives, of course, as well as jobs, but this crisis should not make us forget the climate emergency. More than ever, it is time to build a new European Pact for Climate and Jobs.

The last weeks were totally sinister, but we all had drinking water in our homes, businesses and hospitals… What will happen if climate change worsens and if, in 15 or 20 years’ time, the water table in some major cities is empty for several months?

The European Green Deal is the best way to make the real changes Europe needs to be able to recover from the COVID-19 crisis, to generate millions of jobs, and to create the most resilient economy possible. For this to happen, the Green Deal needs real funding.

We are students, climatologists, economists, unionists, entrepreneurs, citizens and elected representatives at local, national and European level, (former) Members of Parliaments and (former) (Prime) Ministers, from very different backgrounds. We are convinced that the ecological transition is not only a matter of survival, but also a moral obligation and an opportunity for Europe to reinvent itself as it recovers from the COVID-19 crisis.

The Climate emergency requires that we insulate all buildings, boost public transport and renewable energies, transform our agricultural model, protect biodiversity, protect and clean forests and the ocean, and develop adaptation and even reparation policies. All these projects are facing the same obstacle, however: who will pay?

When working on a scenario of a 40% emission reduction target for 2030, the European Commission “has estimated that achieving the current 2030 climate and energy targets will require €260 billion of additional annual investment” (Green Deal Communication, 12/2019). Already in 2016, it was estimated that the investment gap would be as high as €529 billion per year starting in 2021 (public and private), based on a scenario implying -47% of emissions for 2030. Today, with an increased target, the investment need must be increased accordingly.

The commitments from the European Commission to finance the Green Deal fall far short of such amounts – the “Sustainable Europe Investment plan” would provide around €100 billion per year and,alarmingly, it is not even certain that this can actually be mobilised. The Green Deal has so far been promised far too few financial resources (between 2 and 10 times too few) to ever see it succeed. It must have the means the deliver on its promises.

In order to win the climate battle, we solemnly call on you to include, as one of the main pillars of the recovery plan that you have announced, credible solutions to finance a real Green Deal and to recognise the state of climate emergency.

In order to create international momentum, the EU must agree on an increased 2030 climate target, in line with science, equity and the Paris Agreement’s 1.5°C objective, well in advance of COP26. For Member States to agree on this, how this transition will be paid for must be identified.

To this end, we are proposing three solutions we believe can reach a broad consensus:

These three solutions would provide sufficient money to finance a just transition that would be fair for workers, communities and citizens. They would enable the EU Green Deal to create more than 5 million jobs in Europe, as well as improving the livelihoods of millions of families and boosting investments in the carbon free economy. In the face of the climate emergency, whatever our political leanings, we must all strive for its success.

The European Commission president, Ursula von der Leyen, said last July that she was inspired by “the passion, conviction and energy of those millions of young people who have made their voices heard in our streets and found the way to our hearts”. She added, “It is the duty of our generation not to disappoint them”.

The European Union was born with coal and steel. It can be reborn with a European Pact for climate and jobs.

We invite every citizen of Europe to join this Call, like 1 million already did in just 1 week, on the website Climateandjobs.eu, where the original version of this Call, as well as the sources of the different figures provided in this Call are also available.

Leaders of political groups in the European Parliament

Members of the European Parliament (MEP)

One response to “European Call: 3 solutions for climate and jobs”