The next EU budget will have a new instrument through which the EU will deliver much of its support to partner countries, the Neighbourhood, Development and International Cooperation Instrument (NDICI). [Oxfam International / Flickr]

Key elements of the EU’s foreign policy funding will be finalised during ‘trilogue’ talks this week. Raising the climate spending target there could make a vital difference to supporting partner countries to deliver green recovery plans, writes Rachel Simon.

Rachel Simon is the climate and development policy coordinator at Climate Action Network (CAN) Europe.

The next EU budget will have a new instrument through which the EU will deliver much of its support to partner countries, the Neighbourhood, Development and International Cooperation Instrument (NDICI).

If designed right, this instrument has the potential to support the EU’s partner countries to implement green recovery plans, enhanced climate and biodiversity plans, and deliver on the Sustainable Development Goals.

But in their agreement on the EU budget and recovery package last week, the Council and the Parliament chose to sideline external action, sending an alarming signal about European solidarity with the rest of the world.

An extra €1 billion proposed for the NDICI would come from reflows in the current budget period – not new money. This would hamper the EU’s ability to tackle the global crises and challenges hitting developing countries the hardest, including the rise in extreme poverty and inequality, the climate emergency, biodiversity crisis, gender-based discrimination and violence.

As a result, even though the climate and biodiversity crises come on top of development challenges and should be tackled with new and additional money, the NDICI has to find a way to deliver more with current funds.

In the current period 2014-2020, 20% of funding for developing countries has been dedicated to climate action. Within that time, the Paris Agreement has entered into force, the climate and biodiversity crises have accelerated with impacts hitting the most vulnerable hardest, and the COVID-19 crisis demands green recovery plans to build back better.

This Friday, decision-makers should move to the Parliament’s position for a 45% climate and environment target in the NDICI.

Because of the way the target is allocated, it will incentivise climate and environment action across sectors, to deliver multiple other benefits, including for health, human development, and gender equality – through cleaner and greener cities, green livelihoods and community-led adaptation.

With some member states and the fossil fuel industry pushing hard to enable the use of EU funds for subsidising fossil gas, decision-makers must also take a robust approach to the ‘do no harm’ principle, exclude support for fossil fuel activities, and put in place strong environmental, social and human rights safeguards for communities.

Besides the EU budget, Member States also need to set out their own plans for international climate finance after 2020. The $100 billion annual climate finance goal, affirmed in the Paris Agreement, comes into force this year, and delivery on this annual goal needs to improve and increase from this year on.

The EU and its member states should use the upcoming Paris Agreement Anniversary to send a strong signal of solidarity.

On 12 December the leaders of the UK, France, Chile, Italy and the UN are co-hosting the Climate Ambition Summit, on the 5th anniversary of the Paris Agreement, inviting “bold”, new commitments from parties. To get a slot in the agenda, leaders will have to bring new climate plans, long-term strategies to net-zero, adaptation plans, and climate finance commitments.

Germany, holding the Presidency of the Council of the EU, can send a strong international signal by committing to double its own climate finance to €8 billion from 2021-2025.

The United Kingdom already announced such a doubling at the 2019 UN Secretary General’s climate summit in 2019. And Germany should persuade as many other European countries to scale up their climate finance contributions. 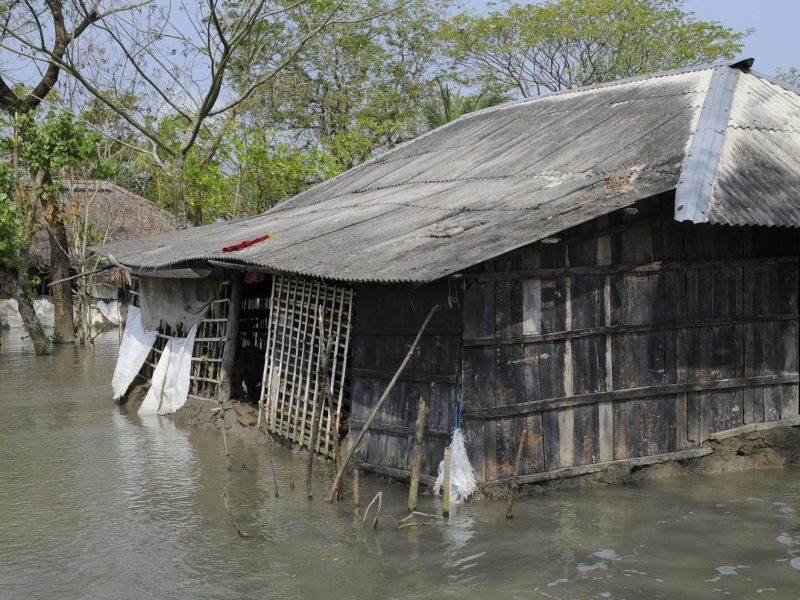 EU countries urged to support 'green recovery' across the globe