Europeans need a positive story: A new Europe for the planet 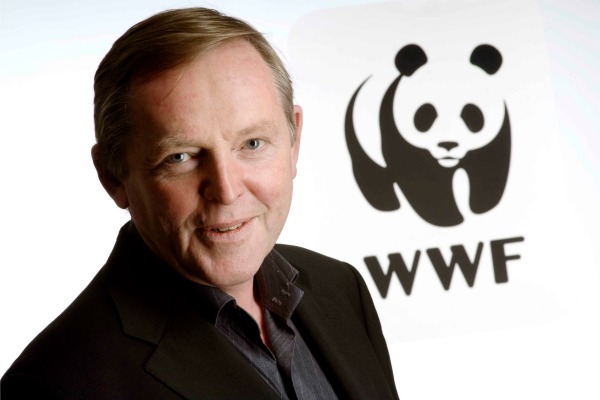 Now is the time for prospective MEPs to give Europe’s citizens a concrete sense of how green policies and laws can improve their lives for the better, writes Tony Long.

Tony Long is the director of WWF’s European policy office.

Euroscepticism is grabbing the headlines in the lead up to the current Parliamentary elections. This is coupled with equally alarming worries about a further slump in voter turn-outs.  Many governments are rightly worried that the prospect of voter apathy, and hostile EU sentiment could derail the democratic legitimacy of the whole European Union project.  Popular trust in the EU is evaporating not only in countries like Greece and Spain badly affected by the economic crisis but also in more resilient northern European economies.

The need for the EU to “act, react, and make an impact” again, to quote its own campaign slogan for the elections, is more pressing than ever.  The EU surely needs to develop a new message to tell its 500 million citizens.  Desperately seeking legitimacy, the EU needs a new narrative of hope and change. WWF believes this can only happen if the environment plays a key role in the next iteration of the Union’s progress. Various European leaders have toyed with a similar idea over the past 30 years developing the idea of a “green Europe”.  Even Jacques Delors was tempted by this thinking in the mid-1990s when he held two conferences on the theme at the time of his retirement. But now perhaps the time is right for environmental security to rise up centre stage.

Why now?  Turning around voter antipathy to Europe will not be easy but at least if the opinion polls are to be believed, the environment is one of the last vestiges of Europe that is still popular and fairly close to people’s interests. Even in the midst of the current economic crisis, still 95% of people in Europe confirm that the environment is important to them personally[1].  People care about the water they drink, the air they breathe, the food they eat and the nature that surrounds them. This is not environment as a middle class luxury. This is environment as a statement about values, and security and personal health.

While political parties are launching their campaigns and slogans for “change” and for a “better Europe”, WWF is calling on the European candidates to recognise popular demands for the right to a better future. They need to show that they are serious in delivering what people need the most.  Of course this election is about securing jobs, creating more stable and sustainable economies, building fairer societies.  But is also a time to care about how we secure stable energy supplies in Europe and build the foundations for a new way of living and consuming more wisely that allows people from all backgrounds to share equitably whilst respecting the limited resources of this one and only planet we live on.  It is calculated that 5 million jobs can be generated in Europe by reaching the 2020 climate and energy target[2], and more than 14 million jobs are related to protecting and preserving nature[3]. These are the kind of stories we want to hear from a new smarter and greener Europe.

Since its inception, the European Parliament has built a reputation as being a progressive image when it comes to the environment. It played a pivotal role in the hard battle for REACH, the EU’s flagship chemicals policy, to ensure no hazardous chemicals are produced and traded in Europe. And more recently it showed its power in delivering a much needed reform of European fisheries policy that could finally put an end to overfishing and ensure that people continue to eat fish that is sustainably and legally harvested. It also defended the need for three binding climate and energy targets for 2030, in contrast to the low ambitions proposed by the Commission and Member States. These are the kinds of success stories that people rarely get to hear about and that would highly benefit the new narrative the EU so desperately needs to sharpen its image and reputation.

So in the run up to the elections in the next few weeks, it is finally down to the candidates themselves on the doorsteps and in the town squares to build the arguments for regaining the trust of their citizens. Instead of adding to the cynicism that has grown up around Europe, now is the time for the electorate to be given real examples of where policies and laws can deliver concrete benefits to their lives and those closest to them. The challenges for the future are huge. The next European Parliament election agenda is overflowing with massive choices for the citizen – the effects and the costs to the tax-payer of climate change, over-consumption of limited natural resources, energy competition, increasing air pollution in the cities, water pollution, resource shortages and soil erosion – and the combined effect of all of them on human health.

WWF recently launched a pledge asking European candidates to commit to environmental policies that we believe are crucial to deliver a healthier environment and wellbeing for people. We are offering candidates the opportunity to show that they will fight more for renewable energy, green jobs, safer waters, clean air, healthy food and protecting nature.

These are the kinds of policies and politicians we need to create a new positive story from Brussels. A story that sees environment and people again as the main protagonists. A new Europe for the planet is the prize.

[1] Flash Eurobarometer 365 (Attitudes of European Citizens Towards the Environment)