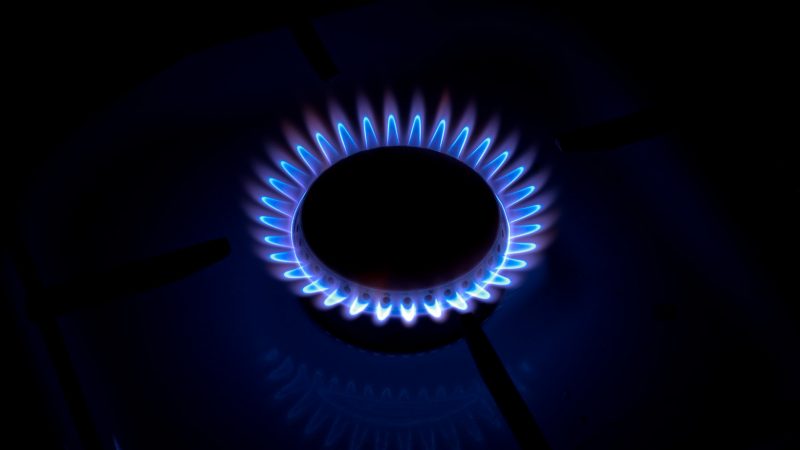 Hopes in the gas industry are high that the EU's upcoming gas package will provide a framework allowing for the continued use of the vast, existing gas infrastructure across Europe. [Milosz1 / Flickr]

The best gas package that the European Commission can come up with may not be a gas package at all, but rather an integrated system package that creates opportunities for competing energy sources to meet end-uses, write Megan Anderson and Jan Rosenow.

Megan Anderson is an associate at the Regulatory Assistance Project (RAP) , an independent organisation promoting the transition to clean energy. Jan Rosenow is Principal and European Programme Director at RAP.

Putting new wine in old wineskins is a timeworn saying first mentioned in the Bible. Doing so is not a good idea we are taught: ‘the wine will burst the skins, and the wine is lost and the skins as well’ (Mark 2:22). Going against this advice, however, is precisely what is suggested we do with the existing gas network: Putting new types of gases into the pipes to replace fossil gas.

The European Union is gearing up for the Hydrogen and Decarbonised Gas Market Package. Hopes in the gas industry are high that this package will provide the framework that allows for the continued use of the vast, existing gas infrastructure across Europe.

Replacing fossil gas that currently flows through the pipes with other forms of gas, such as hydrogen and biomethane, is the suggested solution to tackling harmful carbon emissions. The EU’s toolbox to address rising gas prices also suggests offering consumers alternatives to fossil gas such as renewable gases irrespective of their geographical location

But we learned from the power sector that the most efficient and sustainable energy transition is not a one-for-one changeover from fossil generation to renewable energy.

The aim of Europe’s Green Deal and the associated legislation is to meet the goal of climate neutrality by 2050. Doing so will require an almost full decarbonisation of all sectors including those that use gas. But the focus should be on decarbonising gas end-uses instead of decarbonising gas

. A discussion focused only on a one-for-one replacement of fossil gas with other gaseous fuels will miss the great opportunity of the transition and its whole system benefits, just as initial focus on replacing coal baseload with gas baseload did in the power sector.

Focus on system decarbonisation underpins the European Commission’s Energy System Integration Strategy, which sets forth principles for reaching the decarbonisation of the entire energy sector most efficiently and affordably.

A focus on system decarbonisation, instead of gas decarbonisation, presents a more direct path to reducing carbon emissions. The Energy System Integration Strategy is instructive in displaying how to achieve this.

At the core of the Strategy is the principle of Efficiency First: ‘giving priority to demand-side solutions whenever they are more cost effective than investments in energy supply infrastructure in meeting policy objectives.’ For gas, such prioritisation means, for example, insulating buildings to reduce heat demand.

Previous work by Fraunhofer Institute shows that this is one of the most cost-effective ways to reduce emissions from buildings.

The direct use of renewable electricity through a rapid electrification of end-uses is the second pillar of the Strategy, recognising that in many cases ‘direct electrification and renewable heat present the most cost-effective and energy-efficient decarbonisation options.’

Low-carbon gaseous fuels, such as green hydrogen and biomethane, are expected to be used only in hard-to-decarbonise sectors. Buildings, the most important end-use sector of fossil gas, do not fall in this category.

Where next with gas?

So what does integrated thinking about system decarbonisation mean for the Hydrogen and Decarbonised Gas Market Package?

This focus is important: to address the changing role of gas in a decarbonised system, it will be important to determine the extent to which and where gas is still needed.

By contrast, providing support for renewable and low-carbon gases generally puts a finger on the scale for a gaseous solution to meet end uses, instead of other options that may be more efficient and reduce carbon more effectively.

In short, recognition of the fact that the role of gaseous fuels will change in a decarbonised system does little if the market is still designed to give gaseous an advantage overall. There is also a danger that if large quantities of fossil gas-based blue hydrogen are used that his extends the dependency on costly fossil-gas imports.

The principles of the Energy System Integration Strategy are an excellent starting point to ensure that renewable and low-carbon gases are serving end-uses in line with EU climate goals – from both an overall carbon reduction standpoint and considering the timeline needed for those reductions.

In short, the best gas package may not be a gas package at all, but rather an integrated system package that creates opportunities for competing energy sources to meet end-uses. Instead of finding a way to fit a gas market into an old framework, we need to create a new framework for a contemporary, integrated energy system.

Coming back to the wineskin analogy, the idea of putting a new wine, such as hydrogen, into existing pipes may seem a simple solution to a complex problem. But doing so risks wasting the limited renewable and low-carbon gases to end uses where they are not needed, and misses the opportunity to create new ‘skins’ that allow other solutions a fair chance to compete.