As France changes environment minister, we must collectively admit that a very poor job has been done with Europe’s Clean Energy Package, writes Yamina Saheb.

Emmanuel Macron was elected on the promise of “Un Nouveau Monde” in France and within the EU. Many of us hoped that the “Progressive” French president would take the lead to “#makeourplanetgreatagain”.

However, the resignation of his Minister of the Ecological Transition and Solidarity, Nicolas Hulot, sounded the bell that perhaps not all was well. More worrying is his replacement, François de Rugy, which may be a sign that France is falling back into business-as-usual policies.

Hulot gave several reasons for his resignation, but it all boils down to one thing – the deadlock resulting from the current economic orthodoxy and its market approach to common goods. The step-by-step and short-term strategy to climate change and sustainable development keeps our world in real trouble. That is to say, the influence of policy-making by industry and private interest groups is hindering the long-term vision needed for the “Nouveau Monde”. Moreover, our lack of investment in the ecological transition is increasing the gap between our national policies and international commitments.

Unfortunately, the disorders described by Nicolas Hulot are not specific to France—they go far beyond the French borders. The EU’s Clean Energy Package and its lack of ambition is a good illustration of what led to Hulot’s resignation.

Despite the continuous over-claim by EU officials of Europe’s leadership on climate action, the Clean Energy Package is neither aligned with the Paris Climate Agreement (regardless of the rhetoric coming from Brussels), nor with the UN Sustainable Development Goals (SDGs). The introduction of the “Efficiency First” principle in EU legislation did not change the EU approach to energy security. It is still assessed in terms of the quantity and the cost of fossil fuels to import. While the implementation of the “Efficiency First” principle should lead to prioritising the contribution of energy savings and renewables to Europe’s energy mix.

The use of a private discount rate in the Commission’s modelling reaffirms the private approach to the energy transition, even though the long-term objectives are societal goals. The step-by-step renovation costs considered when estimating investment needs undermine the decarbonisation target of the EU building stock. The use of outdated costs for renewable energies effectively lowered Europe’s ambition to be number one in renewables. The modest changes proposed in the efficiency files match so well with the position papers of some industries that you wonder who is authoring our legislation. Despite the use of the slogan of a “fair and inclusive clean energy union”, the definition of energy poverty is hidden in the recitals of the internal market directives. While some of us celebrate the proposed increase of investment in the energy transition. One should not forget that the proposal is far from the identified investment needs.

Undoubtedly, we must admit that a very poor job has been done with the Clean Energy Package. But more worrying is this feel-good factor amongst the architects and the negotiators that we are doing a good thing for today and tomorrow. There is a cozy-ness in our thinking that we already know the answers, so think-tanks and consultants have done a poor job in necessary analysis and policy recommendations.

The minor cabinet reshuffling in France is not up to the ambition and the hope triggered by the election of the “Progressive” French President. Neither is the Clean Energy Package up to the energy and climate challenges of Europe -and the world.

Last Saturday, citizens in more than 90 countries and in 7 continents raised their voice for the climate. They all demanded more action and more resources to fight climate change. Citizens in France and beyond were united in their call for a paradigm shift in policy design of the ecological transition.

Let’s hope the “riseforclimate” day will be the start of a big thing! Let’s hope the next Parliament and Commission in Brussels will respond positively to the call of the People of Europe! 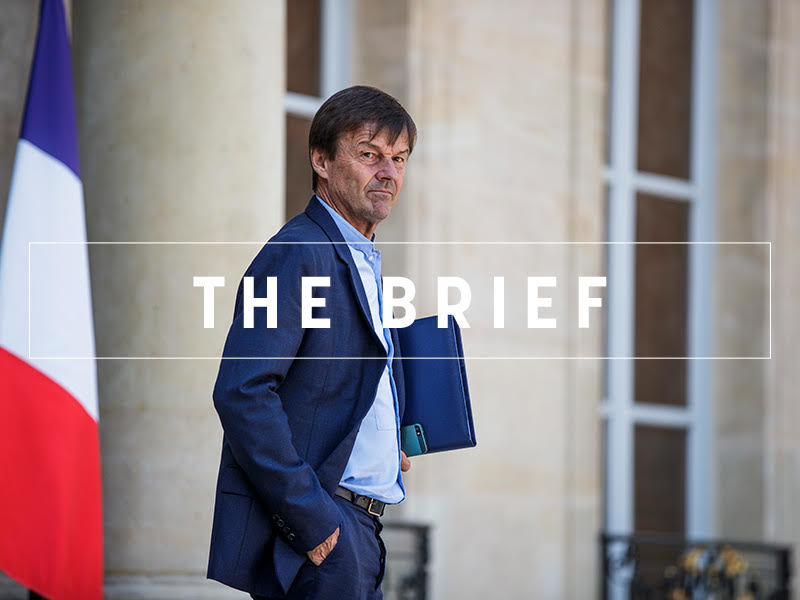 When France’s environment minister Nicolas Hulot resigned this week, he cited the weight of the lobbying groups and the lack of support he got from other ministers in tackling environmental challenges.

There is no “vision” or “roadmap” to address global issues …

One response to “France and Europe: Time to end complacency on climate leadership”