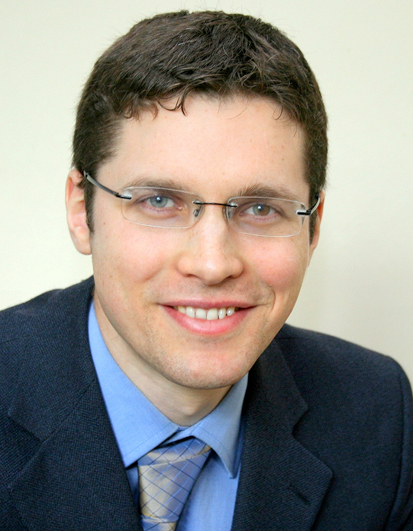 The “splendours of nature” are destroyed, according to John Maynard Keynes, because they are not accorded economic value. “We are capable of shutting off the sun and the stars because they do not pay a dividend”, Keynes wrote in 1933, an era when the understanding of our true impact was still in its infancy.

Yet more than 80 years on, and all across Europe, billions upon billions of taxpayers’ money continues to go into subsidies and public supports to burn climate-disrupting fossil fuels. And, in every member state, the real costs of pollution – from the coal fumes implicated in asthma to the diesel particulates that inflame acute bronchitis – go uncharged. At €6 per tonne, the current price of emitting greenhouse gases (levied under the EU emissions trading scheme) is somewhere in the region of one-sixteenth the damage cost of these pollutants. It is time for change.

The incoming members of the European Parliament and Commission are confronted with great challenges – but also with a very real window of opportunity.

Most member states are struggling to create jobs and also meet EU targets for emission reduction and resource efficiency. Reforming subsidies and taxes, shifting them off labour and on to pollution and resource consumption, must be a key strategy to tackle Europe’s multiple crises – and, in the process, deliver inclusive and sustainable recovery.

The case of Brussels itself provides a glaring example of the scope for action. The Belgian capital is choked with car-clogged congestion, complete with anxious road users and awful air. On the other side of this equation stands Belgium’s tax treatment of company cars – one of the heaviest subsidies of its type in Europe, if not the world. As Amsterdam, Copenhagen, Freiburg, Malmo, Milan and other cities show, the solutions are already there, ready-made for every city to apply.

The more pollution pays its real costs, the less of it there will be, and the more we build our long-term prosperity. All large installations in Sweden emitting nitrate oxides pay a tax based on this pollution and, in part, the money is used to reduce NOx output. In fact, Sweden’s tax has been so successful it has cut NOx emissions by more than 40% since its introduction. What if all NOx-emitting plants in the EU were to benefit from such reform?

Time and again, one research finding on green taxes stands out very clearly: euro for euro or pound for pound, green taxes have a much more benign effect on jobs and output that labour taxes or VAT. And this is one of the realities giving weight to the EU Semester – a process under which consideration of environmental fiscal measures become part of budget reform in every member state. There is significant scope to make the Semester process greener and more collaborative, increasing the sharing of knowledge across member states.

Portugal is the most recent member state to approval a package of measures on environmental fiscal reform. Carbon emissions outside the EU trading scheme will be charged. Incentives for low-emission transport will be made available. A plastic bag levy is being introduced.

Property tax on land used to generate renewable power will be halved and companies which invest in energy efficiency are set to benefit under future changes. There will be an overall increase in revenue and this will be offset by income tax cuts in the 2015 budget.

Ireland has recently introduced a household property tax and is in the process of a bringing in a new national system to charge homes for water. The latter reform now risks losing significant public support over concerns that the state water utility will fall out of public ownership in the longer term, coupled with a failure to properly address the needs of low-income households. Revisions are promised but the lessons are already clear, and to avoid the repetition of such mistakes, these lessons need to be shared.

To help such sharing, Green Budget Europe has this week been founded in Brussels. Green Budget Europe will facilitate greater exchange on environmental fiscal reform, and make the case for further change. It’s a platform that includes academics, politicians – active and retired, ministry staff and researchers, together with representatives from civil society organisations and businesses. In 2008 GBE began as a project under the Berlin-based NGO, Green Budget Germany (or Forum Ökologisch-Soziale Marktwirtschaft – FÖS). This week’s launch puts the work on a steady EU-wide footing.

In the immediate future, GBE’s work will focus on sharing knowledge regarding environmental fiscal reform, and as part of that process, exchanging information on what works and what doesn’t. We will also participate collaboratively in the EU Semester process. Collaboration and networking are central themes of Green Budget Europe; if you or your organisation may be interested please email gbe@green-budget.eu