Green cities for a greener future 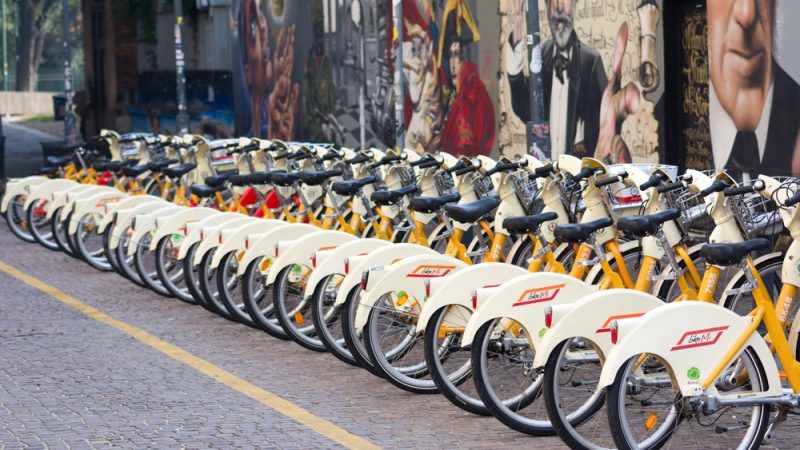 Cities across Europe are committed to the transition to a greener, more sustainable and inclusive future by working with citizens and collaborating in partnerships.

Urban areas are also often demonstrating more ambitious goals than their national and EU level counterparts on climate change. Through the Covenant of Mayors more than 6,000 local climate and energy action plans have been adopted across Europe, with an average CO2 reduction of around 27% expected by 2020.

Cities are also following and trialling many other initiatives. Every year we now see thousands of cities engaging in the ‘car free day’, bike lanes are being privileged over more space for cars and pedestrianised city centres are becoming increasingly common place.

The transition towards greener cities is happening apace across Europe. Given this, cities’ role in governance procedures around energy transition must be stronger.

With more than 75% of the EU population living in urban environments, achieving the EU’s environmental commitments and the Paris climate goals can only be done if cities are on board. Cities’ achievements, in turn, are only possible because we involve citizens, by designing solutions with them.

As the level of government closest to citizens, cities are well placed to raise awareness of sustainable consumption locally, and involve all sectors, whether civil society, entrepreneurs, businesses, financial institutions or other strands of government.

Public procurement contracts can help influence the local value chain, while cities can also team up to jointly purchase new technologies, such as e-mobility solutions, thus bringing down costs and speeding up the transition.

Technology can help us live more resource efficient lives, and cities provide the right scale to test out new solutions. ‘Smart lampposts’ can be fitted with censors to monitor air quality, or excess heat from server systems can be used for district heating.

Such solutions and ideas are shared through networks like EUROCITIES, or the Smart Cities Information System. These ideas are then adopted or adapted by other cities, strengthening innovation and capacity building in our cities.

There are many examples. Amsterdam is a pioneering city in the area of waste management, having been the first city in the world to adopt a circular economy action plan. This year the city plans to build its first nappy waste recycling facility.

The city of Copenhagen has developed the first carbon neutral district and Milan has deployed the biggest bicycle sharing facilities in Europe. Stockholm’s commitment to be fossil fuel free by 2040, further demonstrates cities’ ambition and leadership in this area.

The majority of EU rules related to our environment are implemented at the local level. To really deliver on the implementation of its environment law, the EU needs to seize the initiative and direct its resources to the city level and into new areas that will help cities to innovate.

The EU funded backing for the Covenant of Mayors is a great example of support for urban environmental transformation. The partners of the Urban Water Agenda 2030 want to replicate this model, to continue acknowledging the essential role of cities in this process, and should be encouraged to do so with EU support.

The EU has a strong role to play in providing more support to cities for mutual learning and capacity building. To accelerate progress in the green transition and get everyone on board, it is vital that cities can continue to actively learn from each other’s best practices and failures.

EUROCITIES, the network of major European cities, is a very effective platform for this. The Urban Agenda for the EU is another strong initiative, bringing EU member states and the European Commission together with city representatives.

We should take this momentum to upscale ideas from the local to national and European levels, and to think of new collaborations. Given that five of the 12 current partnerships of the Urban Agenda for the EU are related to the environment, the ground is already set for further developing this assistance and exploring new collaborations.

As we look ahead to the next round of climate negotiations, and to implementing the SDGs, the focus of the EU Green Week reflects the growing importance and power of cities in moving us towards a more sustainable future. Cities are allies in the drive towards better quality of life for European citizens and achieving the EU’s environmental ambitions.