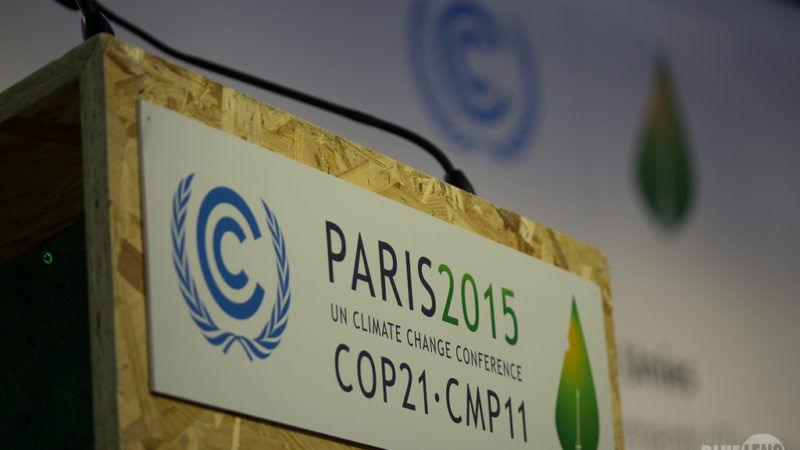 Without Europe’s early determination to take action on climate change, much of the groundwork necessary to allow 192 countries to commit to the Paris Agreement would not have taken place. [Mark Dixon/ Flickr]

For much of this century, Europe has been a pioneer and a role model for countries across the world – be it on industrial innovation, democratic and human rights principles, or on climate change. That leadership role is now needed more than ever, writes Jill Duggan.

Jill Duggan is director of the Prince of Wales’ Corporate Leaders Group and director of policy at the Cambridge Institute for Sustainability Leadership.

Where Europe led, many followed, and its efforts to determine what works and to define effective approaches have influenced policies and economic developments around the world.

Without Europe’s early determination to take action on climate change, much of the groundwork necessary to allow 192 countries to commit to the Paris Agreement would not have taken place.

Europe’s lead on climate change policy has helped propel its energy industry into the 21st century. The transition to a low-carbon economy that looked so difficult ten years ago is now well underway. The solutions to climate change are becoming cheaper and more innovative, while also improving the quality of the air that we breathe and our economic prosperity.

We have further seen a shift in how we conceive the low-carbon transition: where just a few years ago the energy transition was all about fuel switching from one fossil fuel to another – coal to gas – today the goal is a net zero carbon economy and the transition is from coal and gas to renewable electricity and energy efficiency.

But while these trends are undeniable, there have been some challenges for climate leaders in the last few years. Whilst the decision by the Trump administration to withdraw from the Paris Agreement has been headline grabbing, the commitments shown by emerging economies such as China and India more accurately reflect the overall direction of travel – and bring with them a challenge for Europe to secure its leadership credentials and the related market share in this space.

China has produced a step-change with its rapid development of low carbon policies and affordable clean technologies. With its population of nearly 1.4 billion people, which dwarfs that of the US and Europe together, China has created change at a huge scale.

But now there is a new star in the East, India, where a dramatic shift in ambition heralds a vision to develop along 21st century lines that could be a game changer to transport, energy and manufacturing.

This is where Europe has struggled to make headway, failing to develop its industries the way China and India have done. Hampered by existing infrastructure, Europe’s industries have sought protection from what they perceive as “unfair competition”, often blaming climate policies as the source of their problems and calling for free emission certificates as mitigation against ‘carbon leakage’.

But the rapid emergence of China and India has nothing to do with climate policies – it only happened to take off around the same time – and the more time we waste blaming climate action as the reason for competitive disadvantage, the more time we lose on much needed efforts to bring Europe back to the forefront.

Because the truth is that Europe is already falling behind, and as these emerging economies are now putting bold low-carbon policies in place, their markets will develop even faster – leaving even less time to play catch-up.

The protection that businesses are seeking has been a damper on the incentives required to develop new, modern European industries. Recent analysis shows that emission reductions from the European industrial sectors have flat lined in recent years, indicating that our industries are not transitioning to the new reality fast enough.

To survive and thrive, Europe needs to regain its proactive approach to policy making to ensure that its industries are given the right signals to compete against these giants by being both low carbon and high value.

Europe’s leading businesses are aware of this challenge, and in a letter last week urged EU ministers to take an ambitious approach when implementing the Clean Energy Package while also moving swiftly on raising ambition in Europe’s key climate policies – including its Effort Sharing Regulation, land-use policy and Emissions Trading System.

Resolute action is required to bring Europe back to the forefront of global leadership once again.

There are welcome signs of governments taking up the baton of leadership. The newly elected French president, Emmanuel Macron, and his environment minister, Nicolas Hulot, are keen to develop new solutions for Europe, including ways to make existing policies work better.

We should welcome the debate that this week’s meeting of EU leaders is likely to prompt, and use this momentum to encourage a debate and decisions that will make European industries great again!