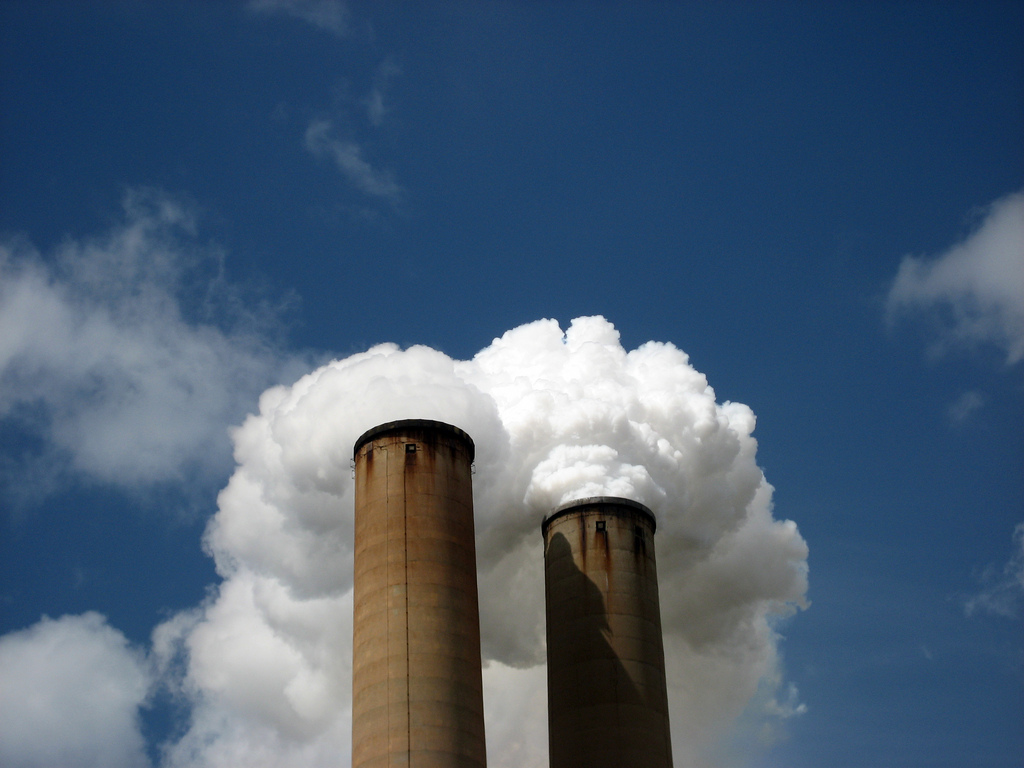 Corporate Europe Observatory (CEO) recently accused the European Central Bank of subsidising fossil fuels through quantitative easing. The news got a lot of attention but the NGO’s analysis was misleading, writes Claudio Baccianti.

Claudio Baccianti is a researcher at the Centre for European Economic Research (ZEW) in Mannheim, Germany.

The Corporate Securities Purchasing Programme of the ECB started in June 2016 and is currently holding €49.91 billion of corporate bonds of European companies (as of December 2016). CEO found that big corporations in the oil, auto and gas industries directly benefit from bond purchases and argued that they help to “fuel climate change, providing financial support to both oil and gas companies, and car-makers, including, Shell, Repsol, Volkswagen, and BMW”.

However, the CEO’s analysis is misleading. Is it possible to reach the conclusion that the ECB programme is detrimental for climate policy, simply by looking at corporate bonds holdings? The answer is clearly not. The ECB is injecting €80bn of liquidity per month (to be reduced to €60bn in 2017) through the purchase of asset securities. Corporate bonds are a small component, eventually accounting for only 1.6% of total asset holdings. CEO’s analysis says nothing about how climate friendly the remaining part of the quantitative easing (QE) is, 98.4% of asset holdings.

The ECB is lowering financing costs for firms, governments and households, but to a very large extent this is done indirectly through bank lending. Cheaper bank loans are financing both low-carbon and polluting projects. Therefore, it is unclear how CEO can reach such a strong conclusion by just screening a very small fraction of asset purchases.

Nevertheless, the question of whether or not QE conflicts with climate policy goals deserves attention. There are in fact cases of economic policies that promote pollution-intensive economic growth, such as lower VAT rates on energy products and tax breaks on commuting expenses (see OECD 2015).

Unconventional monetary policy stimulates borrowing in all sectors, including the oil, gas and auto industries. To the extent that QE supports real GDP growth, both clean and dirty industries get a short-term boost. Yet, higher GDP does not necessarily mean the economy gets dirtier: the scale of production rises but the composition is the truly key factor. Smart climate policies do not reduce carbon emissions by slashing economic growth. With the same logic, we should not blame monetary policy for expanding the size of the economy while keeping the status quo in the way we use energy.

The CEO analysis asked the right question without giving a proper answer. There is one reason to think that QE is affecting the composition of economic growth, possibly favouring either carbon-intensive or low-carbon activities: by easing borrowing conditions, the ECB policy benefits the most capital-intensive activities.

There are two opposite effects at work here. The European economy becomes more carbon intensive if heavy industries get a stronger boost than low-carbon sectors, such as services. That might be the case with QE, not only because heavy industries are capital-intensive, but also because the induced depreciation of the euro currency is generally more beneficial for producers of tradable goods. This is a short-term concern.

Most importantly, easing credit conditions supports investment. Capital spending speeds up the installation of more energy efficient technologies, which lowers energy intensity at the firm and household level over time. What about the carbon intensity of investment in the energy sector? According to New Climate Economy, renewable energy investment is more capital-intensive than fossil fuel power generation and therefore is expected to benefit the most from QE.

While waiting for further research on this complex issue, it is important to put the debate on the right track. Capital spending is key in the transition towards a low-carbon economy. According to recent estimates of the International Energy Agency, limiting warming to less than two degrees requires massive global investment by 2040: in cumulative terms, $40 trillion in the energy sector and another $35tr in energy efficiency. The ECB’s main objective nowadays is lifting inflation. To reach this goal in the near term, the central bank can’t avoid spending on large existing markets like fossil fuel energy goods. Yet, the asset purchase programme of the ECB, if effective, makes it easier to borrow and invest. It is the role of environmental policy to exploit this opportunity and set the right incentives to have capital spending targeting low-carbon projects.