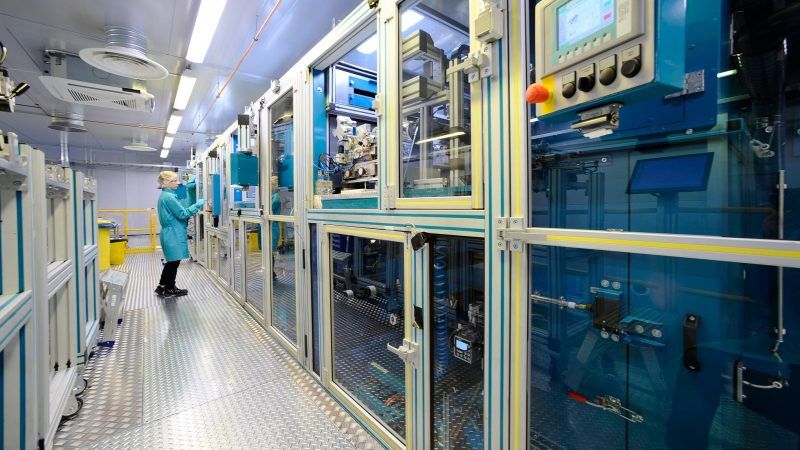 Three years after the adoption of the Paris Agreement, it has become clear that we are not moving fast enough to limit global temperature increase to 1.5°C. According to the recently published IPCC special report, keeping temperature increases at no more than 2°C above pre-industrial levels is no longer a safe objective, and could have a devastating impact on communities, economies and ecosystems around the world.

Earlier this week, the European Commission gave a first response to these scientific findings and published a long-term strategy for achieving net-zero greenhouse gas (GHG) emissions by 2050.  This strategy recognises that accelerating decarbonisation of resource and energy intensive industries is key, and shows that many technological opportunities exist to do so.

Research and Innovation (R&I) that supports breakthrough technologies plays a crucial role in this transition. According to European Climate Foundation recent report “Net Zero By 2050: From Whether To How”, ‘commercially available solutions can take us about 75% of the way to net-zero, if deployed at scale. The remaining 25% however, can be achieved by innovation in approaches and technologies for which further scaling up and commercialisation is needed’.

Totalling to almost €100 billion for the 2021-2027 period, Horizon Europe is EU’s main R&I public financing tool. It represents an opportunity to strengthen Europe’s innovation capability and plays a crucial role in leveraging additional public and private investments that are essential to fund climate-friendly R&I projects in Europe.

However, in the shaping of Horizon Europe, the current Commission’s proposal falls short on several fronts. The European Parliament and Member States have the opportunity to step in and ensure the potential of Horizon Europe is fully exploited in order for R&I to deliver its crucial contribution to the EU’s long term climate strategy and the transition to net-zero GHG emissions.

The following improvements should be considered:

In its recent vote on November 19, the ITRE committee of the European Parliament adopted a slightly improved text, including the provision for “at least 35%” of Horizon Europe’s expenditure supporting climate objectives and increasing the general EU objective of mainstreaming climate actions to 30% of the EU budget.

To stimulate innovation in Europe and fully deliver net-zero emissions, more is needed. At least 40% of Horizon Europe’s budget should be dedicated to climate objectives. An R&I budget that is sensitive to EU long-term climate goals and that aligns with the Paris Agreement can help identify opportunities, ensure EU long-term competitiveness, and deliver job creation and growth in a decarbonised economy.

Climate-proofing Horizon Europe’s budget does not mean that all the money should be invested only in climate-related actions. It does however mean that no support should be given to R&I projects based on fossil fuels, including natural gas.

To be consistent with its Paris Agreement commitments, the EU must exclude from the legislation any funding that would perpetuate or encourage the use or construction of fossil fuel infrastructure and carbon intensive projects.

At this moment in time, the EU cannot afford to adopt legislation which would undermine achieving net-zero GHG emissions by 2050, by funding projects which would lead to continued use and dependence on fossil fuels.

Despite the €17 billion increase compared to its predecessor, Horizon Europe’s budget is still far from sufficient to spur the necessary deployment of clean low carbon technologies. The European Parliament has therefore proposed to increase this budget to €120 billion, in order to help establish Europe as a leader in global research and innovation.

EU Member States should also envisage a higher budget compared with what the EU Commission proposed.

Ensuring alignment between funding is crucial for their effective implementation. The use of synergies helps share best practices, both in the structure and the deployment of the funds, and ensure that the impact of programmes is amplified.

This is particularly relevant for Horizon Europe and the Innovation Fund. These two funding mechanisms must be designed in a coherent fashion with a focus on delivering measurable results in terms of climate mitigation and should be aimed at filling the investment gap in the low-carbon transition.

Horizon Europe will support research and technology development and innovation in decarbonisation, energy and industrial transformation. However, the need for public financing to overcome the “valley of death” of low-carbon technologies coming close to market is significant. The Innovation Fund will then support the demonstration phase of eligible projects that have received funding from the Horizon Europe or its predecessor programmes. Synergies should therefore be sought in steering the programmes and in aligning funding rules.

Today’s Competitiveness Council meeting, and the following legislative process, provide a crucial opportunity for making an adequate R&I budget available in the next decade. We call on Member States to improve the Commission’s proposal taking into consideration the points addressed above.

Now more than ever, it is of paramount importance to develop a large, coherent and effective R&I funding tool that prioritises climate considerations, fully supports R&I for the advancement of low carbon technologies and exploits synergies with other funding instruments to ensure complementarity that bring clean and innovative solutions to the market.