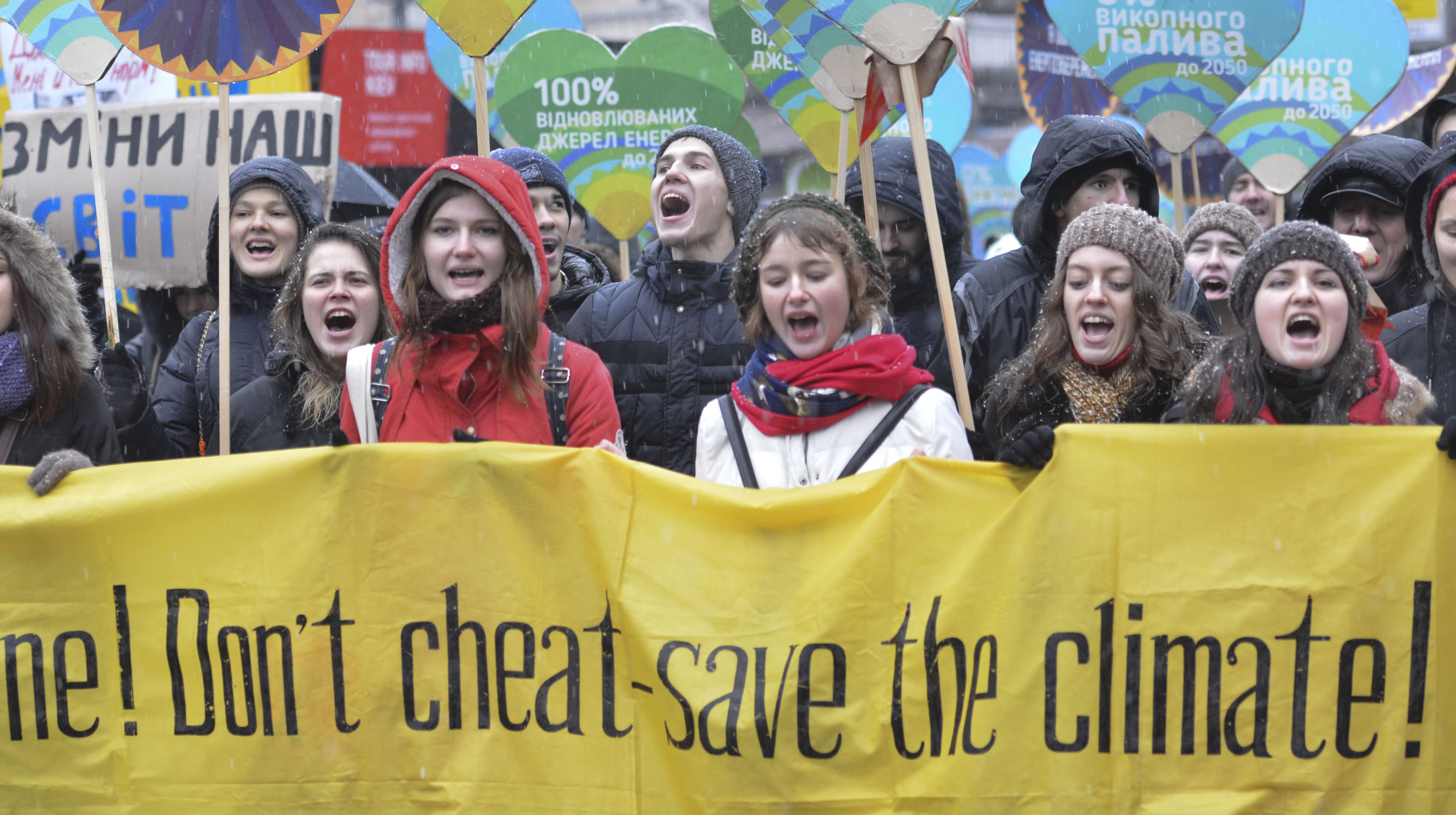 Society, rightly, demanded a lot from COP21. Alternative solutions are needed in order to complete the good work that was started in Paris. [Shutterstock]

Jacques de Gerlache is a scientist and advisor to the Belgian Federal Council for Sustainable Development; and Romain Ferrari is the president of Fondation 2019.

With COP22 just around the corner, we continue to confront the challenge of implementing a reliable system for evaluating, overseeing and taxing carbon dioxide emissions and other GHGs.

One of the major limitations lies in the difficulty of identifying and controlling all emissions on a global scale and determining the cost of “emissions permits”. Without first knowing this cost, it is impossible to fix a price for these permits on a (single) carbon market.

Unfortunately, the various efforts to implement such a system for regulating carbon emissions have proven to have serious limitations, even at national or regional level. In Europe, for example, carbon emission quotas were set in a relatively arbitrary manner and were not readily scaled up to a global level or applied to a wide range of carbon emitting activities (e.g., heating buildings).

Emilie Alberola, director of the carbon and energy market research unit at CDC Climat (France), has stressed that, due to these weaknesses in the quota system, economic agents lack incentives to make the long-term investments (30 to 50 years) necessary to reduce CO2 and other GHG emissions. And such limitations are especially pronounced in times of economic crisis.

Therefore, is it not critical that we pause to reevaluate our current strategies and recognise that the moment has come for a true paradigm shift? The current model for controlling carbon emissions relies on penalties, not incentives, and is unlikely to meet the ambitious goals – requiring swift action on a large scale – that we so urgently need to achieve.

1)  the first component consists of an excise duty applied on the extraction of fossil fuels and primary production of products with global warming potential (GWP) both synthetic and non-synthetic, including fluorocarbons and methane;

2)  The second component involves a scalable refund that would make it possible to reclaim the excise duty levied upstream, in whole or in part. Refunds would be granted in exchange for a reduction in, or complete elimination of, emissions linked to the use of substances with a global- warming potential.

Compared to the immediate sources of GHG emissions that are innumerable, there are indeed much fewer sources of extraction/production of GHG-emitting materials. Once adopted, the excise duty principle would be intrinsic in all participating countries and therefore more readily implemented. The great advantage of this combination is that it provides inherent incentives to promote compliance: could there be a more effective strategy?

Examples of activities eligible for refunds would include demonstrated development of more energy-efficient processes or installations (agriculture, housing, and transport); cogeneration of energy, including renewable energy sources; production of long-lasting insulating materials and other non-emissive products as well as recycling, fixation, or long-term storage of GHGs.

The excise duty would be levied on the basis of the quantity of material extracted. Suppose that the excise duty on petroleum is fixed at $10 ($25 per tonne) and with a barrel price ranging from $40 to $110, this would not constitute an insurmountable financial barrier for immediate “professional” uses and for consumers.

As some 30 gigabarrels of oil are extracted each year, the excise duty on oil alone would generate at least $300 billion. And this does not take into account the revenues from excise duties on coal, traditional or other sources of natural gas (bituminous sands, shale gas) or, possibly, industrial non-recycled biomass (wood and pellet forms).

This combination of duties and refunds has thus four critical advantages:

1) there are innumerable sources of GHG emissions, but relatively fewer sources of GHG extraction/production; so, it will be simpler and more straightforward to tax/regulate the latter;

3) it avoids the uncertainties of the carbon stock market, which is inevitably speculative in nature;

4) it would not require direct funding from the producers or from states already struggling with limited resources or saddled with heavy debts.

It is interesting to note that the proposal is supported by Christian de Perthuis in France and, somehow, Barack Obama also took over this idea although probably a little bit late in his second term.

The process is also similar in some ways to the process described by the Nobel laureate Jean Tirole, who has urged that a carbon tax be levied in conjunction with a system of “green funds.” though in this case, the duty would be levied not on GHG emissions, but on their extraction/production.

How to manage a tax system based on carbon extractions

After signing a treaty pledging its participation, each country would be obliged to levy the duty regardless of whether the GHGs (or other products associated with climate externalities) were extracted within the country or were imported from elsewhere.

States choosing not to participate would be penalised by excise duties imposed at the borders by the WTO, the ECB, or an institution specifically created to fill this role. To ensure compliance, a source-tracing system (similar to those adopted in some food industry sectors) would be instituted. This is particularly important to trace the imports.

In order to provide full or partial refunds of the excise duty levied upstream, we propose the implementation of a tax system incorporating environmental externalities (here the climate impact) of any product or activity and aligned with the traditional tax schemes like the European VAT.

There already exists an operational strategy for quantifying and implementing excise duty refunds, based on models for monetisation of environmental and social externalities which draw distinctions between products or services according to their overall carbon profile. With such a system, the tax burden would thus not rise for those producers or consumers who adopt strategies that selectively reduce their climate externalities.

Examples include the issues discussed in the UN’s list of Millennium Development Goals. The tax would be calculated using methods (e.g., Life Cycle Analysis [LCA]) already in place for monetising some externalities. Other tools for monetisation of various externalities, both positive and negative, are also available or are in development; the Fondation 2019 in France is particularly active in this field.

The main challenge? Probably the resistance to paradigm shifts

Despite its potential benefits, such a proposal must first confront the “resistance to change” that characterises most stakeholders in our “advanced” societies: economists, the political world and even scientists.

Though such public support and ambitious goals/strategies are not as yet in place, this ought not to deter us. In the spirit of Romain Rolland, we must “combine the pessimism of the intelligence with the optimism of the will.”

2 responses to “COP21 goals: An alternative path to success”