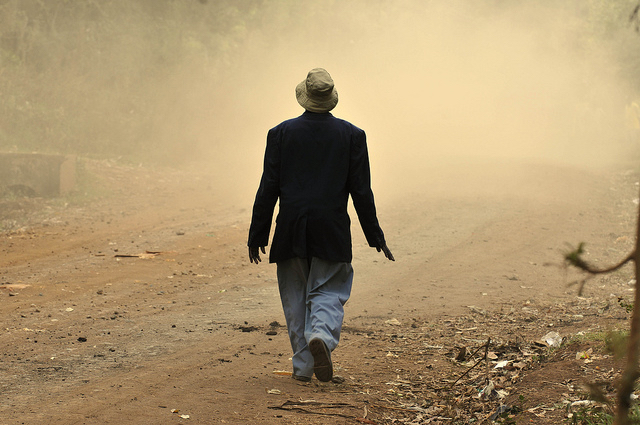 Pope Francis has said of climate change that “decisive mitigation is a moral and religious imperative for humanity.” He is in a powerful position to make that happen, argues Achim Steiner.

Achim Steiner is Executive Director of the UN Environment Programme.

A visit by Pope Francis to the UN Environment Programme headquarters in Nairobi as part of his Africa tour will come only days before the beginning of the seminal COP21 climate conference in Paris. Speaking from the heart of Africa to the world, he is expected to again address climate change, an issue central to his brief tenure as Pontiff so far.

The Pope is in a unique position. As head of the smallest country in the world, his ability to legislate on climate change may have limited impact. But his religious authority speaks to 1.2 billion Catholics around the globe, and to even more people who look to him as moral leader. He has imbued the climate change debate with an ethical element that ties environmental issues to his vision of a just and equal society. His leadership on climate change has therefore had enormous impact.

Other world leaders are in the inverse position. They may rely less on moral authority, but they often possess a distinct legislative ability to concretely address climate change.

So far, national governments have made greenhouse gas reduction pledges of varying ambition. An analysis of current pledges in UNEP’s Emissions Gap report has shown that the forecasted global temperature rise will still be upward of 3°C with these commitments. An encouraging departure from business as usual, but still an increase with severe consequences for the planet and its peoples.

Nations will have legitimate differences in Paris, but these should not stand in the way of a meaningful outcome. As we arrive at COP21, we need bold and assertive leadership that will help us overcome these differences.

After all, the agreement on anthropogenic climate change from all corners of society is a consensus unprecedented in history. Science and religion agree. The private sector, the finance world and consumers continue a vocal drive toward sustainability. Citizens from the wealthiest to the poorest are anxious about the impacts of a shifting environment. And many local and regional governments have committed to act.

Since 1896, the scientific community has provided ever more data on the impact of anthropogenic climate change. Current scientific models predict a future of climate change effects none of us wish to contemplate. Nor will we wish to reflect on a past when we had the choice to act but didn’t.

Where scientists have approached climate change with figures, religious leaders have made it an ethical issue. Pope Francis has said of climate change that “decisive mitigation is a moral and religious imperative for humanity.” His clarion call was echoed by Islamic leaders in August, when signatories to the Islamic Climate Change Declaration called for all countries to phase out greenhouse gas emissions as soon as possible. Buddhist and Hindu leaders have made similar appeals.

Recognizing the growing risks of inaction, institutional investors have begun to divest their portfolios of carbon-intensive assets. The Portfolio Decarbonization Coalition is a group of investors who have pledged to divest themselves of $100 billion-worth of these assets by year end. They have already surpassed this goal.

Civil society and non-governmental organizations have been vocal in emphasizing the disproportionate effect of climate change on the world’s disadvantaged and poor, who are most vulnerable to its impacts. Their message ties directly with the message of Pope Francis, that addressing climate change critical to combatting inequality and social injustice.

Local and regional governments, meanwhile, have taken heed of the warnings and are beginning to make changes. The C40 network of cities, representing over half a billion people around the world, is working on strategy to address climate change. Regional governments have taken steps as well. In California, the state has mandated an 80 percent cut in emissions by 2050.

Many strong words from global leaders have been uttered on the need to address climate change. But the time for declarative statements has passed. The window we have to take action is closer to shutting entirely with every year that passes. Leaders are not simply companions to the process at COP21. They are the ones who have the power to signal to the world with concrete plans that anthropogenic climate change can and will be stopped.

Pope Francis has emphasized the relationship between humanity and nature and has called for action to protect our common home. We echo his call at UNEP. We have a consensus as to the centrality of climate change to our common future. What we need now is ambitious action and courageous leadership at the highest levels.