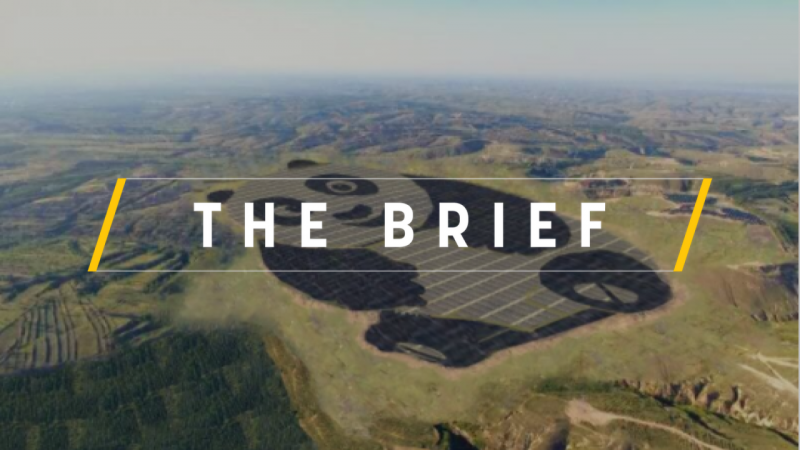 Much of the EU’s climate diplomacy is geared towards convincing big polluting countries to go green. This week, that partly paid off when China pledged to go carbon-neutral by 2060, which may even help Europe be more environmentally ambitious.

Back in late 2018, the European Commission was drafting its 2050 climate plan. Senior officials were split over whether the strategy should be conservative and go for 80-90% emission cuts or a full-fat net-zero strategy.

The latter option won the day because climate diplomats successfully argued that only a robust target would spur action elsewhere, particularly in China, India, Russia and the United States.

Chinese leader Xi Jinping’s promise this week to peak China’s emissions by 2030 and then meet carbon-neutrality by 2060 is a big pay-off to that strategy.

If the target is met, then it effectively knocks 0.2-0.3 degrees Celsius of warming by 2100 off the globe’s collective ledger. That still means that a degree and a half needs to be found somewhere to honour the Paris Agreement. But it is a start.

Xi’s pledge – six months before China launches its next five-year plan and just over five weeks before the next US president is elected – could act as a catalyst for green policies around the world, including in Europe.

The EU is now locked in talks over increasing its 2030 emissions cuts goal from 40%. Most opposition to a substantial increase has cited the theory that Europe is just a small cog in a bigger machine. ‘If China keeps burning coal, what’s the point?’

Now that China will indeed have to stop burning coal – and if the big words are followed up with big action – that argument loses a lot of credibility. Freshly crunched numbers produced by the European Commission also show that green policies will have a net economic benefit.

At the next European Parliament plenary session, MEPs will vote on whether to push for 60% emissions cuts by 2030. The Commission is backing 55%, as are a majority of EU member states.

Before Xi’s announcement, it looked very likely lawmakers would play it safe and stick on 55%. The EP’s environment committee backed 60%, plus a whole raft of climate bells and whistles to accompany the target but a plenary vote is a different beast.

If China’s promise rings true among MEPs, the Parliament might decide to crank up the ambition. Then it is over to Germany’s EU Council presidency to decide if – and maybe prove finally – that the Bundesrepublik really is Europe’s climate champion.

Council boss Charles Michel tested negative for coronavirus after coming into contact with an infected security official. It means next week’s rescheduled EUCO agenda should go ahead as planned.

Boeing got some good news for once: the EU’s safety regulator is set to give its grounded MAX planes the green light to fly again. Also check out this exclusive opinion-piece by Airbus CEO Guillaume Faury about the future of aviation.

Is Ursula von der Leyen using too much English? The Association of European Journalists certainly thinks so, especially after the migration pact was not published in either French or German in good time and her SOTEU speech was mostly in English.

EURACTIV Germany spoke to a leading figure in the Bundesrepublik’s police hierarchy about right-wing extremism among officers and the “zero tolerance” approach.

In Croatia, one town is looking to tap into the power of the sun in order to become energy independent. The mayor has pledged to pay back citizens’ investment within ten years and with interest.

Our weekly newsletters on agrifood stories and digital issues are now available. Also be sure to tune into the latest edition of Tweets of the Week.

2 responses to “The Brief, powered by ESA – China’s climate gift”