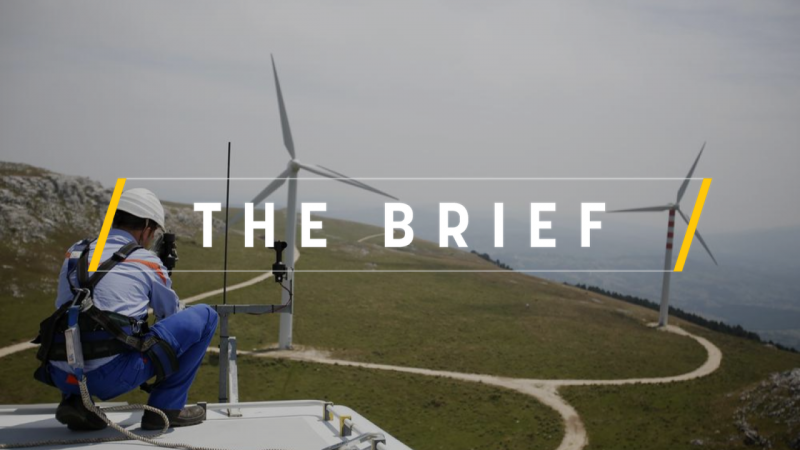 EU leaders will talk climate policy at today’s Council summit but the big moment will come at December’s meeting when they will likely agree on new emissions-busting measures. Still, it is worth asking: is the EU fundamentally equipped to tackle climate breakdown? Or any other real emergency, for that matter?

The European Union has one obvious Achilles Heel: it’s a club of equals with equal say that often struggles to agree on the right course of action at anything other than a snail’s pace.

The EU’s institutional architecture means decisions cannot be made quickly and often lag behind real-world events once an agreement has actually been brokered. See the pandemic response and various aspects of foreign policy for proof of that.

Climate policy is no different. The fact that the fortunes of our societies and economies are so closely linked to climate action should mean that decisions are made quickly, when in fact the opposite is true.

Today, a new overall emissions target for 2030 is on the table, waiting for unanimous sign-off by the Council. After months of number-crunching by the Commission and political manoeuvring, most if not all leaders now probably see the merit of an increased target.

But it is unlikely that there will be an agreement this evening, as the Council is already planning to return to the issue in December, despite the science-backed urgency of the ongoing climate breakdown.

The reason is simple: there are negotiations elsewhere to muddle through first. Central and Eastern European states do not want to capitulate yet, as there are talks on budgets to get through. Why throw away a trump card so early in the game?

Perhaps regretfully, this is how the EU works. It is often a miracle that 27 countries can reach a deal among themselves, then find common ground with the political position of 705 MEPs and square it all with what the Commission thinks.

There is some merit in what those that champion the EU’s slow and methodical approach say, that agreements may take longer but in the end, they are more robust and make consensus on other issues more likely.

Is that enough to deal with climate change? A bona fide existential threat to our species that many climate analysts warn is already outstripping our current attempts to manage it. Can democracy stop the mercury rising?

China, which recently pledged to go carbon-neutral by 2060, does not suffer the same foibles and eccentricities of Europe’s democracies. If the government’s plan sets a target, then that is the target. No ifs, ands or buts.

That capacity to move quickly and with relative impunity obviously comes with high costs, which include human rights violations and a system that still deploys the death penalty. Best avoid linking green policies to autocracy, then.

Many would also argue that tackling the climate challenge is impossible without a robust democratic process, as the whole exercise relies on public acceptance and support. There is a lot of truth to that school of thought.

To conclude on an optimistic note: not too long ago, the idea of EU countries slashing emissions almost completely by 2050, curbing air pollution and rallying around a more ambitious short-term target was far-fetched.

Now, it is a reality. All we have to do is put up with the annoyance that comes with the slow process and keep pushing governments to do scientifically right by their citizens.

EUCO leaders have arrived in Brussels for what could be the last physical meeting this year due to the health conditions. Poland’s PM did not make the trip after coming into contact with a positive case and is being repped by his Czech counterpart instead.

MEPs were in the last stages of planning – perhaps begrudging – trips to Strasbourg for next week’s plenary when the announcement came that it will be an all virtual affair instead.

France and the Netherlands are leading calls for new rules governing Big Tech to include measures that prevent firms from accumulating too many users at the disadvantage of smaller competitors.

Brexit is of course on the EUCO agenda. The clock is ticking down and if there is no deal then experts have warned that there will be inevitable disruptions to food supply chains. Check out this op-ed by a number of leading MEPs about another sticking point: fisheries.

The EU has agreed to sanctions over the poisoning of Russian opposition leader Alexei Navalny, including a top official within the inner circle of President Vladimir Putin.

A new Commission plan on chemicals proposes to ban the most toxic substances by default, authorising them only on a case-by-case basis when they are proven to be indispensable to society. A separate strategy aims to upgrade buildings to make them greener.

The outcome of today and tomorrow’s EUCO meeting.