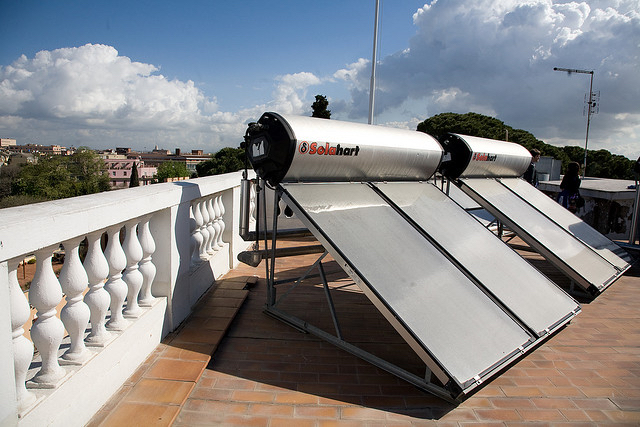 Binding national targets have been key to the successful development of renewable energy in the European Union so far, writes Jean-François Fauconnier.

Looking at the future of renewables in Europe, one should consider their recent past. So far the European renewable energy success story has been driven by the binding national targets. They are the machinery behind the collective EU target of 20 percent of energy from renewables by 2020.

It was not until the adoption of legally binding national targets in 2009 that renewables growth was significantly boosted. From 4.5 percent per year on average in 2001-2009, the growth rate rose to 9.3 percent in 2012. The comprehensive policy framework enshrined in the 2009 Renewable Energy Directive has powered Europe’s renewables development, giving households and companies the confidence to invest in the renewable future.

Nevertheless, last October, EU heads of state backed a weak ‘at least 27%’ target for 2030’, which is only binding at the EU level. Considering the numerous studies showing that renewables have the potential to deliver almost half of Europe’s energy by 2030, this inadequate target could become an artificial cap on renewables. Even more so because it is not binding at the national level. Since binding national targets have been so central to the development of renewable energy in the EU so far, why would they not be maintained after 2020?

It is no secret that the European Council has been held hostage by the UK and Dutch governments, who endlessly fought for binding national targets being left out from the October Council conclusions. Considering that both countries are among the ones expected to miss their 2020 renewables target – in the case of the Netherlands by as much as 6.8 percent – this comes as little surprise.

Should heads of state, the Commission and the European Parliament allow David Cameron and Mark Rutte hijack the fate of renewables in the European Union, based on their own poor national record? We do not think so. We believe that the upcoming EU legislation must introduce targets and policies that will allow us to live up to the full potential of renewables. They must pave the way to a 100% renewable Europe by 2050, thereby enabling the European Union to deliver on its fair share of efforts to tackle climate change.

Should the preferred option of binding national renewable energy targets not be withheld after the negotiations with the European Parliament and the Commission, indicative national targets could serve as an alternative, under certain conditions.

If President Juncker wishes to have a remote chance of meeting his promise to make the European Union number one in renewables, the Commission should set an indicative target for each member state. Such targets were already in place in 2001-2009 under the Renewable Electricity Directive (the predecessor of the current Renewable Energy Directive). Member states should enact all the appropriate measures to meet their targets. For those who will fail to do so, the Commission should launch infringement procedures.

Moreover, to make sure the EU exceeds its low 2030 target, the Commission should introduce financial incentives that will encourage the countries to go beyond their indicative national targets. Such investments can be supported by existing or new EU funds and programmes, e.g. under the next Multiannual Financial Framework, starting in 2020. As a consequence, member states that do not take the actions or do not want to deploy renewables to deliver their targets would have to pay into a fund.

The framework should be complemented by the expected revision of the current Directive, which should address priority grid access, administrative procedures, and support schemes.

In meetings or public fora, we have never heard the Commission convincingly explain how the EU-wide renewables target would be met without binding national targets. Time is passing and so are the chances for the EU to rescue its leadership role in renewable energy investments. Signs of a global renewable energy race are obvious. The number of people employed by the renewable energy industry increased by 18% and more than one million worldwide in the last year, reaching 7.7 million jobs. At the same time, in stark contrast to these global trends, renewable energy employment in the European Union has declined, reflecting “a sharp decrease in overall investment as well as adverse policy conditions”.

Europe’s success in renewables has been driven by binding national renewable energy targets. Let us not lose the renewables race we initiated.

This article is based on a briefing titled “Effective governance for the EU 2030 renewable energy target – NGO policy recommendations” published by CAN Europe, Greenpeace and WWF on 15th June 2015.