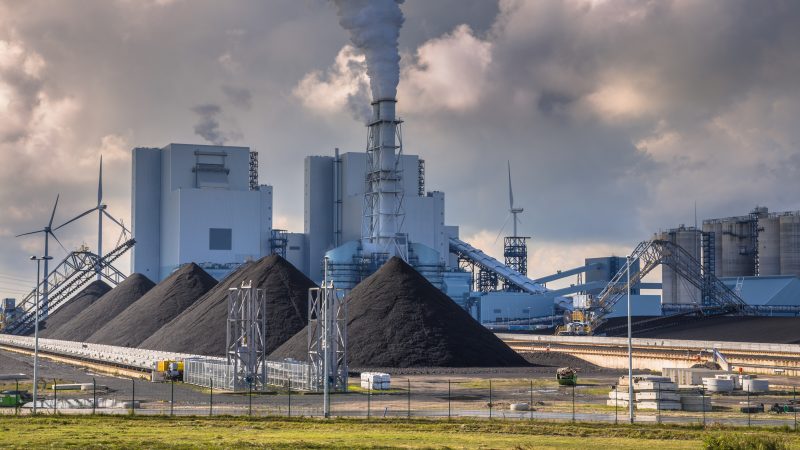 The G7’s failure to agree a concrete exit date for coal leaves the EU as the only global heavyweight able to provide leadership, argues Pieter de Pous, saying the European Commission’s upcoming ‘Fit for 55’ package provides the best opportunity to do that.

Pieter de Pous is a senior policy advisor on climate and energy policy at E3G, an independent European climate change think tank with a global outlook.

Powering past coal has been one of the EU’s best-kept secrets. The publication of its landmark Fitfor55 package is a good moment to reveal the secret and show how it will complete the last stretch.

The choice of energy mix is a fiercely defended prerogative of the EU’s member states. It is one of the reasons why, in the past, the EU and in particular the Commission rarely spoke about how the EU’s energy mix is evolving.

For a few years however, the EU energy debate has started to become more explicit. 2021 has seen the EU emerge as an actor on coal diplomacy pushing for an end to Chinese coal financing as part of its High Level Climate Dialogue with China.

And the unanimous adoption of a new Foreign Energy and Climate Policy calls for a global phase out of coal giving the Commission a powerful mandate to work with.

A closer look at the EU’s power mix explains this new assertiveness. Since 2015 coal power generation in the EU has halved. If this past trend continues, EU coal power use would be zero as soon as 2026. In July 2020 renewables were at 40%, for the first time ever making up a larger share of the EU’s power mix then all fossils combined.

Supported by a new US administration and complementing the work done by the UK and Canada led Powering Past Coal Alliance this EU effort has led to some early results.

However, the International Energy Agency’s new Net Zero scenario and the benchmarks it sets for the world to achieve zero emissions by 2050 show that much remains to be done. OECD countries must have coal-free power by 2030 and unabated gas-free power by 2035 with the rest of the world reaching a fossil-free power mix by 2040.

The G7 leaders summit in Cornwall failed to agree a concrete commitment on coal. Leaders inability to go beyond a pledge from G7 Ministers for an ‘overwhelmingly decarbonized power sector by the 2030’ was a result of US cold feet, showing that US domestic politics still overrule international policies in this field.

This is hampering the ability of the US to persuade countries like Japan, South-Korea or China to choose coal retirement pathways aligned with zero emissions by 2050.

It leaves the EU as the only global heavyweight to provide leadership. And the forthcoming publication of its ‘Fit for 55 Package’ which will ensure delivery on the EU’s new climate ambition for 2030 presents itself as the moment to shine.

The impact assessment that underpinned the EU’s new 55% climate target for 2030 already shows that this implies a near-complete coal phase-out by 2030 in the whole EU.

Recent developments at the national level confirm this. 16 EU member states are already members of the Powering Past Coal Alliance (PPCA) and committed to phasing out coal by 2030 with one more joining this week.

Germany, also a PPCA member, has just overruled its 2038 coal phase out plan with a new more ambitious climate law that makes a 2030 phase out inevitable. In countries like Czechia, Romania, Slovenia and Croatia discussions are taking place to phase out coal in the early 2030s. And in Poland the first coal region, Eastern Greater Poland, just joined the PPCA with a commitment to complete its transition by 2030.

The EU should present the Fit for 55 package as their plan for a zero emission power system by 2035 with coal being out of the mix by 2030. This is in line with market and national policy developments in almost all member states and would send a powerful message to international partners.

It would boost EU credibility as a coal diplomacy actor, and that of the IEA’s Net Zero scenario, in parts of the world where debate on coal retirement is less advanced.

The EU was founded in the 1950s as a Community of Coal and Steel. The fact that the EU is now well on track to powering past coal by 2030 is testimony to the EU’s ability to modernize and adapt itself to a changing world and is something that should be celebrated, not hidden away.