The EU needs to make its upcoming climate and energy legislative package ‘Fit for 1.5°C’ 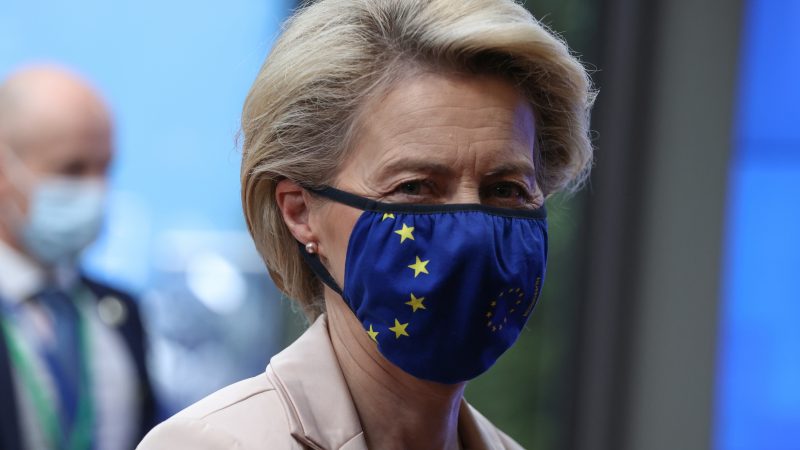 It's time for the EU to roll up its sleeves and make sure that its climate legislation is in line with the Paris Agreement, writes Wendel Trio [MICHAEL SOHN / EPA-EFE]

A post-COVID Europe must make far more effort when it comes to tackling climate change. Even with its recently enhanced target of at least 55% emissions reduction by 2030, the EU still fails to keep us safe from a climate catastrophe, argues Wendel Trio.

Wendel Trio is the director of Climate Action Network Europe, a coalition of environmental NGOs.

It demands recognition that the EU has recently increased its 2030 climate target and now aims to reduce net greenhouse gas emissions by at least 55%, instead of 40%, by the end of the decade. This has been a step in the right direction, yet it is still not enough for the EU to comply with its commitment under the Paris Agreement and limit temperature rise to 1.5°C.

The fact is that we should and can do much more. As the European Commission is putting the final touches to the ‘Fit for 55’ legislative package, the time is right to look into how to overshoot the EU’s current climate target and pave the way towards reaching climate neutrality in 2040.

With the current pledges from the EU and other major emitters, the world is still heading towards a global temperature rise of at least 2.5°C by the end of this century. It has been estimated that such a dramatic temperature increase trajectory will cause 8.0% GDP loss in Europe already by 2050.

As a rich economy, as well as a major historic emitter, we should therefore strive for emission reductions of at least 65% by 2030. Only such a substantial cut will represent the EU’s fair contribution to achieving the Paris Agreement goal. For this to happen, we need to make the Commission’s legislative package ‘Fit for 1.5°C’.

The Commission’s proposals are expected to include the revision of the EU’s core climate and energy legislation, including those that deal with emission reductions, through the emissions trading scheme and national policies, as well those focusing on increasing energy savings and renewable energy production.

To be successful in tackling climate change, all pieces of this legislation must go for their maximum of ambition. In no way can we afford to end up with a framework that allows for accounting tricks or fungible targets, and where progress in one sector is used to undermine the effort needed in other ones.

All sectors need substantial reductions achieved with the right measures that are adapted to national realities. Therefore, the new climate and energy targets must be not only far more ambitious than now in order to overshoot the collective -55% goal but also be binding for all Member States.

It is the role of Member States to translate these targets into action. Governments need to take full responsibility and be kept accountable for achieving targets in each sector. However, the current system fails to push them to higher ambition and lacks strong enough tools in case a Member State fails to deliver.

There are still some Member States that do not even meet the very minimum level of ambition indicated in their country-specific benchmarks for a given sector. Therefore, in order to further prioritise action on climate change, the upcoming legislative package needs to significantly strengthen the EU’s governance, compliance and reporting mechanisms.

At the same time, Member States are also the first ones to harvest all the benefits of a clean transformation. What is more, with the revamped EU budget and the Recovery and Resilience Facility, they also have a once-in-a-life-time opportunity, and a window being open this year only, to ensure funding for a sustainable and inclusive investment process.

Let’s also not forget the Commission’s legislative package will be discussed right ahead of the COP26 summit, which is due in November 2021. All the EU’s climate and energy revisions must therefore be in line with the planned proposals and commitments for an ambitious energy transition — away from fossil fuels and towards a 100% renewable energy based system.

As the world faces a collective climate challenge, going for 1.5°C compatible policies will help the EU bring on board other big emitters, such as the US and China, as well as many developing countries and emerging economies around the world. With a ‘Fit for 1.5°C’ legislative package, meeting the Paris Agreement goal will therefore be much more achievable globally. It’s time for the EU to roll up its sleeves!