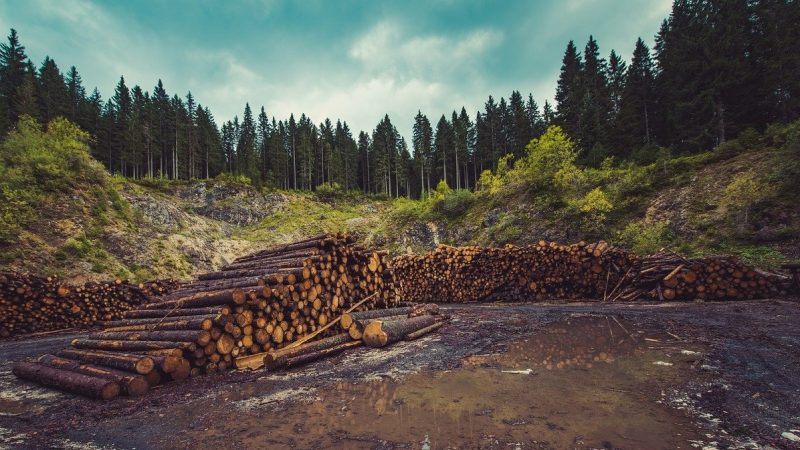 The world's economy is reliant on forests and the services they provide - it's time we start treating them like it, argues Daniel J. Zarin [Free-Photos / Pixabay]

The world’s economy is currently a free rider on the vital services forests provide. This system needs to be replaced by investment into forest protection which sees trees as what they are – the natural infrastructure our economy is dependent on, argues Daniel J. Zarin.

Daniel J. Zarin is the executive director of Forests & Climate Change at WCS (Wildlife Conservation Society) and a board member of the Architecture for REDD+ Transactions.

Since 1850, the average temperature on Earth’s surface has gone up 1.2°C – mostly because we’ve increased the carbon dioxide concentration of the atmosphere by nearly 50% since then.

We feel the impacts of that global change in the form of more severe droughts, heatwaves and wildfires, and more severe storm systems, including the recent crop of devastating hurricanes and flooding.

Fortunately, nature has protected us from worse impacts. Forests are removing about a third of the carbon dioxide we emit each year from burning fossil fuels.

The global economy is a “free-rider” on these services forests provide. We take them for granted, but without forests, the impacts of climate change would likely be 30-50% worse, and considerably more expensive.

We should invest in protecting the world’s forests as if they were basic natural infrastructure upon which our economy depends, because they are. Instead, private investment, sometimes publicly subsidised, accelerates activities that erode this infrastructure and its effectiveness.

Until a few hundred million years ago, there were no forests. Back then, the Earth’s atmosphere had half the oxygen and ten times as much carbon dioxide. The average surface temperature was about ten degrees Celsius hotter than today. That’s about 78 degrees Fahrenheit compared with the 2020 global average of about 59 degrees Fahrenheit.

Forests changed the chemistry of the atmosphere by storing carbon and contributing to the more oxygen-rich environment we enjoy today.

And forests pumped massive amounts of water from the ground into tree root systems, up through tree trunks and branches, and back into the atmosphere through their leaves. This created moister, cooler environments and the conditions for forests to expand.

The economy we depend on now is fundamentally based on nature. The conversion of “natural capital” – land, water, mineral resources, plants, and animals – to product and revenue streams reflects our material economic history. We’ve depended heavily on coal, oil, and gas for the past 170 years, but burning those fossil fuels returned to the atmosphere the hundreds of billions of tons of carbon dioxide that forests removed aeons ago.

But Brazil is approaching a threshold where more deforestation will mean less agricultural production, not more, because more deforestation in the Amazon will reduce rainfall in the state of Mato Grosso – Brazil’s leading producer of soy, corn, cotton and cattle. In this context, “business-as-usual” is not a winning strategy.

So how do we make forest protection profitable? The growth in carbon markets can help on the margins, particularly for forests at the frontier of agricultural expansion, because carbon credits can be produced in places that reduce their emissions below a historic baseline.

Corporate purchasers consider those credits as “offsets” for harder-to-reduce emissions from sectors like aviation.

Market demand may even sufficiently incentivise countries that have accelerated deforestation in recent years to reverse course going forward and get paid for the difference.

That’s the premise of the public-private initiative announced as the Lowering Emissions by Accelerating Forest finance (LEAF) Coalition at President Biden’s Earth Day Climate Summit back in April, and it is a worthwhile and laudable step. But it’s not enough.

The global economy also needs to find ways to appropriately value the essential infrastructure services that forests provide before they are further damaged and diminished by forest degradation and deforestation, and by climate change itself.

The current free-rider position is not tenable in a world where the economy is dependent on these services and is actively undermining them at the same time.

But the global economy mostly interacts with the natural world in adversarial ways. We extract and we pollute, and the scale of our negative impacts now threatens the continued flow of services from nature on which the global economy itself depends.

We can change this if we act now, adapt, and find new ways to spur tens of billions of dollars of investment each year to protect forests in ways that deliver positive results on the ground and provide returns on investment commensurate with the value those forests provide to the global economy.

That would be a real win-win scenario. The alternative is a deeply impoverished planet. Our window for impactful change will close by the end of this decade.

As we approach the upcoming climate conference in Glasgow, there is no better time for the world’s leading financial institutions to come together with conservation organisations, willing governments, and forest-dependent communities to make protecting the world’s forests a viable investment proposition at the scale needed to maintain and grow a sustainable global economy.