The assumption that BECCS at scale can provide carbon dioxide removals is wrong. At worst it could even accelerate climate change, writes Julia Christian. [Jay Huang / Flickr]

Julia Christian is a campaigner at forest and rights NGO Fern.

In years to come, the summer of 2018 could be seen as a seminal moment: when climate change shifted for many from an abstract concept to a frightening reality.

Scientists say that the “signal of climate change is unambiguous” in this summer’s blistering temperatures, a stark illustration that time is rapidly fading to limit global temperature rises to  1.5 degrees Celsius, the aim of the Paris agreement on climate change.

But to achieve this, cutting carbon dioxide emissions won’t be enough, say most climate scientists. They will also have to be removed from the atmosphere – so-called negative emissions. And the negative emissions proposal currently attracting the bulk of attention is Bioenergy with Carbon Capture and Storage (BECCS).

In short: carbon is absorbed by growing trees or energy crops, which are burned to generate energy, then the emissions are captured from the smokestack and buried. The theory is that the more energy generated, the more carbon dioxide will be removed from the atmosphere. 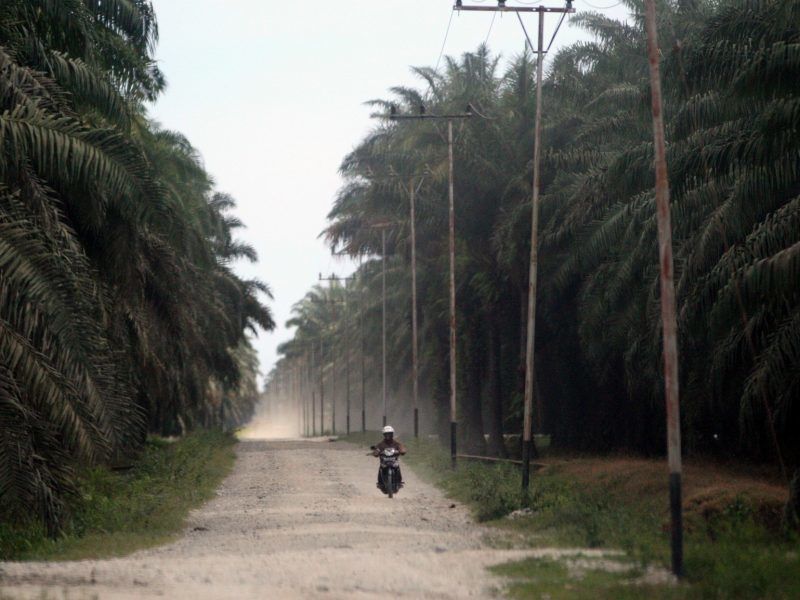 The European Commission is in the midst of preparing  a long-term strategy for reducing the European Union’s greenhouse gas emissions, and its public consultation closes on October 9. The consultation specifically calls for “opinions on technological… pathways”.

We believe that BECCS, particularly on large-scale – which seen as a “saviour technology” by some – must not be included. As we show in a new briefing, placing our faith in this unproven technology is loaded with dangers and uncertainties: for people, nature and the climate.

It compounds one of the EU’s major policy failings in recent years: burning wood for energy on the flawed assumption that it’s carbon neutral.

The scientific consensus that burning wood is not carbon neutral is now overwhelming. Even in a best-case scenario where bioenergy is made from ‘additional biomass sources’, carbon capture and storage (CCS) only captures emissions released from burning biomass. No mention is made by its proponents of the emissions released by the soil when a forest is logged, indirect and supply chain emissions related to biomass growth, transport, refining, capturing and storing, nor the foregone sequestration from the tree that would have grown bigger had it not been cut. These could considerably reduce the positive impact of the capture and storage of the combustion emissions.

So the assumption that BECCS at scale can provide carbon dioxide removals is wrong and at worst it could even accelerate climate change.

Another major drawback is the vast amount of land that BECCS would require.

It’s been estimated that growing dedicated crops for BECCS would require 0.1-0.4 hectares of land per hypothetical tonne of carbon removed. The amount of land needed differs depending on the climate scenario, but one example which would give us a 50 per cent chance of meeting the aim of keeping global warming below two degrees would require the growing of biomass on a land area 1-2 times the size of India (380–700 million hectares). This would have dramatic impacts on food, water and biodiversity, turning our landscapes into monoculture plantations.

So what could work?

The answer is surprisingly simple. Protecting and restoring natural forests would benefit biodiversity and bring climate and social benefits. A forthcoming scientific report commissioned by a group of NGOs including Fern underlines this: revealing that, when coupled with deep emissions cuts and halting deforestation, it can limit warming to 1.5C.

Unlike BECCS, restoring natural forests’ climate benefits are tried and tested. Forests already store large quantities of carbon and they have been sequestering it for hundreds of millions of years.

If they are protected and managed with the full inclusion of those who live in and depend upon them, forests can help us achieve the targets of Paris Agreement and the Sustainable Development Goals.

Combined with deep and rapid emissions cuts and a concrete plan to halt deforestation, this ‘natural technology’ should be at the heart of the EU’s long-term decarbonisation strategy.

For more information about the forthcoming scientific report that provides a 1.5C compatible pathway with no reliance on BECSS, contact Julia Christian, forest and climate campaigner at Fern.