To stop deforestation, banks too must be reined in

By Christoph Thies and Irene Wabiwa 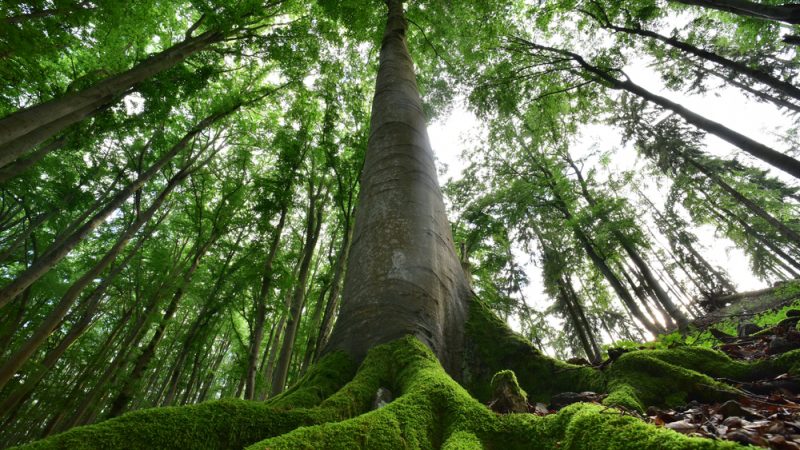 A tough EU law on forest commodities must include both trade and the financial sector, write Irene Wabiwa and Christoph Thies. [SHUTTERSTOCK]

A tough EU law on forest commodities must include both trade and the financial sector, write Irene Wabiwa and Christoph Thies.

Irene Wabiwa Betoko is the International Project Leader for the Congo Basin forest with Greenpeace Africa; Dr. Christoph Thies is a forest and climate campaigner with Greenpeace Germany.

Mbil Thomas was a central stop in the hunting and gathering routes of Indigenous Baka People in Cameroon’s rainforest. Its trees provided fruit and honey and medicine for pregnant women and against malaria. It is also where Baka ancestors were buried, a sacred site overseen by the forest spirit, Jengi.

When rubber company Halcyon Agri stepped into the rainforest to set up its second plantation in central Africa, none of this mattered. Halcyon Agri’s subsidiary “arrived in 2012 and entered the forest without asking for anyone’s opinion. We just learned they were already there,” according to a testimony collected by Greenpeace Africa.

Another member of the community recalled bitterly: “We were told not to go to our forest camps anymore.”

Today, Mbil Thomas remains abandoned, inaccessible to Baka people. Other forest camps were razed to the ground. The forest was never returned to its customary indigenous owners. The Baka people were never compensated for almost a decade of lost livelihood and a culture that was bulldozed over.

Halcyon’s bulldozers were equally oblivious to the climate crisis: the Congo Basin rainforest remains the largest remaining carbon sink in the world.

The company was also indifferent to biodiversity: its plantation has destabilised the Dja Faunal Reserve, a UNESCO Heritage Site, which is one of the largest and best-protected reserves in Africa and home to gorillas, drills, leopards, forest elephants, and over 1,500 known plant species, 103 other mammals and 320 bird species.

Opposition to the project gradually grew not only from research organisations, local and international NGOs, as well as from UNESCO and even from Norway’s Government Pension Fund, which divested from Halcyon Agri in response to its actions.

Seven years later and after trashing more than 10,000 hectares of rainforest (an area about the size of Paris), the company halted its forest clearing operations. That didn’t help its business.

By June 30, 2020, Halcyon Agri Corp posted a net loss of $40.4 million, widening from a loss of $3.4 million the year before. It turns out that destroying rainforests and displacing Indigenous People is not what it used to be.

Yet in July 2020, things took a positive turn for the ailing rubber firm. Deutsche Bank announced “an innovative new loan” of $25m to Halcyon Agri to finance investments for its plantations, promising “a new standard for the rubber industry.”

Concerned about what the bank’s ambitious target of spending €200 billion on sustainability by 2025 might mean in light of this so-called “sustainability loan”, we alerted the bank’s sustainability unit that sponsoring Halcyon Agri is an offer to greenwash any company engaged in environmental crimes and human rights abuses.

Deutsche Bank’s representatives refuse to reconsider the “sustainability loan” and its terms.

The financial sector likes to tell investors that it’s reckoning with the gravity of the threats to the planet. In the first six months of 2021, about $294 billion were raised in the sale of green bonds, a little behind the record $309 billion sold during all of 2020.

That could be a good thing, but painting bonds and loans to companies like Halcyon Agri in green isn’t just irresponsible to investors. It increases the gap between a sense that progress is being made and the grim reality of extreme weather and ecosystems collapsing.

The same confusing trend is common among pension funds too: while promising to “lead(ing) the way on climate investing,” the 10 largest U.S. public pension funds are still heavily invested in big corporate polluters.

It’s unlikely that any NGO will push large financial institutions to toss away their vague definitions, opaque criteria, and loose monitoring mechanisms. For the financial sector to play a role that isn’t detrimental and even positive, regulators must step in.

Governments must rein in companies like Halcyon Agri, as well as financial bodies like Deutsche Bank. Next to meat, soy, and palm oil, natural rubber must be included as a key forest and ecosystem risk commodity in an upcoming EU law to halt deforestation and forest degradation.

Sustainability requirements must strictly address human rights impacts, deforestation, forest degradation, and the conversion or degradation of natural ecosystems other than forests. New legislation should also cover the financial sector, subjecting it to equivalent due diligence obligations and sustainability requirements as commodities and products.

Finally, it must establish requirements for supply chain transparency and traceability, as well as a comprehensive enforcement framework. That would be one way to honour the Baka people and their ancestral land and forest they were forced to leave behind.