The three countries are working together to join forces with a view to strengthening global action in the fight against climate change and galvanising global momentum for the implementation of the Paris Agreement.

Here are four reasons why people of the Western Balkans and Turkey will be looking to see just how serious China and the EU are about global action in fighting climate change:

Although China decreased its carbon footprint by shelving new coal projects at home, including those under construction, and shifting its business-as-usual to a low-carbon one, it keeps financing new coal elsewhere, including in Europe. Chinese loans and investors in the Western Balkans and Turkey are supporting a substantial pipeline of new coal plants, which will do more than lock assets in what is a sunset industry. These projects, if realized, will continue to fuel dangerous climate change for decades to come.

China now has an outstanding opportunity, as the country is likely to over-achieve its own 2030 carbon reductions targets and its renewable energy targets, to also refrain from resuscitating coal industries abroad. Chinese banks and investors should resist the temptation of financing new coal projects in Turkey and Western Balkans, places of abundant potential for a transition to renewable, sustainable and Paris-compatible energy systems. Leadership means leading by example not only at home, but also abroad.

Chinese finance and European tolerance for coal during its pursuit of regional stability and improved neighbourly relations, especially in Western Balkans, where Europe wants to keep a “credible enlargement perspective” open to membership hopefuls, continues to delay urgently needed energy transition by maintaining uncertainty and extending lifelines to an otherwise dying coal industry. All funds could and should have been used to jump-start energy transitions to renewables and energy efficiency. The potential for this is great. Between them, the EU and China have an outstanding opportunity to synchronise own actions in the region through both the Energy Community and the Belt and Road Initiative, thereby ensuring valuable resources for urgently needed low-carbon energy transition are not consumed by new coal projects.

China needs to make sure that its Belt and Road Initiative is fully climate-friendly and inoculated against new coal projects and other fossil fuel investments. Action always speaks louder than words.

Take the example of the planned thermal power plant worth an estimated $1.7B to be established in Turkish Adana province. The Emba Hunutlu Thermal Power Plant in Adana’s Yumurtalık district is the biggest Chinese direct investment project in Turkey and happens to be a new coal power plant of 1320 MWs to be developed by a joint venture led by Chinese Shanghai Electric Power Co. The project is strongly opposed by civil society and local communities. It is led by Shanghai Electric, a Chinese multinational which is also known for its renewable investments. Ambitions of climate leadership will demand better synchronisation of Chinese foreign investment than has been the case to date.

For the countries of Western Balkans and Turkey, now is the opportunity to clean up the air we all breathe, to relieve public budgets of the drain by coal subsidies necessary for keeping this polluting industry afloat and to jump-start new economic opportunities and jobs in renewables. It is important that Chinese loans flow in the right direction, and investors could help make this happen instead of developing new coal. 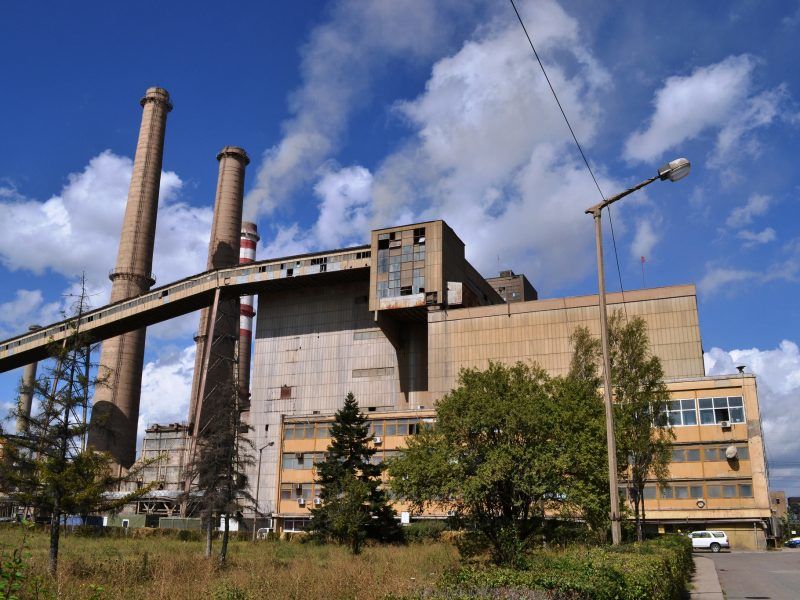 When it comes to climate leadership, coal is the first to phase out, not only because coal, regardless of the technology used to burn it, pumps the largest amount of carbon emissions of all fossil fuels, but also comes with a huge societal burden due to its pollution and health impacts, which are very well known to both the EU and China. This issue affects people in both Turkey and the Western Balkans.

In fact, due to this very reason, the EU now has much stricter emissions limits for large combustion plants causing many existing coal plants to retire. For the moment, however, these new limits do not fully apply to Turkey and the Western Balkans. The window of extra time available to these countries to reach the same emissions standards should not be used by Chinese loans and investors to drive the energy sectors of the region into an all-but-certain emissions dead end.

For the EU, now is the opportunity to back up the promise of a credible future in and with the EU by insisting on own emission standards and regulations being prioritised on a timely basis so as not to preclude future integration.

Let’s hope that both the EU and China will live up to responsibilities of climate leadership and use every opportunity to support the countries of the Western Balkans and Turkey to move beyond coal and onto the path of health, prosperity and sustainability. This means renewable energy sources and energy efficiency – not new coal.