The European Commission is in the process of updating its cost assumptions for things like wind turbines, electric vehicles and building renovations. The result of that analysis will be decisive for Europe's climate ambitions, writes Brook Riley. [Shutterstock]

Now that EU leaders have signed up to delivering climate neutrality by 2050, the Commission is busy analysing the impacts of a higher 2030 emissions target. Results are expected in the summer, and the assessment will be the basis for a new package of revised climate, energy and transport legislation.

In climate terms the stakes are huge. A good Commission impact assessment of the costs and benefits of higher ambition cannot guarantee Member State and EU Parliament support, but a bad one is a recipe for disaster.

This is what happened six years ago, when the Commission first proposed a 30% by 2030 energy efficiency target (a big win at the time). Sadly, a graph in the accompanying impact assessment implied that the EU’s cost-effective potential was only 27%.

It was an obvious mistake: all investment costs had been stacked up against just one benefit – energy import cost savings. But it gave British Prime Minister David Cameron an opening to block higher ambition and, according to government sources, bolster his eurosceptic credentials. How can the Commission call for 30%, he asked, when its own analysis recommends 27%?

The Commission tried again in 2016, but with better methodology which clearly listed the effects of higher ambition on air quality, jobs, GDP, energy security and greenhouse gas emissions. For political reasons (promises to Member States) the Commission recommended the same 30% efficiency target as before, but its assessment gave progressive countries and MEPs the arguments they needed to negotiate a deal for 32.5%. That two and half percentage point gain is the same as the combined energy use of Bulgaria, Ireland and Greece.

Back to the present and the new era of impact assessments. What do we know about the Commission’s methodology? Is it good enough to sell higher ambition? Here are three points to look out for:

First, technology costs. The Commission is in the process of updating its cost assumptions of (for example) wind turbines, electric vehicles and building renovations. Costs are falling steadily, which builds support for higher ambition. Last June, Estonia opposed climate neutrality but signed up after the summer when updated analysis showed that the costs of going climate neutral were comparable to old cost assumptions for 80% emissions cuts. Still, even the latest numbers quickly become obsolete, and using current data to model future costs inevitably means exaggerating total investment needs.

Second: the cost of capital, or discount rate. It is a geeky, technical issue, but its impact on modelling is just as crucial as the interest rate is when buying a home: the lower the rate, the more you can afford. The Commission’s current practice is to assume a 10% cost of capital for all economic sectors (industry, services, transport, households). This is an improvement: back in 2014, modellers used an exceptionally high 17.5% discount rate for buildings – more than the rate oil companies were using at the same time in Iraq.

But 10% still seems too much. In today’s world of negative interest rates and low bond yields, a pension fund financing a wind farm will provide capital at a much lower interest rate than 10%. Meanwhile, home renovations are typically financed from personal savings, with a zero cost of capital, or with extensions on mortgages, which in the EU range from 1% to about 6% (the eurozone average is about 1.5%). Since the Commission can fully justify a lower discount rate, it must use one.

Third, estimates of avoided climate damages need to be in the impact assessments. You would think this is obvious, given that the whole point of climate action is to minimise damages. But Commission modellers aren’t convinced. They bleakly point out that if only the EU goes climate neutral, global warming and climate damages will continue unchecked in Europe. True, but that is a worst case scenario. What policymakers need to see is a range of avoided costs depending on the level of global action: for example, one scenario which assumes global efforts in line with 1.5°C, another with 2°C, a third with 3°C.

So is the impact assessment methodology fit for purpose? Will it support the case for more ambitious 2030 climate and energy goals? Yes, providing the Commission captures all the available evidence and presents it in an accessible and convincing way.

Many policymakers don’t see into the modelling engine room, don’t know the assumptions behind the headline figures and need to see all the arguments. After that, it comes down to political will. 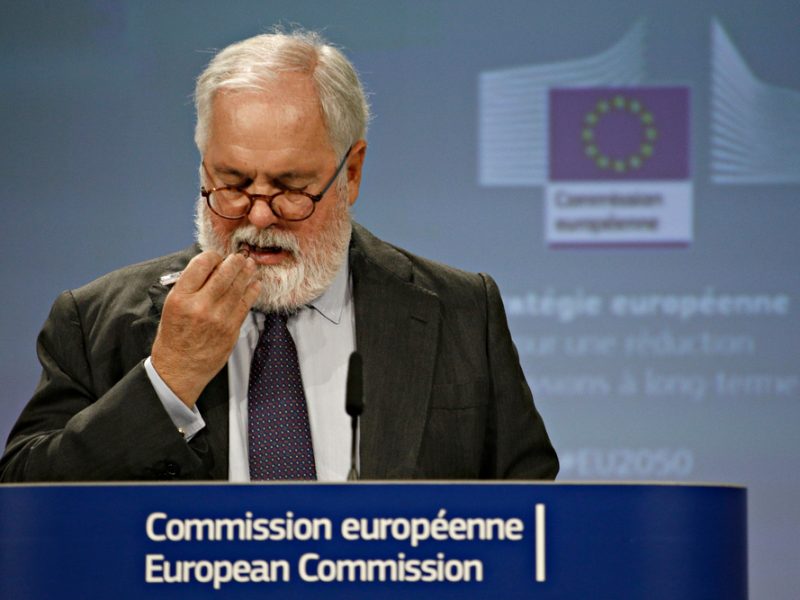