Why President Juncker got it wrong on the environment 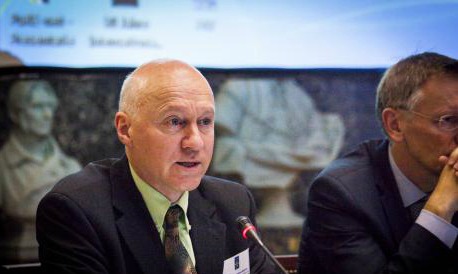 The Juncker Commission appears to be less interested in a Europe that responds to citizens’ needs or achieving a transition to a sustainable economic model, and more interested in pandering to short-term business interests, writes Jeremy Wates, but gives the President the chance to prove himself.

It was always known that 2014 would be a year of changeover for the EU institutions – it was simply part of the calendar. And it was widely suspected that it would involve significant changes in the composition of the Parliament, with a shift towards Euroscepticism and parties of the extremes.

What few suspected was that the big story for the environment would be not the changes in the Parliament but those in the Commission. And that it would involve the biggest reorientation away from environmental priorities in decades.

The audacity of the attack on the environment through the set-up of the new Commission has been breathtaking. Although much has been written about this since President Juncker’s plans were announced on September 10th, it is worth recalling some of the main elements:

In the original Juncker proposal there was no reference whatsoever to environment or sustainability in the proposed mandates of any of the Vice-Presidents, in line with the approach of the political guidelines.

Following the outcry from the public and a cross-party group of MEPs about the treatment of environment in the proposal, this last point was rectified to some extent with the addition in the mandate of First Vice-President Timmermans of a horizontal responsibility for ensuring the coherence of proposals from the new Commission with the principle of sustainable development.

Although a small step in the right direction again, it remains to be seen to what extent it will be turned into something operational, and the initial signs are not promising, with Timmerman’s new sustainability mandate not considered important enough to make it into his job title.  And last week he attempted – yet failed – to kill a deal on measures to reduce pollution from plastic bags, in direct contradiction to his pledge to the European Parliament that ‘better regulation will fail if it is an attack on environmental protection’.

Of immediate and intense concern is the fate of the air and circular economy packages. Vice-President Timmermans has been charged with the task of reviewing within the first three months whether or not to pursue legislative proposals that were brought forward by the Barroso II Commission.

There are compelling substantive reasons why these two packages should go forward. The air package aims to tackle well-known pollutants that are responsible for more than 400,000 premature deaths per year and up to €940 billion in health costs per year. The circular economy package is critical to stimulating employment – the revision of the waste legislation proposed in the package is estimated to create 180,000 new jobs – reducing demand for costly imported resources and moving Europe towards the more resource-efficient society envisaged in the Europe 2020 Strategy.

But aside from that, if each incoming Commission would review and potentially withdraw legislative proposals that are already in the co-decision process and which have been laboured over for several years by the Commission services, this would be a staggering inefficiency in a body that claims to promote better regulation, and would further undermine public trust in the EU.

If President Juncker wanted to cut red tape to make the EU less unpopular, he has got it fundamentally wrong by going after the environment. Successive polls show that action at EU level is very popular among the European public, the latest Eurobarometer in September revealing a massive 95 % of citizens in favour of action to protect the environment.

At the same time, there is no evidence whatsoever that rolling back environmental protection would stimulate jobs and growth. On the contrary, the green technology sector is one of the few parts of the economy that actually did well during the recent years of recession.

The impression is that President Juncker is less interested in a Europe that responds to citizens’ needs, especially those of future generations, or achieving a transition to a sustainable economic model, and more interested in pandering to short-term business interests.

The picture is extremely bleak. But despite an unpromising start, it will be important to give the Juncker Commission the chance to prove itself. It is in that spirit that the EEB will engage in the months ahead.

At a high-level conference to mark its 40th anniversary on 1st December, the European Environmental Bureau will discuss the challenges facing nature, climate and the green economy, and plan a course of action to get European environment policy back on track with the priority it deserves.

EEB: 40th Anniversary Conference (1 December 2014): Check out the line-up of speakers at www.eebconference.eu. To join the debate and help shape the future for Europe’s environment policy: Twitter from 9am #EUcrossroads