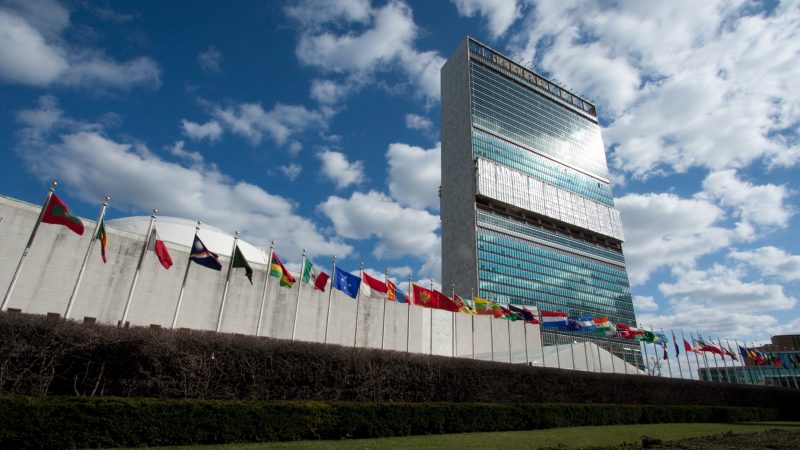 United Nations Secretary General Antonio Guterres has convened a global climate summit in New York on 23 September, back to back with the UN general assembly. [Julien Chatelain / Flickr]

Foreign ministers from the 28 EU members are meeting in Brussels on Monday, with international climate diplomacy high on the agenda.

United Nations Secretary-General Antonio Guterres has convened a global climate summit in New York on 23 September and Europe wants to use the opportunity to spur world nations into action on climate change.

“Climate change is a direct and existential threat, which will spare no country,” the draft EU statement warns, and its impacts already being felt across the globe.

“Yet action to stem it remains insufficient,” it adds, urging all countries to “join in this necessary raising of ambition”.

Guterres has already reached out to some G20 leaders to encourage them to step up their ambition. Countries such as China and Canada are expected to follow that call, raising the pressure on the US, which decided to pull out from the 2015 Paris Agreement.

The draft statement by EU foreign ministers makes repeated references to the latest report by the Intergovernmental Panel on Climate Change (IPCC), which for the first time charted pathways to limit the global rise in temperature to 1.5°C, in line with the Paris Agreement.

“We are not moving fast enough to prevent irreversible and catastrophic climate disruption. In this context, it is a matter of extreme urgency to strengthen the global response to the threat of climate change,” the statement reads, saying the EU considers the upcoming UN climate summit in New York “as an essential opportunity to mobilise political will to raise global ambition for the Paris Agreement goals”.

Aiming for net-zero emissions by 2050

“The big question for the UN summit is whether governments will ramp up climate action or continue ignoring the changes happening all around us,” said Wendel Trio, director of Climate Action Network (CAN) Europe.

“Time to avoid the climate breakdown is running out and citizens are demanding meaningful action now,” he added, referring to the youth climate marches that have been taking place across the globe in recent weeks.

For Europe, the UN climate summit will also provide an opportunity to flesh out its long-term climate strategy for 2050. The European Commission published the draft EU strategy in November, inviting all interested parties to comment on its main recommendation to aim for net-zero emissions by 2050.

The strategy is now being debated in EU capitals, with a final decision on the EU’s 2050 objective expected to be taken by EU heads of states in October, or even possibly in May.

Commission is pushing for Agreement on #ClimateNeutralEU in May (Sibiu Summit) or at October heads of States meeting.

Throw the MFF, #EP2019 and the next EU strategic agenda into the mix and 2019 will definitely not be boring!#climatechange https://t.co/WcBbvYfRIS

But while 2050 appears light years away for most politicians, a trickier debate has started in parallel on whether the EU should raise its climate objectives for 2030.

All signatories of the Paris Agreement have indeed committed to revising their 2030 climate targets by 2020, including the EU and its 28 member states. And the ongoing debate in Europe about the 2050 objective is beginning to weigh on this process.

The head of the United Nations Environment Programme (UNEP) has called on the EU to raise its climate target for 2030 in order to keep in line with the objectives of the Paris Agreement.

“Our numbers show that the EU is currently set to fall short of its 40% objective by 2030,” said Joyce Msuya, the acting executive director of UNEP. “But this goal needs to be revised to 55% if the EU wants to stay within the 1.5°C global warming objective,” she told EURACTIV in a recent interview.

“So there is work to be done, there is a commitment to reach that goal and we are partnering with the European Union to see how we can support it,” Msuya said. 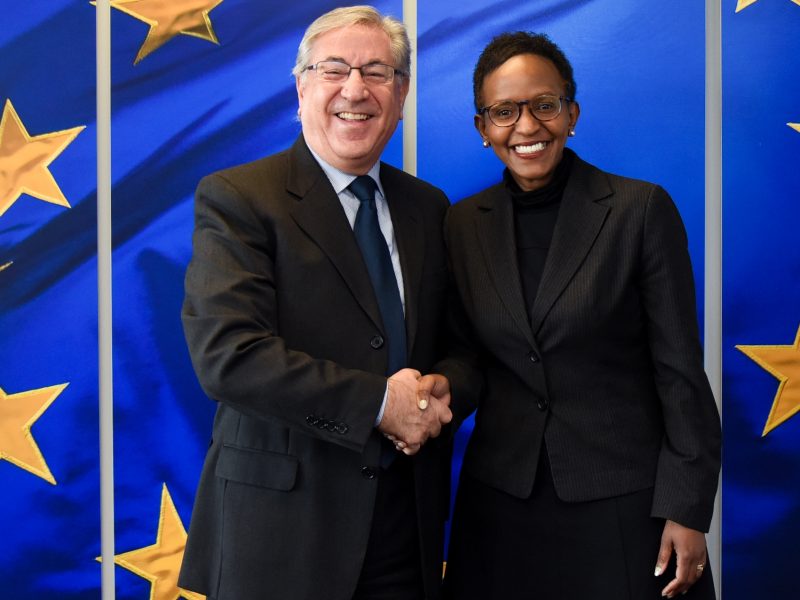 The European Union needs to revise its 2030 CO2 reduction target from 40% to 55% if it wants to meet the 1.5°C global warming objective of the Paris Agreement, says Joyce Msuya.

The European Parliament shares that view. It voted a resolution in October calling on the EU to increase its emissions pledge to 55% by 2030.

However, EU member states – led by Germany – are reluctant to depart from the EU’s 40% emissions reduction objective, even though they signed up to EU legislation on renewables and energy efficiency last year that “de facto” commits Europe to a 45% target by  2030.

“For the EU, the UN summit must be a culmination point for the discussion of the new EU long-term climate strategy,” Trio said, calling on the EU to “move forward the debate on the need to increase the EU’s 2030 climate target.”